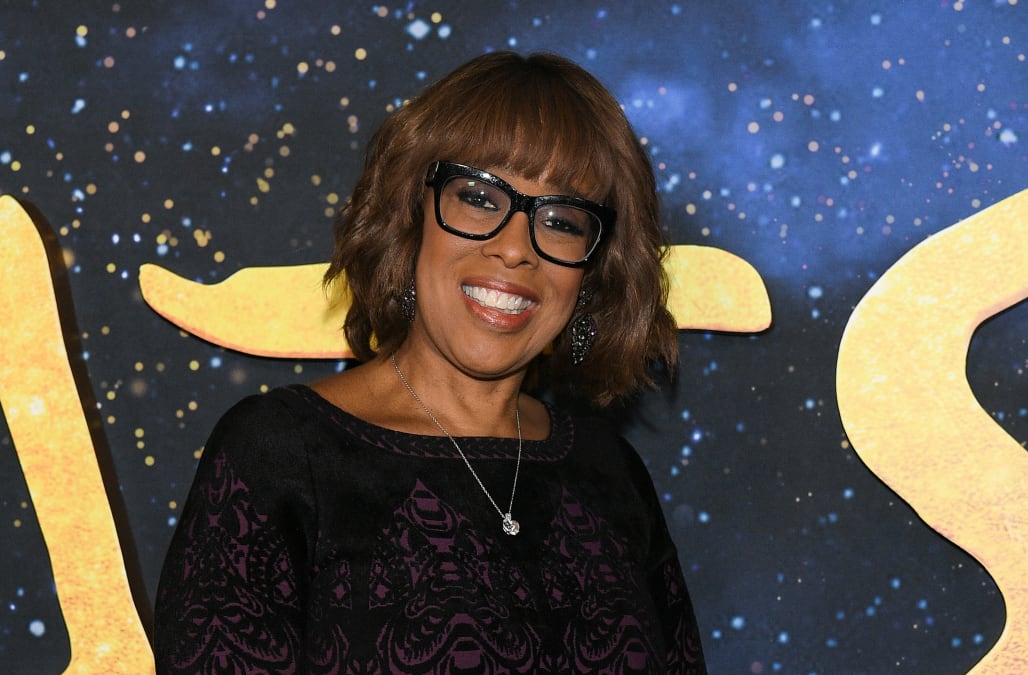 Gayle King has received an outpouring of support from fellow journalists and a few celebrities following the intense backlash she received for her recent interview with Lisa Leslie, in which she asked the WNBA player about her close friend, Kobe Bryant's, 2003 sexual assault accusation.

The clip prompted aggressive backlash from online trolls as well as a few celebs like 50 Cent and Snoop Dogg. King has addressed the criticism, explaining that the clip was taken out of context and that she was "mortified" to see that CBS had put up a clip of what she considered to be the "most salacious" part of her "wide-ranging" interview.

Following the controversy, the hashtag "#IStandWithGayle" was created on Twitter to defend King after the veteran journalist's best friend, Oprah Winfrey, tearfully told the Today show on Friday that King has been receiving death threats and is "not doing well."

Amy Schumer Instagrammed on Saturday, "I stand fiercely with @gayleking one of the most beloved journalists, mothers and friends of our time. However you feel about her interview, her receiving serious death threats is disgustingly unfair and unacceptable."

I stand fiercely with @gayleking one of the most beloved journalists, mothers and friends of our time. However you feel about her interview, her receiving serious death threats is disgustingly unfair and unacceptable. Shame on you CBS for putting her in this position. #standwithgayle

The Today show's Willie Geist tweeted, "I won't amplify them any further here, but the threats against @GayleKing for asking a fair question in the course of a long interview are absolutely disgusting. Gayle is one of the most thoughtful people in our business."

New Jersey Senator Cory Booker tweeted, "For those of you criticizing @GayleKing, go watch her full interview. For many of you, check your misogyny. For those threatening her and inciting violence, stop it immediately. This is unacceptable. We must do better.Gayle, you are grace, honor, decency and professionalism embodied. You are one of the best there is at what you do."

CBS Philadelphia reporter Janelle Burrell tweeted, "As journalists, we often have to ask tough and uncomfortable questions. It's within your right to disagree. What's not okay is to threaten anyone with vile, hate-filled language and death threats. #IStandWithGayle."

Meanwhile, Karine Jean-Pierre, an MSNBC political analyst, tweeted, "When you are a black woman in this country, you feel threatened, and many times people don't stand up for you. #IStandWithGayle." Mia Farrow retweeted Jean-Pierre, writing, "#iStandWithGayle."

Kathy Griffin -- who herself is no stranger to facing intense backlash -- also retweeted Jean-Pierre, writing, "Agree. I will always stand up for you. And I fearlessly and proudly say #IStandWithGayle."

Agree. I will always stand up for you. And I fearlessly and proudly say #IStandWithGaylehttps://t.co/xikAxzqLz8

"A word about my co-host @GayleKing, who unjustly went through a rather rough week," he wrote. "She's one of the most fair & decent people I’ve ever worked with, as well as one of the world's very best interviewers. I'm proud to be her colleague. She has my greatest respect, both as a human & as a journalist. Gayle, we love you & we've got your back."

A word about my co-host @GayleKing, who unjustly went through a rather rough week. She’s one of the most fair & decent people I’ve ever worked with, as well as one of the world’s very best interviewers. I’m proud to be her colleague. She has my greatest respect, both as a human & as a journalist. Gayle, we love you & we’ve got your back. @cbsthismorning

On Sunday, ET spoke with Katie Couric at Vanity Fair's Oscars after-party, and she praised King for taking to Instagram to explain her side of the story.

"We're living in very fraught times and I think that things explode and I think Gayle was really smart to make sure she put it in context," Couric told ET. "I think it was a mistake, things get misunderstood, taken out of context and then they just explode at the speed of sound."

"I think you just have to be extra careful, extra sensitive, and extra thorough about the material that gets disseminated in the world," she added.

A spokesperson for CBS News told ET in a statement on Thursday: "Gayle conducted a thoughtful, wide-ranging interview with Lisa Leslie about the legacy of Kobe Bryant. An excerpt was posted that did not reflect the nature and tone of the full interview.  We are addressing the internal process that led to this and changes have already been made."

On Friday, Winfrey said King was feeling "very much attacked."

"She is not doing well and feels that she was put in a really terrible position because that interview had already ran," she shared. "And in the context of the interview, everyone seemed fine, including Lisa Leslie, and it was only because somebody at the network put up that clip. And I can see how people would obviously be very upset if you thought that Gayle was just trying to press to get an answer from Lisa Leslie. She obviously, all things pass, she will be OK, but she hasn’t slept in two days."

Meanwhile, Snoop Dogg -- who shared an expletive-filled video of himself disparaging King on Instagram, and threatening, "How dare you try to tarnish my motherf**king homeboy's reputation, punk motherf**ker. Respect the family and back off, b**ch, before we come get you" -- has since clarified his comments after receiving backlash of his own. In a follow-up video, he said he was a "non-violent person" and wanted "no harm" to come to King.

More from ET Online:
Jennifer Aniston envisions 'kids running' and 'laughter' in her future as she marks 51st birthday
Jennifer Lopez had one major craving after her Super Bowl halftime performance
Khloe Kardashian says Kourtney ‘ruined’ her post-Oscars night out with Kylie Jenner