Insane 'Bachelor' ending theory whips fans into a frenzy: 'I went down a rabbit hole' 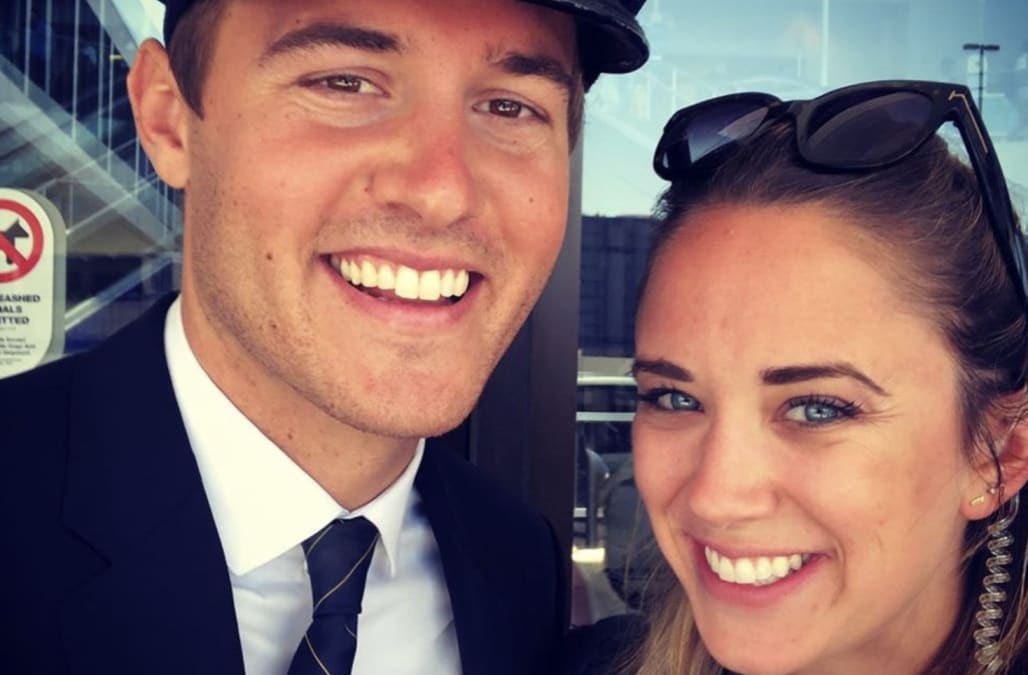 Many “Bachelor” fans (at least, those heavily involved in spoiler culture) are painfully aware that no unofficial news has yet spilled on the lucky lady Peter Weber ends up with at this season’s end.

The lack of credible spoilers has led viewers’ imaginations to run wild with speculations over who Weber may propose to (if anyone at all) — and the guesses truly took a turn for the fantastic this week.

One recent fan theory shared on Reddit sees the 28-year-old pilot end up with one of the show’s producers, Julie LaPlaca.

While that sounds positively bonkers, host Chris Harrison himself has described this season’s ending as “unlike any other,” adding “you truly aren’t gonna know how it’s going to end until the very end.”

That being (vaguely) said, let’s delve into the delightfully insane theory of Reddit user Krallie, who says they are “98% confident” Peter ends up with LaPlaca, in what would truly qualify as the most dramatic season yet.

“A friend brought it up to me earlier and I just went down a rabbit hole investigating,” Krallie prefaces their thesis. “I’m super on board with this theory for the below reasons.”

“(Peter and LaPlaca) spent New Years Eve together, with his family,” Krallie points out.

Indeed, photos prove that the producer rang in 2020 with Peter’s family, including his mother, father and brother, at New York’s Carmine’s Italian Restaurant.

New Years Eve lunch with the gang at Carmine’s

Weber did appear as a guest on “Dick Clark’s New Year’s Rockin’ Eve,” which may explain him and LaPlaca spending the holiday together — but the family meal does still appear intimate.

Speaking of New Years Eve, LaPlaca also shared a photo of herself in Times Square watching the ball drop where Peter can be seen behind her with his back to the camera. Seems innocent enough, until one realizes former Bachelorette (and ex-girlfriend of Peter) Hannah Brown commented on the photo, writing “This is really cute Jules. I approve.”

Krallie also mentions two more of LaPlaca’s recently tagged photos as evidence to support her case — one allegedly posted by a girl LaPlaca follows depicting Weber, captioned something along the lines of “an unexpected ending indeed,” plus another showing LaPlaca wearing a Seahawks hat, Peter’s team of choice.

When you wonder where you’ll be in 10 years... you’d never think of where we are. We’re so much further, faster, grateful and everything we never even knew existed. Beyond grateful for where God has brought us. Dream bigger & love harder.

Krallie then begins to speculate using previews from upcoming episodes, where Peter says he’s “crazy in love” with the winner.

“We are down to 6 (I think?) girls and and he doesn’t even seem a little bit in love with any of them yet,” Krallie posits. “Not crazy since they don’t get a ton of time together, but he gets tons of time with his producer… My guess is that she leaves because she doesn’t want to see him get engaged to someone else, and he winds up going after HER.”

Now, of course, it’s possible (actually, it’s highly likely) that Peter and LaPlaca have simply developed a strong friendship after months of closely working together while taping the show.

BUT, the idea that they end up together is way juicier than a regular contestant coming out victorious, so we are simply required to humor it.

In fact, the conspiracy has gotten so wildly popular that even Rob Mills, ABC’s Senior Vice President of Alternative Series, Specials & Late-Night Programming, ended up addressing it during a Monday interview with ET’s Lauren Zima.

“I hate to get in the way of a good rumor, so I’m not going to confirm or deny about whether he ends up with a producer!” Mills said. “I don’t know how we’d ever top that though! But, it is crazy.”

“It’s a roller coaster,” he added. “But I would say even now the roller coaster hasn’t ended, and it won’t end until after After the Final Rose.”

While Mills may delight in the speculations, notorious “Bachelor” spoiler Reality Steve has tweeted that it is all “garbage” and that he wished people would stop asking him about it.

“There is absolutely nothing to this, it makes zero sense,” he wrote. “People are desperately grasping at straws bc the ending isn’t out yet.”

Gonna make this as simple as possible for every1 since it’s all I get asked now: It’s garbage, there is absolutely nothing to this, it makes zero sense & people are desperately grasping at straws bc the ending isn’t out yet.

Hope that clears things up. https://t.co/ZFjdFSDJSz

Only four women remain to vie for the Neil Lane engagement ring — Kelsey, Victoria F., Hannah Ann, and Madison. Monday’s episode will see Peter accompany each woman home to meet her family and see the town where she grew up.