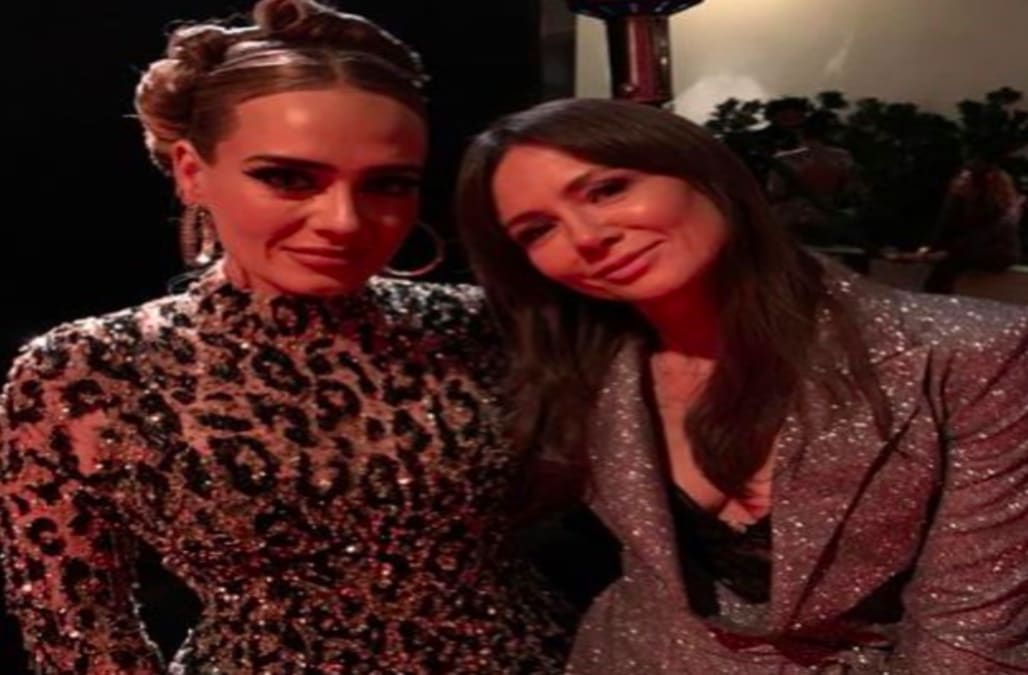 Adele skipped the flashy Vanity Fair party for a more exclusive Oscars celebration. In fact, the party she went to was so private — no one can agree on exactly where she was. A photo of the "Hello" singer in a tight, waist-hugging leopard dress was shared by Polish TV personality, Kinga Rusin. According to Rusin, she snapped a picture with Adele outside Jay-Z and Beyoncé's super-secret afterparty.

"Everyone gets at the entrance … slippers ... I had a conversation with Adele about my high heels (she urged me [to put] on the slippers she had on her feet)," Rusin's caption says, according to a translation. "Honestly, I didn't recognize ... We talked laughing until she said her name..." 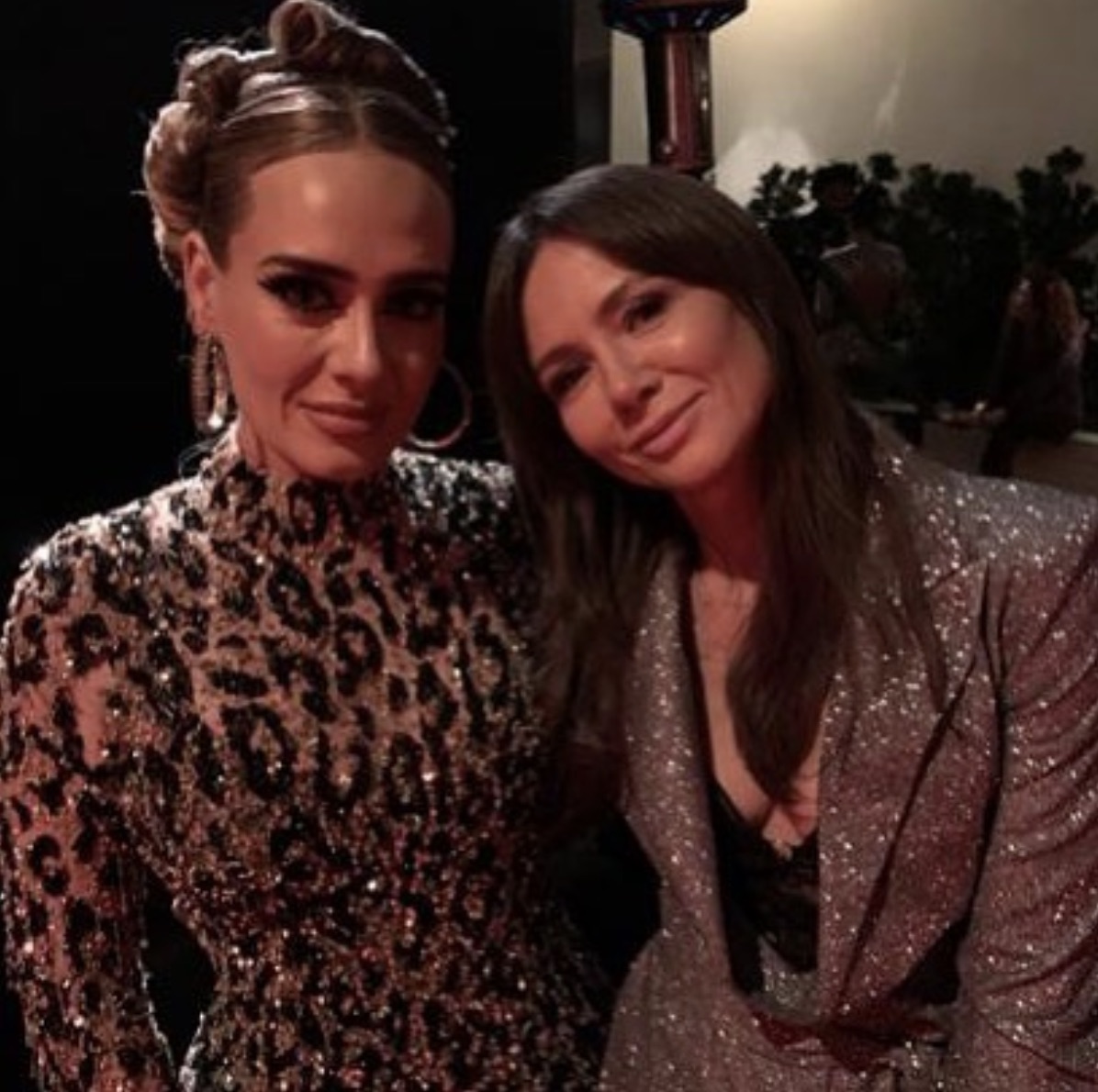 The 31-year-old singer’s weight loss was on display in the bedazzled gown. However, People and Page Six report the sighting happened at Guy Oseary's annual Oscars bash. (Maybe she went to both parties?)

"She looked like herself but also so different — beautiful but almost unrecognizable," a source told People.

A second insider added Adele, "looked striking and so tall," and "had a tiny waist and beautiful hourglass figure in a beaded leopard dress."

"She took her shoes off and danced on the dance floor," the second source continued. "She sat with Nicole Richie and was chatting for a while."

Adele has showed off her physique over the last year. In January, the singer appeared slimmer while in Anguilla where she was pictured hanging out with Harry Styles and James Corden. A fan who was also vacationing in Anguilla talked with Adele and claimed the singer said she lost around 100 pounds.

"When she introduced herself and began asking us about ourselves and our vacation in Anguilla, I apologized for not recognizing her right away and she said, ‘Don’t worry, I’ve lost around 100 pounds," Meredith Noonan told Us Weekly. "We told her how great she looks. She seemed very happy and relaxed, totally enjoying her vacation! We didn’t talk about how she lost it."

A source told People the Grammy-winning singer is maintaining a healthy lifestyle for her 7-year-old son, Angelo.

"It’s easy to just focus on her physical transformation, but this is really about something bigger," an insider told the magazine. "She got to the point where she didn’t feel great. She knew she had to change something, because she wants to be the healthiest mom possible."

"Her whole focus during the weight loss journey has really how been all about how she can be healthier and how can she treat her body better," the source added. "It was never about losing weight. Her weight loss happened because she has cut down drinking and is eating more real food. But she now loves her physical transformation too. She is more confident, dresses differently and she just seems happier overall."

More from Yahoo Celebrity:
Adele stuns at private Oscars party in tight leopard dress
Dwyane Wade recalls what he said to his 12-year-old when she came out as transgender
Vanessa Bryant grieves husband Kobe and daughter Gigi: 'I can't process both at the same time'