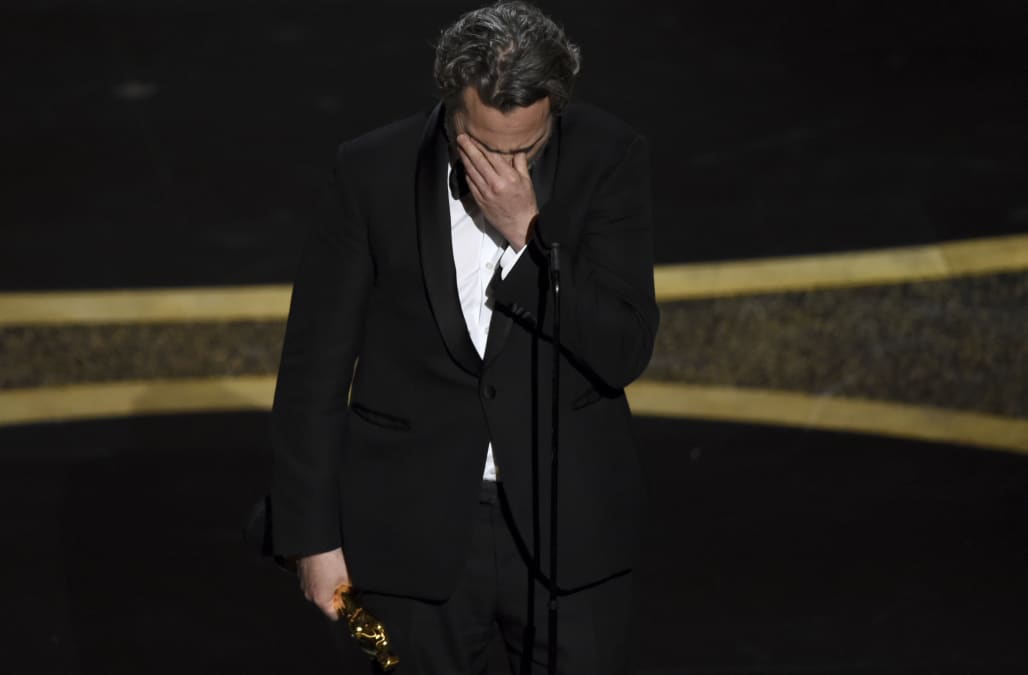 The 2020 Oscars ceremony was watched by the smallest audience the awards show has ever received.

23.6 million viewers tuned in on Sunday night to see "Parasite" sweep to a surprise victory. That's a 20 percent 6 million viewer drop-off from last year. The Academy's second hostless show in a row scored a 5.3 rating among adults 18-49 in the fast national ratings, a 31 percent dip from 2019.

For comparison, last year's Oscars delivered a 7.7 rating in adults 18-49 and 29.6 million viewers. That viewership figure, while up 12 percent from 2018, represented the second smallest audience ever for an Academy Awards telecast at the time. 2018 delivered the previous smallest viewership tally with 26.5 million viewers.

News of the lows in both metrics isn't entirely surprising, as awards show numbers in general have been in decline over the past few years. For instance, the 2020 Golden Globes dipped 2 percent on 2019 to eight-year viewership low, while the 2019 Emmys was the lowest-rated and least-watched in the show's history, a refrain that is becoming all too familiar when discussing award show ratings lately.

The Oscars 2020 is still the most watched awards show of the season however, beating the Grammys by just under 5 million viewers and the Globes by 5.3 million.

"Parasite" was the big winner this year, snagging four wins including a sensational best picture victory at the end of the night. The Bong Joon Ho feature became the became the first foreign language film to win the top award in the process.

The battle between studios ended in a three-way tie between Neon (which distributed "Parasite" in the United States), Sony Pictures and Walt Disney.

"The Irishman" was arguably the most disappointed film of the year, as the Martin Scorsese Netflix feature went in with 10 nominations and left with zero wins. Quentin Tarantino's "Once Upon a Time in Hollywood" and "Ford v Ferrari" both snagged two wins respectively.

The other major networks aired only reruns up against the Oscars, with a "60 Minutes" replay scoring the highest non-Oscars rating and total viewership with a 0.5 and around 5.9 million viewers.

More from NBC News:
Job hunting after 50: How women can plot their 'comeback careers'
Candidates set for last-ditch pitch to voters as crucial New Hampshire vote nears
Teen growing his hair for sick sister withdraws from Texas school when told to get haircut