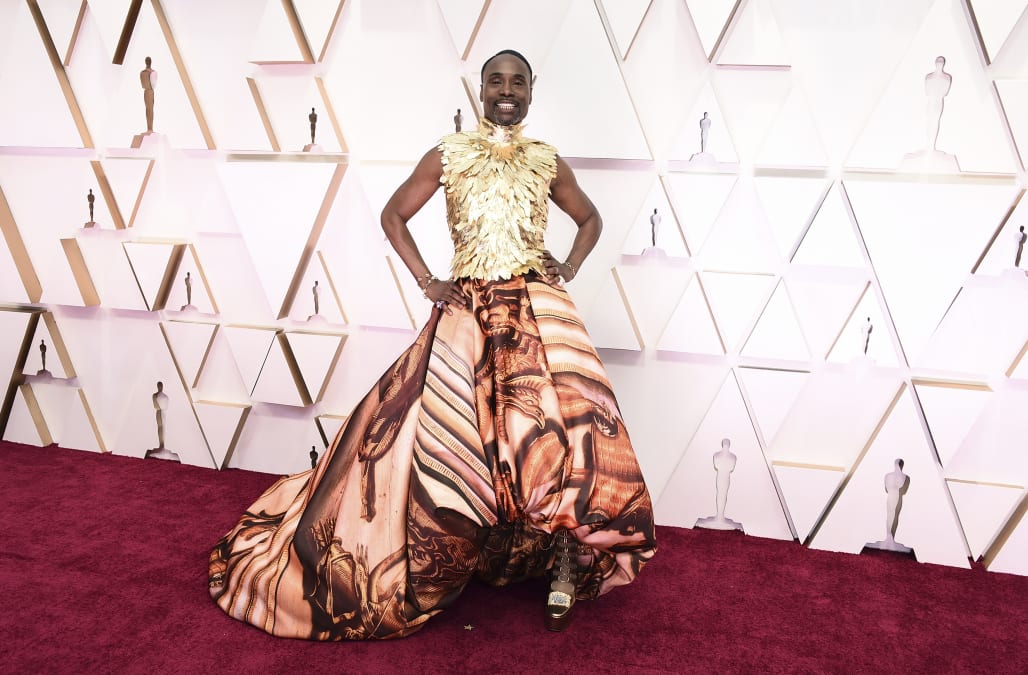 It may be the most glamorous night of the year, but the weather conditions in Los Angeles aren't exactly prime for the 2020 Academy Awards.

Hard rain and cold winds have hit the red carpet at the Dolby Theatre in Hollywood where the Oscars are being held. The carpet is being protected by a large tent to help fend off the conditions, but that hasn't saved all of the stars.

The Associated Press reports that Billy Porter and Tamron Hall were victims of the downpour while some camera crews rushed to find tarps and protective plastic for their cameras as a hole was noticed in the tent.

With the weather in the 50s, the stars have been noticeably chilly with Porter spotted sitting down with a gray fuzzy wrapped around him after posing on the carpet in his stunning Giles Deacon Couture gold feather top and orange printed skirt. The Pose star paired the look with Jimmy Choo pumps.

When the photo of Porter snuggled tightly in the blanket began surfacing online, the star replied to one tweet, writing, "It's raining in LA and it's cold Betches!!!"