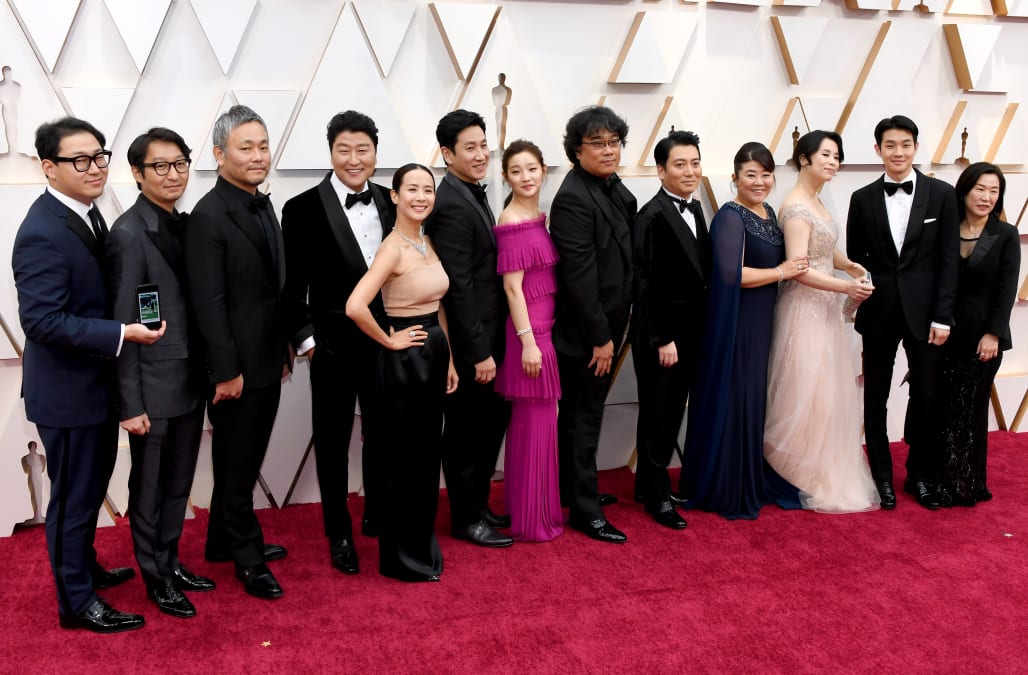 The critically-acclaimed film gained international attention when it made its debut at the Cannes Film Festival in May in 2019. It took home the Palme d'Or, one of the highest honors at the prestigious festival. From there, "Parasite's" popularity rapidly spread and it recently won the Gloden Globe award for best foreign-language film, making it the first Korean movie to take home the prize.

While director Joon Ho has repeatedly expressed his disbelief at how widely-received the film has been, his appreciation for the recognition of his project has been delightful to watch.

Rewatch the historic moment below:

Take a look at the best-dressed celebrities at this year's Oscars in the slideshow below: