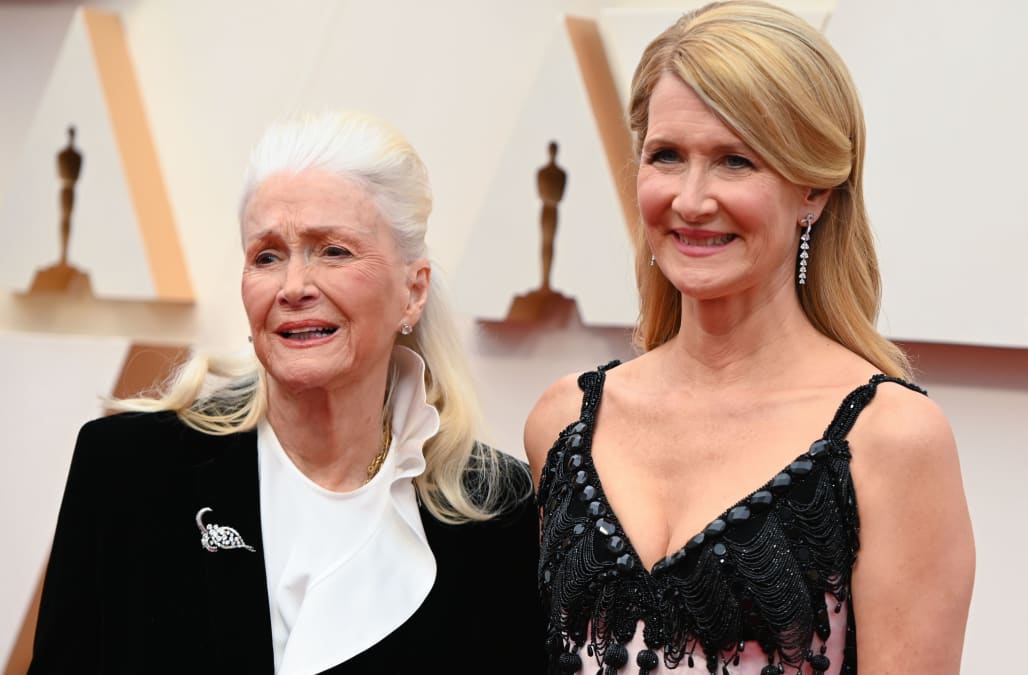 Forty-five years after she was her mom Diane Ladd’s date to the 1975 Oscars, Laura Dern walked the red carpet with Ladd by her side at the 2020 Oscars on Sunday.

The two matched in black-and-white outfits while arriving at the glitzy ceremony at the Dolby Theater in Hollywood, California, on Sunday.

Smiling in a black, velvety suit, Ladd proudly posed for photos with the  52-year-old Dern, who stunned in a flowing white Armani gown, with tassels and black detailing bordering her neckline.

Dern was nominated for Best Supporting Actress for her role in Netflix’s Marriage Story -- the same category that Ladd was nominated for following her role in 1974 film, Alice Doesn’t Live Here Anymore. Dern was 6 years old at the time and attended the ceremony with Ladd in what would become a hugely impactful day.

RELATED: Take a look at the best-dressed stars at the 2020 Oscars:

“I remember it being scary and overwhelming,” Dern recently recalled to Vanity Fair about that first mother-daughter Oscars date. “I also remember my mom feeling proud of herself and loving her work … and I remember thinking, ‘Whatever I do when I grow up, I want to really love my job and feel proud of it.’ I’ve never forgotten that.”

The pair’s Oscars date came just days after Dern saluted Ladd after winning the Best Supporting Actress award for her work on Marriage Story at the 2020 BAFTAs.

"When I was 6 years old, my mother received this very award in this very category, thanks to Mr. [Martin] Scorsese, and it sat on our piano and my friends asked me, ‘Oo, what’s that mask?’” she recalled, referring to Ladd’s BAFTA for Alice Doesn’t Live Here Anymore. “And, I said, ‘My mom told me, 'It’s what friends give you to congratulate you because you get to have the job you love."