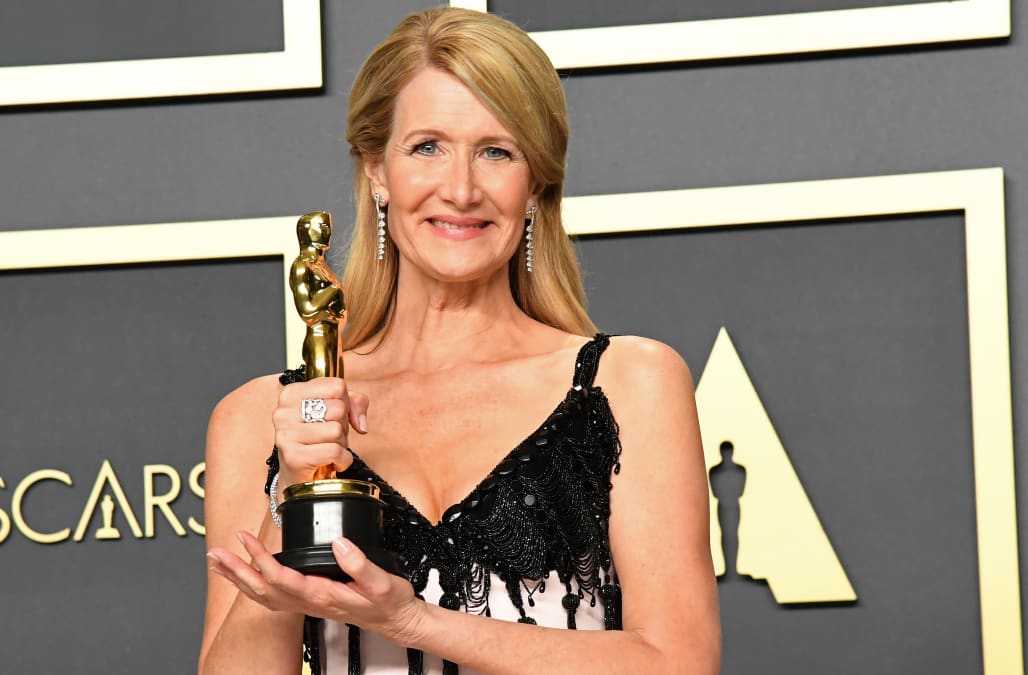 Laura Dern won best supporting actress at the 92nd Academy Awards on Sunday night for her role in Noah Baumbach’s “Marriage Story.” It’s the first Oscar win for Dern, and also the first time an actor has won an Oscar for a role in a movie distributed by a streaming service — Netflix.

Dern’s earned three Oscar nominations total throughout her career. Her first nod was for best lead actress in 1995 for “Rambling Rose.” Her second nomination came in 2015, when she snagged a supporting actress nod for “Wild.”

Netflix, which is already having a big showing this awards season, leads the Hollywood studio competition with 24 nominations, primarily coming from “Marriage Story” and Martin Scorsese’s “The Irishman.” Both films earned recognition in the top-tier categories, including best picture. “The Irishman” scored a total of 10 nominations, and “Marriage Story” sits with six nods.

Dern’s co-stars Adam Driver and Scarlett Johansson are both nominated for best actor and actress.