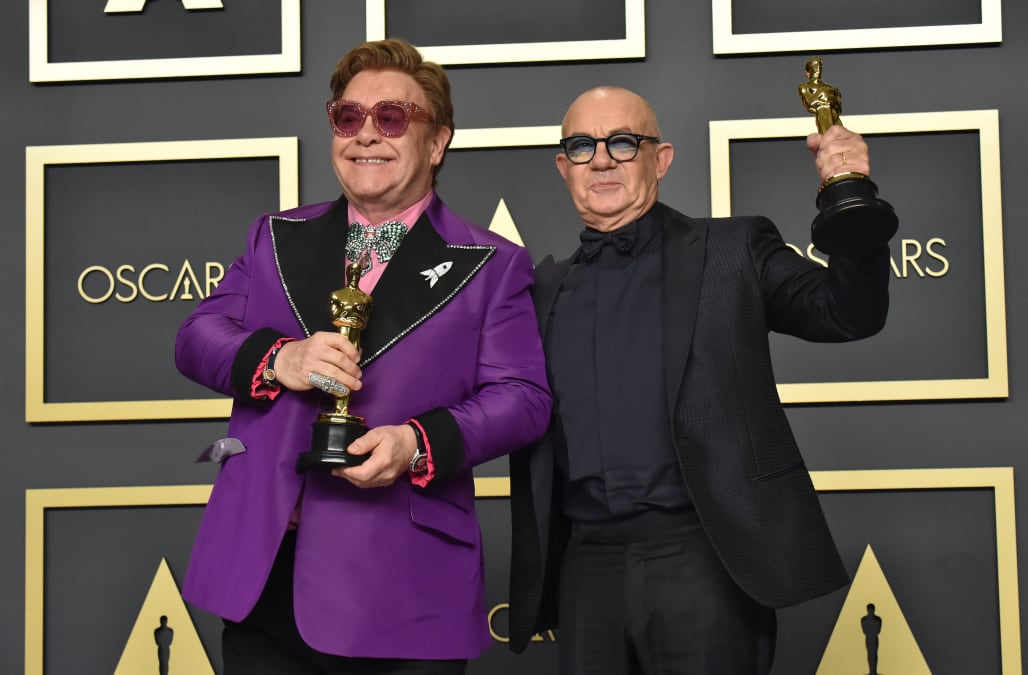 Elton John’s end-titles theme for his own biopic, “Rocketman,” won the best original song award at Sunday’s Academy Awards, his first Oscar since he won for “Can You Feel the Love Tonight?” from “The Lion King” at the 1995 ceremony.

Although the win for “I’m Gonna Love Me Again” was John’s second Academy Award, it was the first for his primary lyricist of the last 53 years, Bernie Taupin. As John mentioned at the Golden Globes in January, they’d never won a major award together for their contemporaneous work before. (The “Lion King” win 25 years ago was shared with lyricist Tim Rice.)

“Thank you to Bernie, who was been the constant thing in my life — when I was screwed up, when I was normal, he’s always been there for me,” John said in his acceptance speech.

“This is a dream for us. We’ve never been nominated before for anything like this,” he added.

Said Taupin, “Being here with this guy, I don’t have words for it. This is just justification for 53 years of just hammering it out and doing what we do.”

RELATED: Take a look at Elton Johnn through the years:

Although John sings “I’m Gonna Love Me Again” as a duet with actor Taron Egerton in the recorded version, he went it alone vocally in the televised performance Sunday preceding the presentation of the award.

Taupin talked about the origins of the song in a recent interview with Variety.

“The idea of doing an end title song really didn’t come till pretty much the end of everything else,” Taupin said. “Ultimately everybody looked at each other and said it makes sense to do something totally original, seeing that we’re supposed to be in the here-and-now, and we need something that sums up the movie and what we can expect from the arc of this character’s projection from here on out. It was sort of a no-brainer that the song had to continue with that redemptive quality about it — something that was uplifting that said, ‘I’m stretching out into the future with a fresh mind and a fresh outlook.’ It’s about relying on the old friends you can trust, keeping your best friends close to you, keeping your devils away and keeping those bad influences out of your life, while continuing on with a strong mind, heart and soul.”