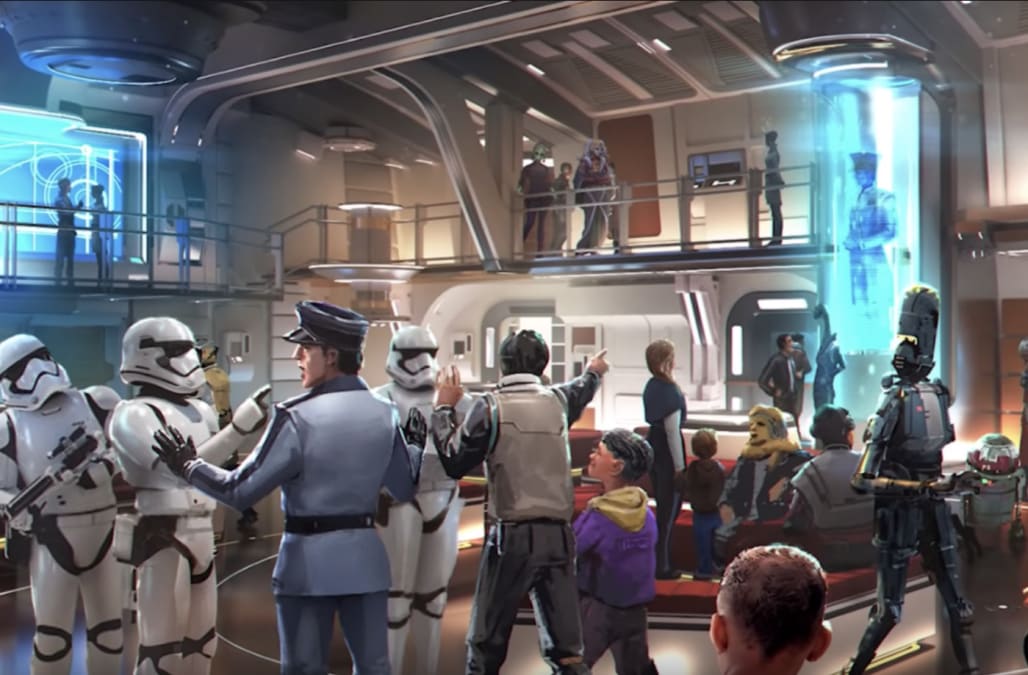 Star Wars fans will soon have their own out-of-this-world adventure — for a price.

Disney announced Thursday that it will begin taking reservations later this year for a new hotel, Star Wars: Galactic Starcruiser, opening in 2021 at the Walt Disney World Resort in Orlando.

Guests can book the “all-immersive experience” for up to two days and nights.

While the company did not disclose prices, it did offer details about the accommodations and activities on the campus sure to impress devotees of Luke Skywalker and crew.

Ann Morrow Johnson, an executive producer for Walt Disney Imagineering, explained them in a video.

“When guests arrive at Walt Disney World, they will go to this terminal — think of it as a small, private cruise terminal, if you will — and you and your family will then be ushered into a launch pod,” Johnson said. “It’s a small capsule, where you will then simulate the experience of blasting into space. There’ll be a window overhead, until you eventually see our ship, the Halcyon, in the distance. When the doors of the launch pod open and you emerge into the atrium, everything on the spaceship wants to reinforce that feeling of you’re on a star cruiser in a galaxy far, far away.”

Guests will stay in cabins, which sleep up to five, thanks to bunk beds like the one Chewbacca retreats to, after a rough day. There’s even a window with out-of-this-world views.

When they’re awake, adults and children staying at the property are invited to practice wielding lightsabers. They can tour the bridge of ship and go on a “planet excursion” to Batuu, where they’ll visit the familiar Black Spire Outpost. That last part of the adventure will take them to the recently opened Star Wars: Galaxy’s Edge portion of Disney’s Hollywood Studios park.