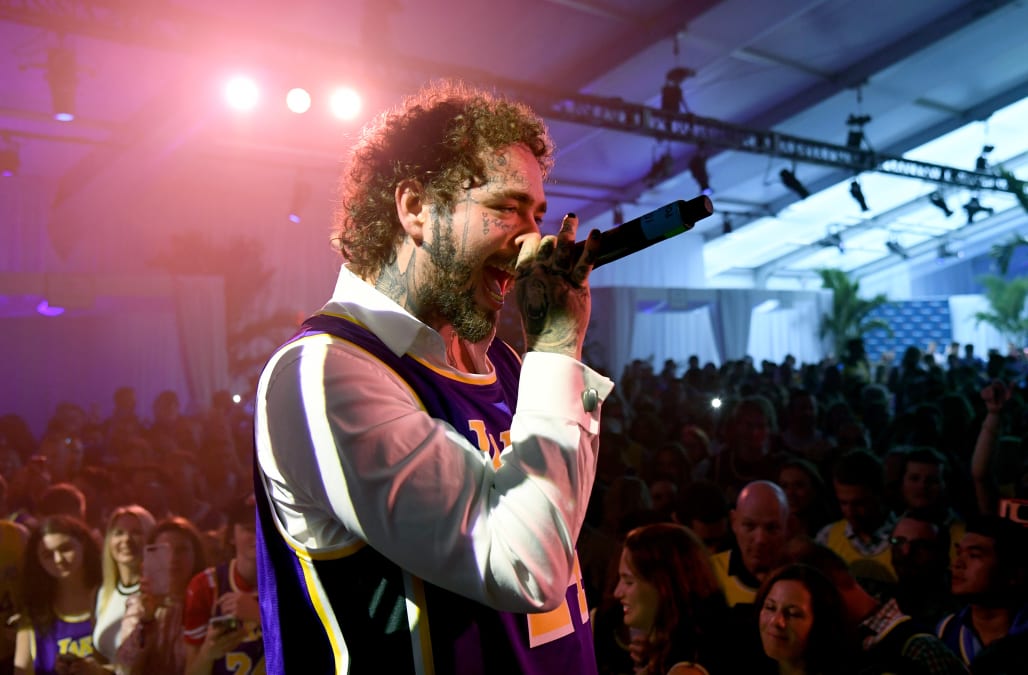 Post Malone is running out of real estate on his face! The 24-year-old rapper got yet another face tattoo this week that covers his left cheek.

The new ink, which was captured by his tour photographer, Adam Degross, is of a circular saw with red blood coming out of it.

Malone got the ink in Kansas City, Missouri, where he performed on Thursday night at the Sprint Center.

Malone got the ink from artist Ruben Reza, who created the body art backstage at the arena. He also gave Malone's road manager, Jay, a wrist tattoo that reads, "Posty Co."

And the other one on Jay I. KC

The "Goodbyes" emcee has lots of tattoos on his face including the words "Stay Away" and "Always Tired" in script, an ace of spades card, and barbed wire.

During an October 2018 appearance on The Tonight Show Starring Jimmy Fallon, Malone admitted that he originally got tattoos because of his pal Justin Bieber.

"We were working on Stoney, and then we had a tattoo artist come through, and I was like, 'You know what? Justin Bieber’s got some tatts, and I love you, but I know I’m way tougher than you,'” he joked of the pop star at the time.

More from ET Online:
Demi Lovato is getting her own talk show
Jennifer Lopez speaks out about powerful kids in cages moment during Super Bowl halftime show
Kim Kardashian reveals North West is a pescatarian as she explains her plant-based diet