Matthew Perry joins Instagram with the help of one special 'Friend' 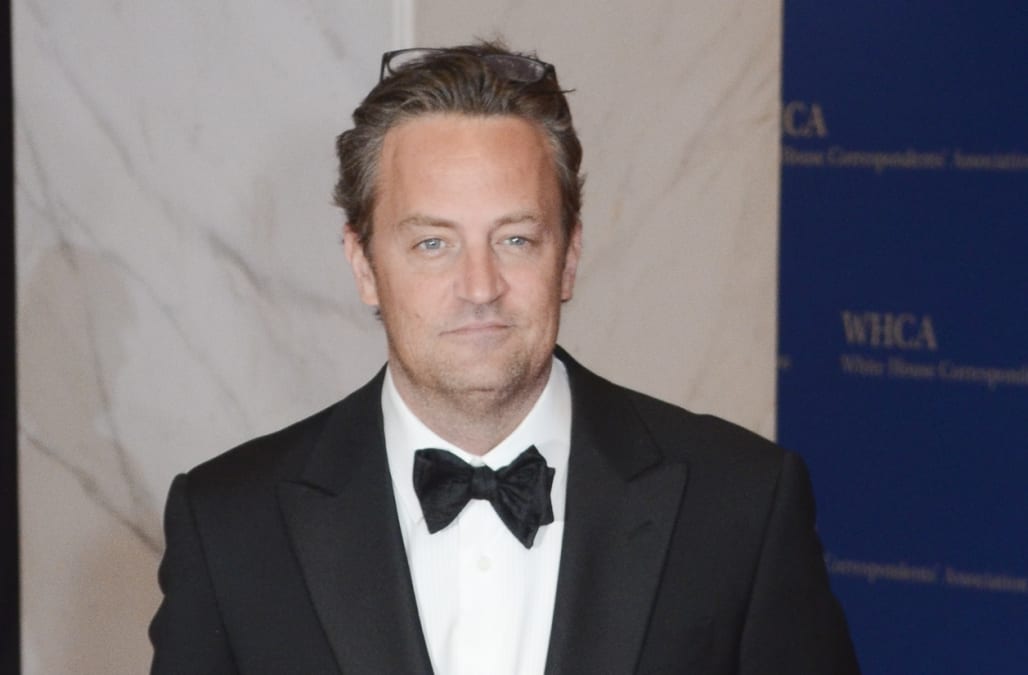 On Thursday, the 50-year-old "Friends" actor finally made his debut on the social media site, much to the excitement of fans around the world. And while he has yet to post his first photo (we're hoping for a '90s throwback, please!), Mr. Bing has already racked up quite the follower count... 400,000, to be exact.

Perry was welcomed to Instagram by none other than his former co-star Lisa Kudrow, who shared a throwback of the two from their days on the beloved sitcom.

The actor was the last of the six "Friends" characters to join the social media site. In October, Jennifer Aniston set a Guinness World Record when she joined by accumulating 1 million followers in just 5 hours. In fact, her arrival on the platform caused technical issues for many users.

Actors you didn't know auditioned for 'Friends'
FRIENDS -- Season 6 -- Pictured: (l-r) David Schwimmer as Ross Geller, Jennifer Aniston as Rachel Green, Courteney Cox as Monica Geller, Matthew Perry as Chandler Bing, Lisa Kudrow as Phoebe Buffay, Matt LeBlanc as Joey Tribbiani -- (Photo by: NBC/NBCU Photo Bank via Getty Images)
Ellen DeGeneres turned down the role of Phoebe.
Tea Leoni was the first choice for Rachel, but turned it down.
Elizabeth Berkley auditioned for Rachel, too.
Eric McCormack auditioned for the role of Ross a few times.
Jon Favreau was offered the role of Chandler, but turned it down.
Jon Cryer almost auditioned for Chandler, but his audition tape got to executives too late.
Hank Azaria auditioned for Joey several times.
Lisa Kudrow beat out Kathy Griffin for the role of Phoebe.
Kudrow also beat out Jane Lynch.
Up Next

More from Aol.com:
Selena Gomez explains why she spoke out on immigration: 'My goal was to simply humanize my people'
Hillary Clinton says it was 'emotionally draining' revisiting Bill's affair with Monica Lewinsky for new docuseries
Gayle King 'angry' at CBS for posting 'salacious' and 'out of context' clip about Kobe Bryant sexual assault case