Jameela Jamil reveals she is queer amid 'Legendary' show backlash: 'This is absolutely not how I wanted it to come out' 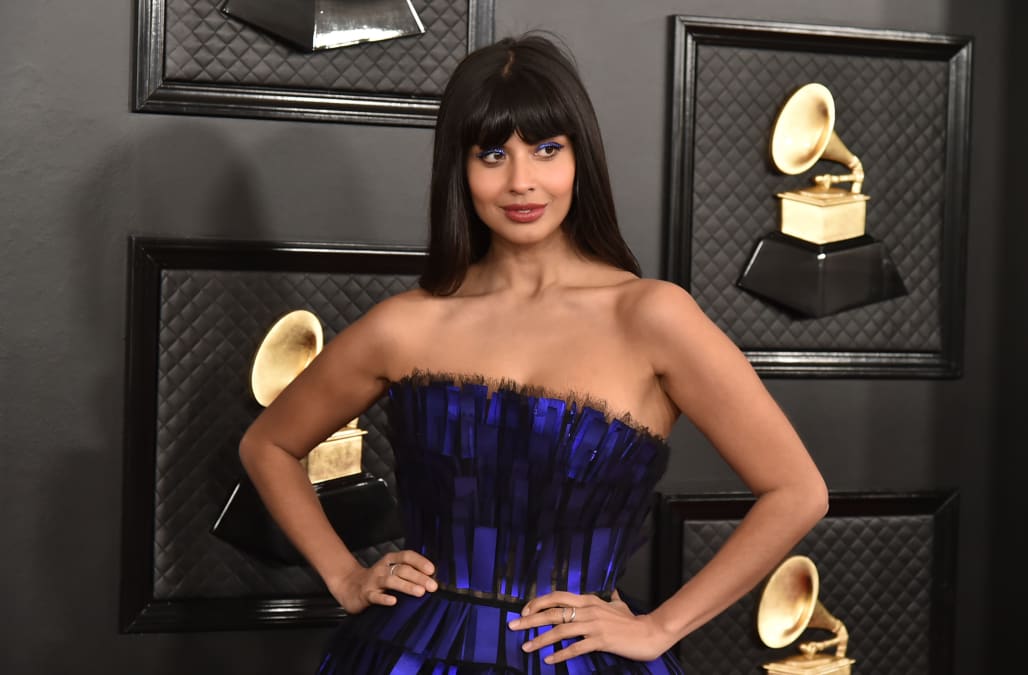 The Good Place star Jameela Jamil defended herself amid complaints over her HBO Max show on ballroom voguing — and subsequently revealed she is queer on Twitter.

On Wednesday afternoon, the British actress-and-activist tweeted a post titled, “Twitter is Brutal” after a now-deleted press release from Warner Media Group (which oversees HBO Max), revealed she was the MC and judge of Legendary, a “series highlighting modern day ball culture.” According to the New York Times, “The ballroom scene originated in the 1920s and grew to prominence in New York’s black and Latino L.G.B.T. communities as a direct response to the homophobia, transphobia and racism its participants suffered in their daily lives.”

According to the release, the judges’ panel includes rapper Megan Thee Stallion, celebrity stylist Law Roach, vogue choreographer Leiomy Maldonado and a “weekly rotating guest with commentary by Dashaun Wesley and DJ MikeQ at the turntable.”

The incorrect news that Jamil was the show’s MC, which was shared on Twitter, came as a surprise to some. “A lot of the vogue legends are very much alive. Why her?” wondered one user. “Did everyone from the ball scene turn this down? I just have questions,” stated another. “Will she know the difference [between] voguing and a high speed Macarena,” tweeted one person. Another tweeted, “That space that you’re occupying could be going to someone who authentically has ballroom/walking experience. And considering ballroom is such a marginalized community of poor, queer+ and mostly black and brown bodies, I think it’s safe to say, WE NEED that space.”

But Jamil, 33, insisted that she’s not the MC of Legendary — that honor went to Wesley, the vogue icon who starred in the FX drama Pose, about “the legends, icons and ferocious house mothers of New York’s underground ball culture.”

On Wednesday, when reached for comment by Yahoo Entertainment, a spokesperson from Warner Media clarified in an email, “Yesterday, HBO Max was excited to announce Dashaun and Jameela’s involvement in the series Legendary. For clarity, Dashaun is the series’ MC/Commentator, and Jameela heads up the panel of judges alongside Leiomy, Law, and Megan.”

Yesterday, @hbomax was excited to announce Dashaun and Jameela’s involvement in the series LEGENDARY. For clarity, Dashaun is the series’ MC/Commentator, and Jameela heads up the panel of judges alongside Leiomy, Law, and Megan.

Still, Jamil vented about the damage done on Twitter and revealed that she identifies as queer. “This is why I never officially came out as queer,” she wrote in her Twitter post. “I added a rainbow to my name when I felt ready a few years ago, as it’s not easy within the South Asian community to be accepted, and I always answered honestly if ever straight-up asked about it on Twitter. But I kept it low because I was scared of the pain of being accused of performative bandwagon jumping over something that caused me a lot of confusion, fear and turmoil when I was a kid.”

Jamil continued, “I didn’t come from a family with anyone openly out. It’s also scary as an actor to openly admit your sexuality especially when you’re already a brown female in your 30s. This is absolutely not how I wanted to come out....”

She wrote, “I know that my being queer doesn’t qualify me as ballroom. But I have privilege and power and a large following to bring to this show (as does the absolutely iconic Megan Thee Stallion) and its beautiful contestants and ballroom hosts. Sometimes it takes those with more power to help a show get off the ground so we can elevate marginalized stars that deserve the limelight and give them a chance.”

Jamil added: “I’m not the MC. I’m not the main host. I’m just a lead judge due to my 11 years of hosting experience, being fully impartial, a newcomer to ballroom....and therefore a window in for people who are just discovering it now, and being a long time ally of the lgbtq community.” She urged people to focus on the show’s stars and said that she planned to take a break from Twitter.

She reiterated her points on Instagram, also revealing that she is an executive producer on Legendary.

And on Wednesday, Jamil tweeted about the “inaccurate press release,” writing, “To be very clear, it’s @DashaunWesley who has worked on this show for 2 years is (and always has been) the MC of #Legendary.” She also explained, “I’m a judge, alongside @leiomy @theestallion and @LUXURYLAW with music from icon @TheOnlyMikeQ. I know some of us aren’t from ballroom, but we are here to bring our followings, press and new audiences to the show, to support and celebrate the ballroom community. That is all.”

Reading an inaccurate press release about our new show yesterday was upsetting, and it triggered a lot of incorrect news articles about it. To be very clear, it’s @DashaunWesley who has worked on this show for 2 years is (and always has been) the MC of #Legendary. ❤️ pic.twitter.com/agcQhZbgS4