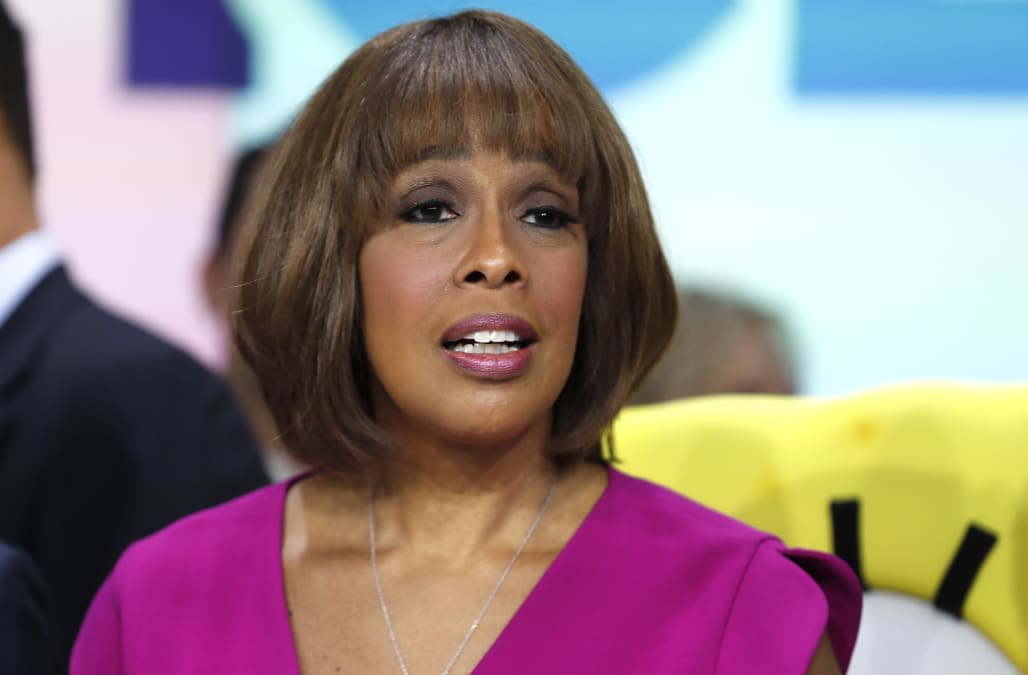 Gayle King is addressing the backlash she faced after bringing up the late Kobe Bryant’s sexual assault case in an interview with WNBA legend Lisa Leslie.

The CBS This Morning anchor spoke out in two videos she shared on social media on Thursday. She described herself as “mortified, “embarrassed” and “very angry,” saying the network posted that clip from her wide-ranging interview and when seen out of context “it’s very jarring” — even to her.

“I’ve been up reading the comments about the interview I did with Lisa Leslie about Kobe Bryant,” she said. “I know that if I had only seen the clip that you saw, I’d be extremely angry with me too. I am mortified, I am embarrassed and I am very angry. Unbeknownst to me, my network put up a clip from a very wide-ranging interview totally taken out of context and when you see it that way, it’s very jarring. It’s jarring to me. I didn’t even know anything about it. I started getting calls: What the hell are you doing? Why did you say this? What is happening? I did not know what people were talking about.”

While she said she was “advised to say nothing. ‘Just let it go. People will drag you. People will troll you. It will be over in a couple of days,’” but she couldn’t do that.

“Because I really want people to understand what happened here and how I’m feeling about it,” she continued. “I reached out to Lisa because I know that she’s a longtime friend of Kobe’s, to talk about his legacy and their friendship. We had a really wide-ranging interview. We talked about many things: his career, his passion, his sense of humor, the way he was mentoring other people, how he was starting his next chapter. It was wide-ranging. And, yes, we talked about that court case because that court case has also come up.” (Bryant was charged with sexually assaulting a 19-year-old hotel worker in 2003. He maintained it was consensual and the case was dropped when the accuser refused to testify in the case. The accuser later sued him in a civil case and they settled out of court.)

King said she wanted to get Leslie’s take on it as a friend who knew him well — and she thought the Triplets coach gave a “powerful” answer when Leslie said she thought the media should leave it alone because they had years to ask Bryant about it while he was alive. King said she “insisted” to her producers that “that part be in the interview because I thought it put a nice button on that part of the conversation.”

As for King’s follow-up questions to Leslie on the topic during the interview, she said she only asked to make sure Leslie’s position was clear.

The newswoman said there was a great response to the entire interview after it aired. She also spoke with Leslie last night and said she believed she was “OK with the interview. And I felt really good about the interview.”

King slammed the network for taking the “most salacious part, when taken out of context, and put[ting] it up online” is “very upsetting to me.” She said she would be taking that up at work and promised an “intense discussion” about it.

King ended by saying that she spent time with Bryant socially on many social occasions and felt they had a “friendly relationship.” She described him as very “kind” and “warm to me.” She went on to say that she’s “mourning his loss just like everybody else.”

“The last thing I would want to do is disparage him at this particular time and I hope people understand that,” King said. “That’s why I’m taking this time to speak to you directly. I’ve never done one of these [social media videos] before ... but this was so important to me that I felt I had to say something. I don’t want to sit up on a set and read a prepared remark. I wanted you to hear exactly where I’m coming from and how I’m feeling. And to let everybody know that no disrespect intended.”

The controversial clip was posted on the CBS This Morning Twitter account on Tuesday and there was a swift backlash, with 50 Cent and singer Ari Lennox weighing in. King’s best friend, Oprah Winfrey, was also mentioned in some of the criticism given her involvement in a documentary about sexual misconduct allegations against Russell Simmons.

In the interview, King said to Leslie, a longtime friend of Bryant’s, "It's been said that his legacy is complicated, because of a sexual assault charge, which was dismissed in 2003, 2004. Is it complicated for you, as a woman, as a WNBA player?"

.@WNBA legend @LisaLeslie told @GayleKing that Kobe Bryant's legacy is "not complicated" for her despite his 2003 rape accusation.

"I don't think it's something that we should keep hanging over his legacy." https://t.co/qj6MVvOaqXpic.twitter.com/9qtVORobLO

Leslie calmly answered that it’s “not complicated for me at all” and that Bryant was not "the kind of person that" would "do something to violate a woman or be aggressive in that way. That's just not the person that I know."

King pushed back by saying, "But Lisa you wouldn't see it, though. As his friend, you wouldn't see it." She also asked, "Is it even a fair question to talk about it, considering he's no longer with us and that it was resolved. Or is it really part of his history?"

More from Yahoo Celebrity:
Gayle King 'angry' at CBS for posting 'salacious' and 'out of context' clip about Kobe Bryant sexual assault case
Jameela Jamil reveals she is queer amid 'Legendary' show backlash: 'This is absolutely not how I wanted it to come out'
Kevin Hart addresses Oscars 2019 controversy: ‘I did f*** up’