Armin van Buuren on sustainability, BALANCE and the state of trance 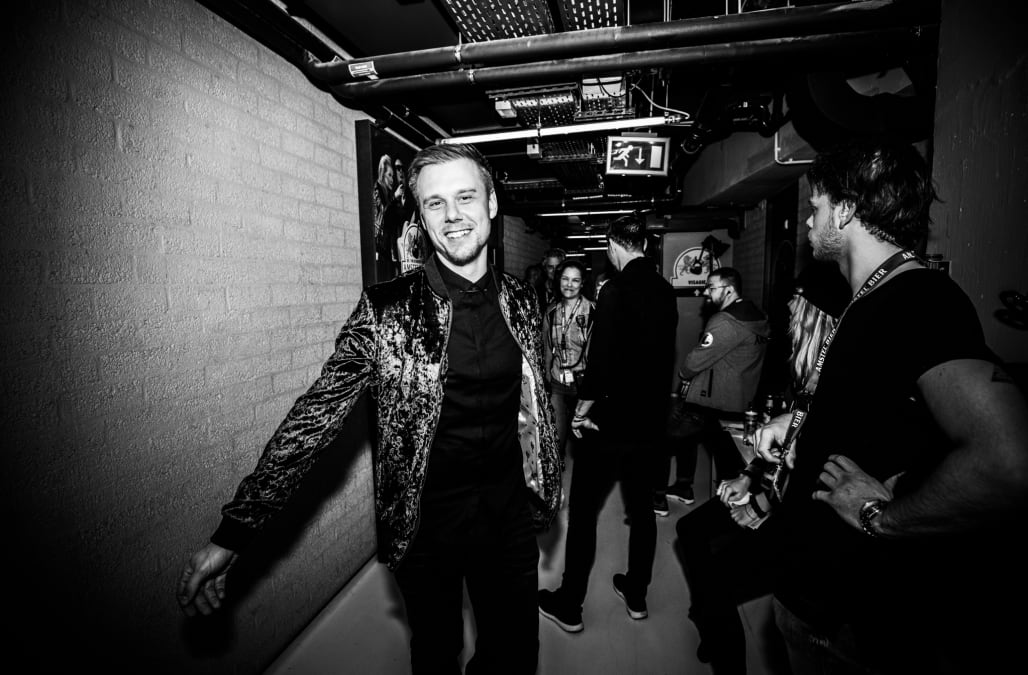 Seven studio albums later, Armin van Buuren is still a force to be reckoned with – and he is still evolving.

The world-famous DJ and I recently chatted about his new album and bus tour, the state of music and how he's tackling climate change — one event at a time.

"I’m excited because I guess I’ve only been one of the few who [have] done a bus tour before," Buuren enthusiastically says. "The reason to do the bus tour was so I could do my own production. You’ll see a lot of designs from the album, a lot of the artwork come to life. I’m excited about that."

The king of trance is referencing to his first-ever USA bus tour in his 20+ year career and his new (and first) double album, BALANCE, that dropped late last year. The album leans pop with a heavy dose of progressive house — tracks that will surely hit the clubs (like the party anthem "Blah Blah Blah") and festival circuits. But that is not all the DJ experimented with. This is the first album he's worked with mainstream artists like NE-YO or the iconic hip-hop producer Scott Storch.

"I’m developing as a producer. I’ve been making music for a long time and to keep it exciting for yourself, it’s kind of a challenge … so it’s important to me to keep developing myself, musically."

Another way he's pushing himself to become better is the impact he's having on the environment and how he, as an artist, can positively influence his fans to become more environmentally conscious. In his partnership with World Wildlife Fund as a Global Oceans Ambassador, he saw firsthand the harm plastic waste was doing to animals and the ocean while on a recent trip to Bali.

"As an artist now, you have such an impact on social media," Buuren says. "I can reach my fans and raise awareness and responsibility ... I can make a difference — and it’s weird to think that — but I feel like I need to take that responsibility."

One of the ways he's pledged to use his clout for good is to urge his fans to sign a WWF petition, "which calls on world leaders to draft an internationally binding UN treaty, containing concrete steps to stop plastic pollution," according to a statement on WWF's website.

The Dutch producer has also pledged to make his A State of Trance events plastic-smart, meaning, less use of disposable plastic.

Last year his A State of Trance event in Oakland, Calif., brought over 17,000 attendees, making it one the largest trance festivals in the United States. The impact of making events like these plastic-smart would be monumental and can possibly spark a trend for festivals elsewhere.

And while events like his ASOT keep growing, it's hard to ignore his presence and influence in the electronic music festival circuit over the past 10 years. Buuren, who first came to the U.S. as a DJ in 2000, has seen (and played) festivals like EDC and Ultra become a phenomenon. He's amazed that tens of thousands of people have attended EDC Las Vegas, alone.

"The people that go to these festivals are the people that are our future editors, our future CEOs, our future presidents, they are the future of the world," Buuren says. "They go to see electronic music and I still think that is fascinating. As a DJ, I always realize you’re just not playing music for a few people, you’re actually creating memories with these people. And that’s what I feel now, going to the festivals has become such as an experience."

An experience that people don't quite easily forget, especially when there is crossover with mainstream artists, a trend with DJs like Steve Aoki and Tiësto. As far as trends Buuren is currently seeing in trance? He sees a lot of flirting with old trance records and making mixes out of them, which thrills him.

"There is a lot of diversification. In the beginning, we had house music and now it’s amazing the genres and stuff that’s coming from there. Music is moving forward."

When I asked Buuren what his dream collaboration would be, he name drops Beyoncé, Billie Ellish and Chris Martin from Coldplay.

"The most important thing about music is the song and that doesn’t matter if you’re working with the biggest artist on the planet or the smallest if the song isn’t good then it just won’t work," Buuren says.

"You’re only good as your last track."