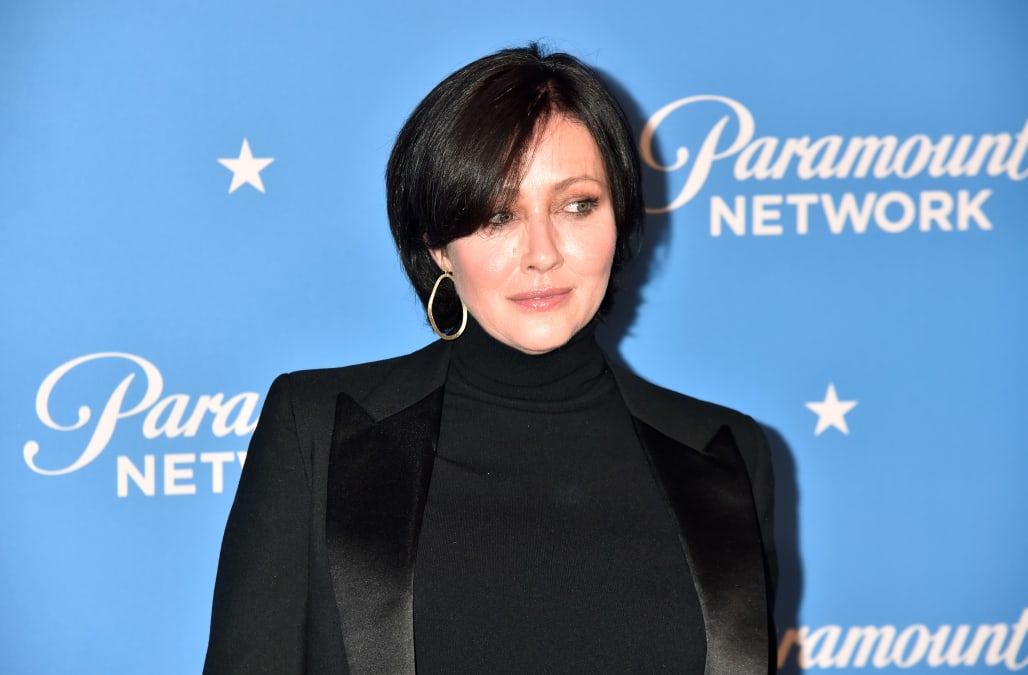 Shannen Doherty is fighting another battle with cancer nearly three years after going into remission, the actress has revealed.

The “90210” star said on “Good Morning America” that she’s kept the recurrence a secret for the past year but wanted people to hear it from her before the news went public.

“I’m stage 4,” Doherty told Amy Robach in a segment that aired Tuesday. “So my cancer came back, and that’s why I’m here."

The “Charmed” star continued: "I have, definitely, days where I say, ‘Why me?’ And then I go, well, ‘Why not me? Who else? Who else besides me deserves this?’ None of us do.”

Doherty, 48, was initially diagnosed with breast cancer in 2015 and regularly chronicled her fight against the disease on social media.

She announced she was in remission in April 2017.

Ahead of Tuesday’s announcement, Doherty opted to only share the news of the recurrence with a few people.

"I don't think that I've processed it,” Doherty said on the ABC morning show. “It's a bitter pill to swallow in a lot of ways."

She took part in a special “90210” reunion series last summer after learning of her diagnosis, partly as a way to pay tribute to one of her co-stars on the series, Luke Perry, who died last March following a stroke.

She says she leaned on another co-star, Brian Austin Green, to get through that experience, and saw the potential for a powerful message to emerge from her return.

“People can look at that and say, ‘Oh my God, yeah, she can work, and other people with stage 4 can work, too,'” Doherty said. “Our life doesn’t end the minute we get that diagnosis. We still have some living to do.”