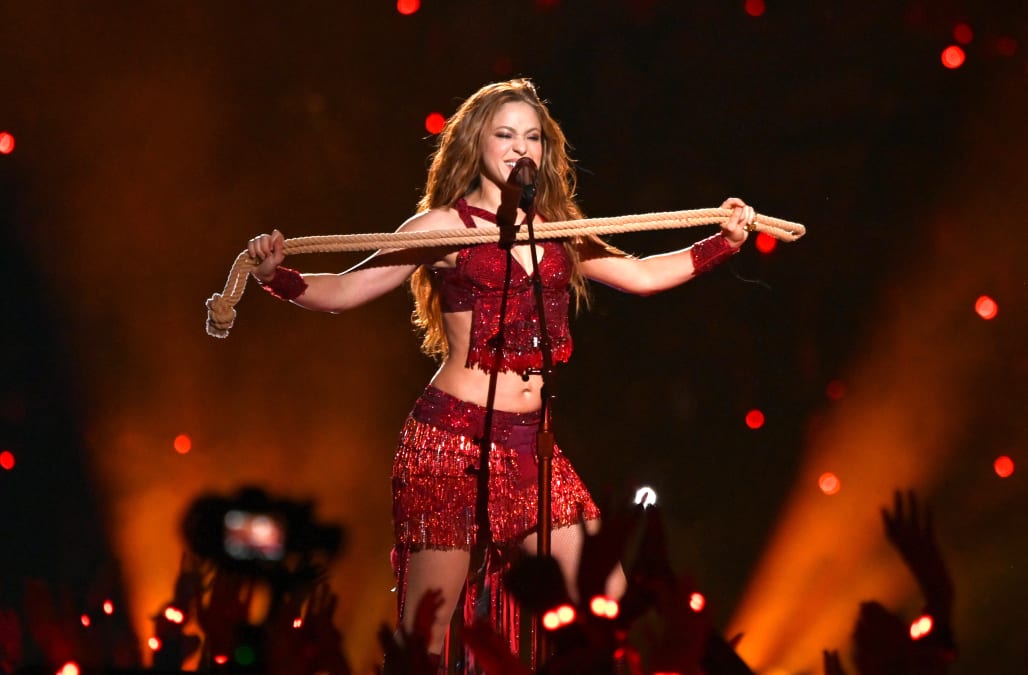 The halftime show at Super Bowl LIV was full of outfit changes, mother-daughter singalongs and plenty of crowd-pleasing moments. And according to some fans, it also featured a secret reference to a beloved children’s movie.

Shakira, who wowed fans in a sparkling red outfit during her performance, seemed to be dressed suspiciously similar to Gazelle, her character from the 2016 animated film, "Zootopia."

The shiny outfit was one of five the singer wore in her co-headlining show with Jennifer Lopez, which featured hits including "She Wolf," "Hips Don’t Lie," and "Waka Waka" plus appearances from other Latin pop icons such as Bad Bunny and J Balvin.

Fans had all sorts of positive reactions to the performance, but many also fixated on the theory behind Shakira’s red dress. For example, the singer’s "Zootopia" character is a world-famous pop star, and at one point in the film, she headlines a massive Super Bowl-style event. That led some to claim that the animated movie had "predicted" the future.

"Shakira wore the same thing as her performance in Zootopia and I’m shook," another added.

For her "Zootopia" role, Shakira recorded an original song, "Try Everything," which her character performs in the film. It seemed as though many fans wanted to hear the song performed live at Super Bowl LIV, bringing the theory full-circle.

"If Shakira was going to dress like her character from Zootopia last night the least she could’ve done was perform 'Try Everything,'" one Twitter user wrote.

It’s still unclear whether the outfit choice was intentional, but if so, it wouldn’t be the first time that cartoons had intersected with the halftime show.

Last year’s Super Bowl featured a quick clip from an episode of the Nickelodeon show, "Spongebob," during which several characters perform live at the “Bubble Bowl.” That moment, which accompanied headliners Maroon 5 and Travis Scott, came after more than 1 million people signed a petition calling for a song from the "Spongebob" episode to be featured in the show.