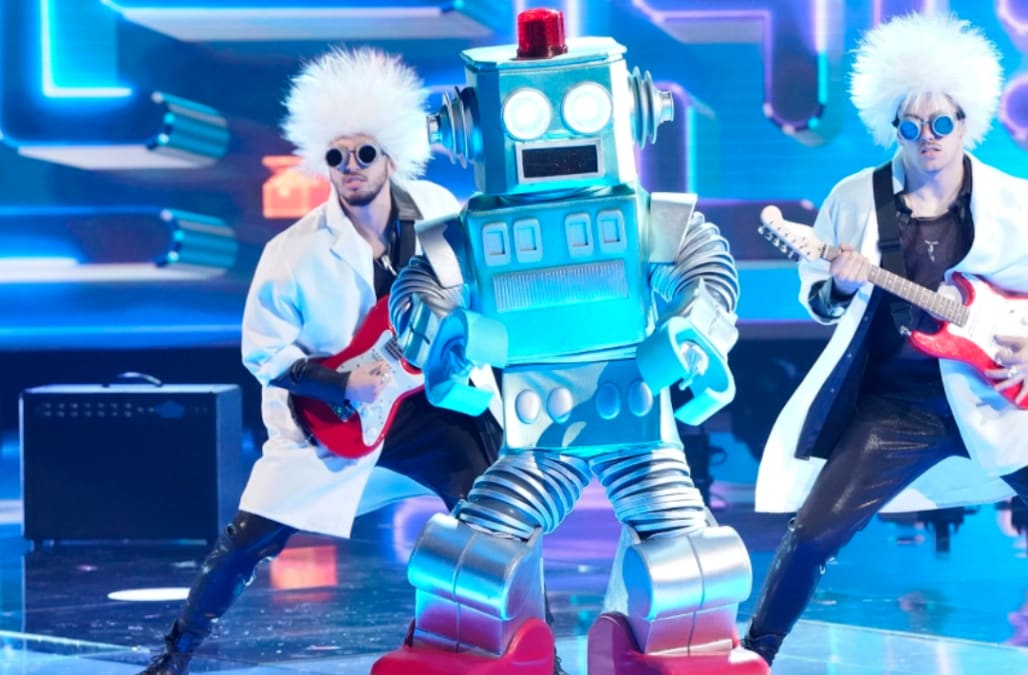 “The Masked Singer” relegated Robot to the scrap heap in the Season 3 premiere Sunday after the Super Bowl. The unmasking proved that no amount of fame is an automatic pass on Fox’s masquerade singing competition.

Robot, one of 18 new celebrity competitors, revealed in his clues segment that his potential has been stunted and that he’s had his “fair share of fame.”

“But I’m here to tip the scales and show that I can be relatable to anyone,” he said. “I really do have a heart.”

He performed Lenny Kravitz’s “Are You Gonna Go My Way” in a low-energy, dare we say robotic kinda way.

There would be no rise of the machine. He got cut. Then came the reveal.

“This is the most shocked I’ve ever been on this show,” said panelist Robin Thicke, who had previously performed with the music giant.

More from HuffPost US:
3 Natural Hair Bloggers Reminisce About The Early Days Of The Movement
How These Black Women Overcame Health-Related Hair Loss
Ayanna Pressley's Twists, Colin Kaepernick's Fro And The Best Black Hair In Politics