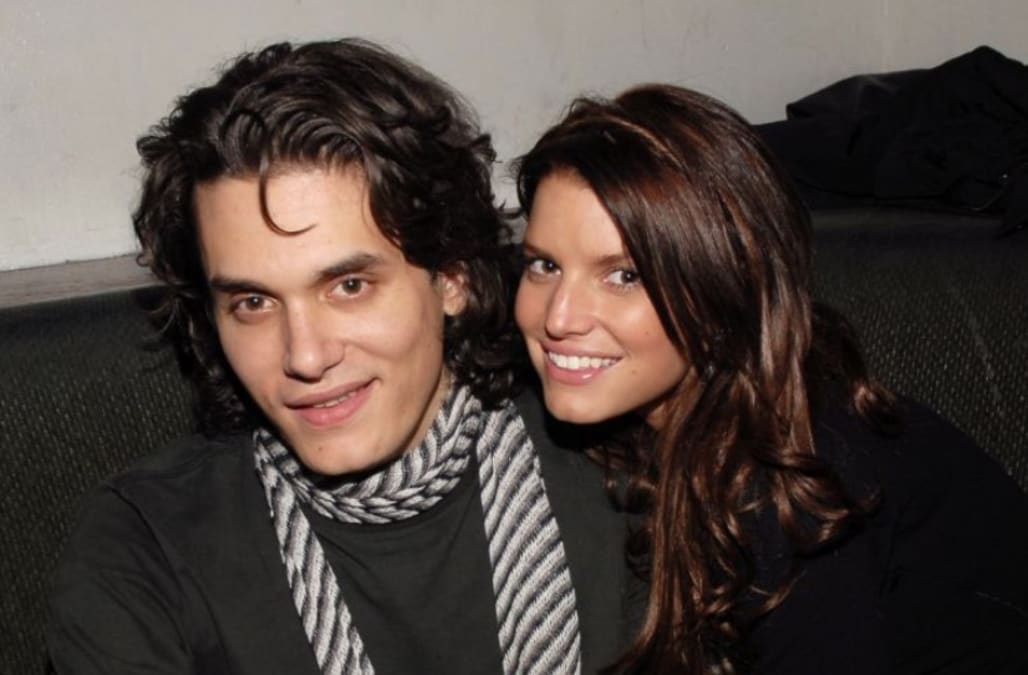 Jessica Simpson says she and John Mayer had a great relationship ... in bed.

A preview of the second part of the singer turned fashion mogul’s Today show interview, which airs Tuesday, has been released and in it, she talked about the “very complex” romance she had with the rocker. She said that while they were a perfect match under the sheets — he did call her “sexual napalm” — beyond that there was non-stop drama.

.@JessicaSimpson opens up about @JohnMayer in more of her interview with @hodakotb airing tomorrow on @TODAYshow: "We were great at intimacy. We were great at loving each other. That was easy, but the relationship was very complex...I went back close to 9 times." pic.twitter.com/4Y9uLkSJQm

Simpson revealed in her memoir, Open Book, which is out tomorrow, that she met Mayer in January 2005 — while still married to Nick Lachey — and they struck up a flirty relationship, sending intimate messages back and forth. (She was doing something similar at the same time with her married The Dukes of Hazzard co-star Johnny Knoxville.) In November of that year, Simpson split with the 98 Degrees singer and immediately began a romance with Mayer, who told her “he wanted to have all of me or nothing.”

Simpson and Mayer dated publicly until 2007 before splitting. In her book, Simpson wrote that Mayer “was obsessed with me, sexually and emotionally.” But he also made her feel insecure. “I constantly worried that I wasn’t smart enough for him,” she admitted.

Simpson, who revealed in the book that she began treatment for alcoholism in 2017, said her “anxiety would spike” with Mayer “and I would pour another drink. It was the start of me relying on alcohol to mask my nerves.”

After their big 2007 breakup, Simpson and Mayer went on to date other people — including Tony Romo (her) and Jennifer Aniston (him). But they continued to keep in touch — and then some — until Mayer’s infamous 2010 interview with Playboy. His comments — calling her “sexual napalm” and saying she was “like crack cocaine to me” — led her to delete his number for good.

“He was the most loyal person on the planet and when I read that he wasn’t, that was it for me,” she wrote. “I erased his number. He made it easy for me to walk away.”

Simpson wrote that Mayer “loved me in the way that he could and I loved that love for a very long time.” However, it was “too long. And I went back and forth with it for a long time. But it did control me.”

Just months after the Playboy interview came out, Simpson met Eric Johnson and moved on, going on to have 3 kids with the former NFL player. Simpson called Johnson, who quit drinking with her in 2017 in solidarity, a “selfless and loving person.”

Simpson’s treatment for her alcoholism has included therapy to get to the root of her problems — much of which stemmed from being a victim of sexual abuse as a child, she said. However, she wrote in her book that her therapy also including discussing that relationship with Mayer — and her therapist suggested that he probably never loved Simpson. He was just obsessed with her.

“Ooh, that broke me in half!” she told the New York Times of the revelation. “And that’s years into being married and having kids. And it was like, ‘Wow. I did this all for obsession? This was his way of loving me?’ I think that it just never clicked until it was just blatantly said to me: That’s not love.”

In that interview, she also said she didn’t tell Mayer that she was writing about him in the book. However, “I don’t think he’ll be shocked. He knows these stories.” Asked how she would feel if he used his platform to respond, she quickly shot back, “I don’t care.”

More from Yahoo Celebrity:
Duane Chapman speaks out about rumored romance with Moon Angell: 'There will never be another Mrs. Dog'
Actress Michelle Williams is pregnant and engaged to 'Hamilton' director Thomas Kail
Jennifer Lopez shares the marriage advice she got from Ruth Bader Ginsburg