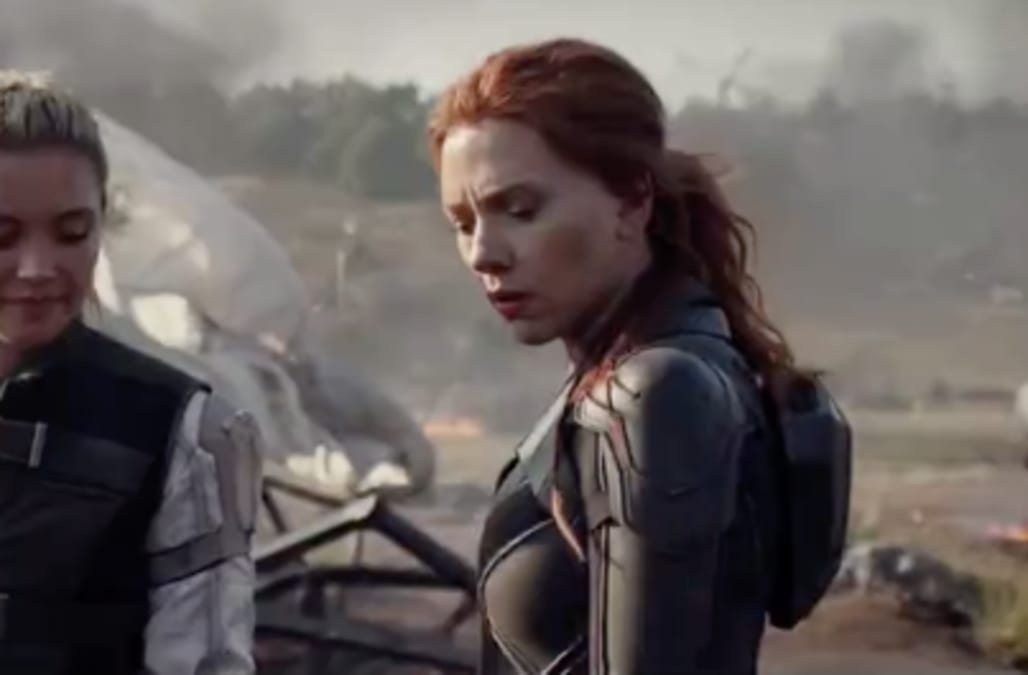 The Super Bowl is a big deal for sports fans, but it’s arguably an even bigger deal for movie fans, who use the annual game as a way to organize their blockbuster viewing lists for the coming year. And with no Avengers: Endgame or Star Wars saga-capping outing in the mix, the 2020 playing field is wide open for other franchises — welcome back Bond, James Bond — and some first-timers — we’re ready to get a look at The Invisible Man — to impress. (Speaking of impressive, how great was that spot for Marvel’s line of Disney+ shows?) Here’s our recap of all the Super Bowl movie trailers, ranked from must-see to meh.

Taking a page from The Godfather Part II, John Krasinski’s sequel to his 2018 blockbuster moves back and forth in time, showing us the world before the alien apocalypse and the continuing adventures of the Abbott family after the events of the original film. As this super-tense 30-second teaser reveals, Krasinski himself is back from the dead... albeit via flashbacks. Back in the present day, his onscreen widow (and real-life spouse), Emily Blunt, leads their children in search of a new home and encounters fresh dangers along the way, including a tense extraterrestrial-and-mouse encounter on an abandoned Metro North railway car. That scene speaks to what makes this burgeoning franchise so special, namely a top-notch mix of action and horror. We can’t be silent about how excited we are for more adventures in the Quiet Place universe.

A Quiet Place Part II opens in theaters on March 20.

The Fast and Furious saga has always been about family, and we know that because Dom Toretto reminds us every chance he gets. But the ninth installment is actually about family, since it pits Vin Diesel’s F&F patriarch against his long-lost brother, played by John Cena. Oh yeah, and it finallyresurrects one of the crew’s most beloved siblings: the temporarily gone, but never forgotten Han (Sung Kang). The action in the movie’s Super Bowl spot is suitably, sublimely ridiculous — check out Dom and Letty using a cable to “fly” their car — but it’s the characters we care about. Yes, really.

No Time to Die

We already know the one big way that No Time to Die will change everything about the James Bond series: The 25th official installment is also the last time we’ll see Daniel Craig in 007’s signature tux. What remains to be discovered is how exactly he’ll exit the franchise — in victorious retirement or in a body bag. Good thing there’s already another top agent waiting in the wings. Lashana Lynch is already stealing scenes as the newest “00,” and continues to prove her mettle here, expertly piloting a plane she’s never flown before. What this spot shows is that No Time to Die is the anti-F9 in its approach to larger-than-life action. Where F&F is proudly fantastical, Bond is out to make the impossible seem... possible. We’re convinced.

No Time to Die opens in theaters on April 10.

“You don’t know everything about me,” Scarlett Johansson’s super-spy says at the top of her first solo adventure, set before her untimely Endgame demise. Black Widow then proceeds to show us Natasha Romanoff’s first family — Papa, a.k.a. Red Guardian (David Harbor), Mama, a.k.a Melina Vostokoff (Rachel Weisz), and sister, a.k.a. Yelena Belova (Florence Pugh) — reuniting for a mission that pits them against the still-mysterious Taskmaster. The teasing glimpses of a Black Widow army and ol’ Tasky doing a Captain America shield move are nice touches, but we’re still waiting to see what’s going to set this movie apart from the Marvel pack. If this is Natasha’s swan song, she’s gotta go out with a bang.

Black Widow opens in theaters on May 1.

Universal’s Dark Universe may have ended before it even began, but the studio hasn’t given up trying to breathe new life into its old monsters. Horror experts Leigh Whannell and Jason Blum are the creative forces behind this Invisible Man reboot, which mixes bloody scares with a strong #MeToo message. While the longer trailer does a better job selling the film’s intriguing dramatic premise, this Super Bowl spot still delivers a short, sharp shock.

The Invisible Man opens in theaters on Feb. 28.

Disney’s latest animation-to-live action translation appears to take some big departures from the cartoon... and that’s a good thing! Featuring sumptuous medieval landscapes and sword-swinging, spear-kicking action, Niki Caro’s version of Mulan seems closer in tone and style to Crouching Tiger, Hidden Dragon than its 1998 source material. This spot made believers out of us.

Mulan opens in theaters on March 27.

“Where’s Hawkeye?” is so 2018. The only question on moviegoers’ minds in 2020 is: “Where’s Iceman?” Third time isn’t the charm for Val Kilmer’s Top Gun flyboy, who is sadly still MIA from the latest peek at the long-overdue sequel, which returns Tom Cruise to the cockpit for the first time since 1986. Instead, the Super Bowl spot focuses on the understandable tension between Maverick and Miles Teller’s Rooster — the rookie pilot flying in the shadow his father, Goose (Anthony Edwards), whose death in the original movie still reduces grown men to tears. “My dad believed in you: I’m not going to make the same mistake,” Rooster says ominously. How is Mavs gonna fly now?

In which Sega’s boisterous blue mascot tricks a quartet of real-life speedsters into singing his praises. Apart from some fresh Jim Carrey footage, the last big Sonic spot before the movie’s Feb. 14 release doesn’t offer a lot of new material. (Here’s hoping the VFX artists have completely finished that last-minute revamp.) But that’s not going to matter to the movie’s target audience of old and new school gamers, who are just thrilled to see their favorite hedgehog — and perhaps a few of his friends — cracking wise and throwing rings in movie theaters.

Sonic the Hedgehog opens in theaters on Feb. 14.

The SpongeBob Movie: Sponge on the Run

Nickelodeon’s superstar sea sponge has been serving up self-aware humor for 20 years and counting, so this commercial’s oh-so-meta gag about the expense of Super Bowl advertising is completely on brand. Unfortunately, the actual footage from the film doesn’t do a great job selling SpongeBob’s third big-screen adventure, which finds him hitting the road in search of his missing snail. The one bright spot? Keanu Reeves’s cameo as — what else? — the world’s wisest tumbleweed.

The SpongeBob Movie: Sponge on the Run opens in theaters on May 22.

Minions: The Rise of Gru

Seasons may change, empires may rise and fall, but the Minions are apparently eternal. Illumination’s banana-yellow mascots headline their second solo adventure, this one set when their future employer, Gru, is still a very young criminal mastermind. The broad animated antics on display in The Rise of Gru trailerare similarly aimed at a very young audience (and their parents), and they’re welcome to it. We’ll just plan on spending Fourth of July weekend at Free Guy.

Minions: The Rise of Gru opens in theaters on July 3.