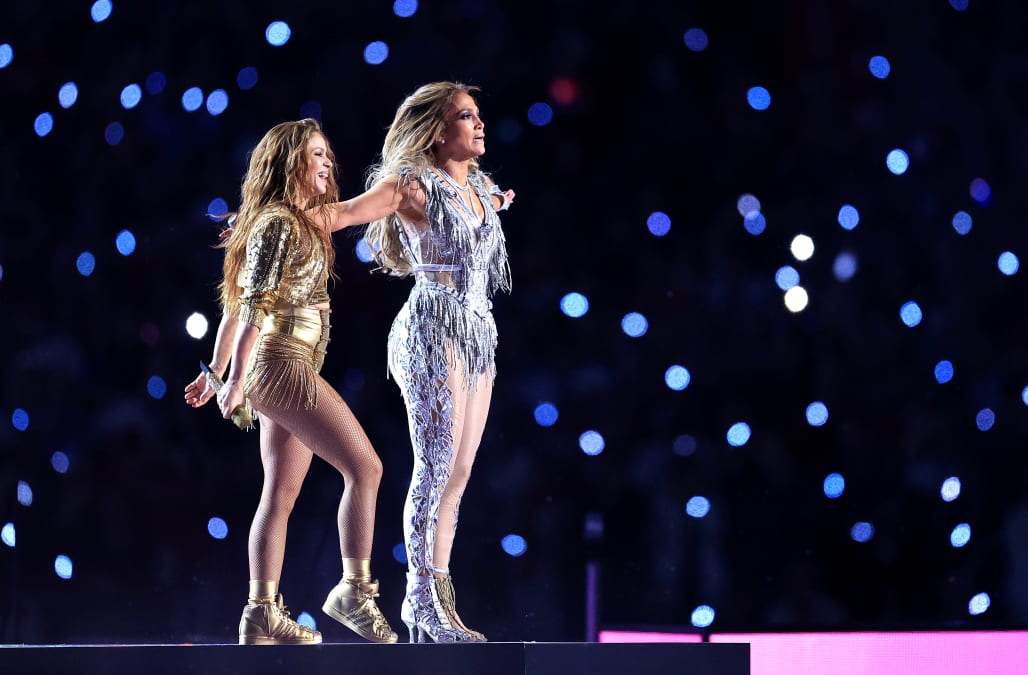 Ever since Shakira and Jennifer Lopez were announced as headlining the Super Bowl LIV Halftime show, it was expected that the two would bring the Latino Power, and the singers did not disappoint.

The divas delivered a show that began with Shakira, who opened with “She Wolf,” followed by a medley of her hit songs, including “Whenever, Wherever” and “Hips Don’t Lie.” Viewers at home and in the stadium were surprised to hear Shakira launch into “I Like It,” the song made famous by Cardi B. Puerto Rican singer Bad Bunny joined in on a Super Bowl remix of sorts.

JLo’s performance followed with a demonstration of her pole dancing talents, courtesy of the movie “Hustlers,” in which she stars. It was just one of a dozen-plus choreographed pieces which showed her versatility as a performer and, yes, as a singer. Among her greatest hits mini-set were the classics “Jenny from the Block” followed by “Ain’t it Funny” and “Get Right.” She then changed wardrobe to a silver and nude one piece and into “Waiting for Tonight.”

Colombian artist JBalvin joined Lopez for a performance of “Que Calor,” while she sang “Love Don’t Cost a Thing.” The two switched to “Mi Gente,” on which Balvin collaborates on with Beyoncé, who was also in the building. As Balvin exited the stage, Lopez went into “On the Floor” and touched hands with her daughter Emmy, who led as a vocalist in a chorus of children performing a slowed-down and moving rendition of “Let’s Get Loud.” Nodding to her own heritage, Lopez was draped in a coat bearing the Puerto Rican flag.

By extending an invitation to J Balvin and Bad Bunny, it seems that Shakira and JLO clearly strategized to have Colombian and Puerto Rican talent onstage at all times. But it wasn’t until “Waka Waka,” the halftime show’s finale when Jennifer Lopez shared in vocal duties, that the two most powerful Latinas in entertainment performed together in a perfectly synchronized last bow.

The two stars hugged at the end of the performance taking in the history-making moment as the first Latinas to headline a Super Bowl halftime stage.

More from Variety:
Harvey Weinstein trial: Choking back tears, accuser shares graphic rape allegations
Gina Rodriguez on ease of working with Evan Rachel Wood: ‘She loved me’
Oprah defends decision to exit #MeToo doc: 'This is not a victory for Russell' Simmons