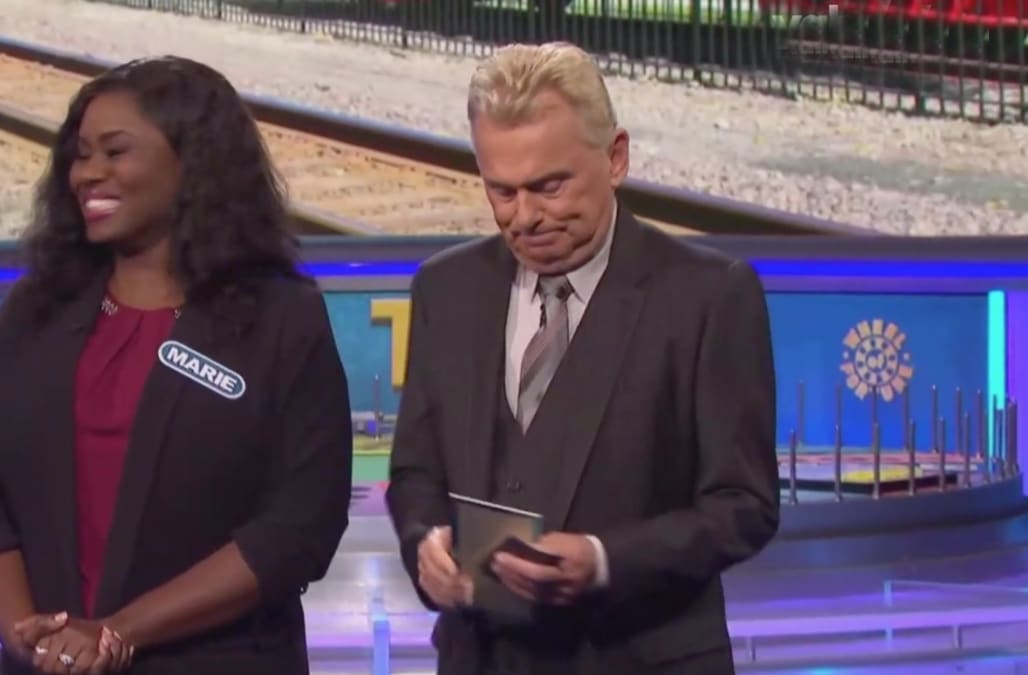 During the bonus round on Wheel of Fortune, Wednesday, contestant Marie Leo's hilarious wrong answer made her an internet sensation.

After winning $13,950 in the regulation time, Marie earned a trip to the bonus round. She selected the puzzle topic, "What are you doing?" Well, it turns out the Marie likes to do a lot of things.

The puzzle was made up of a 7-letter word and a 4-letter word, with the top word likely ending in "-ing," and the second letter in the second word being an "A." While the puzzle was almost impossible to guess, Marie tried her best and answered "Chasing Tail."

She immediately knew the answer was wrong and started nervously giggling, meanwhile the audience was full on laughing. For a moment she left host Pat Sajak speechless, as he pantomimed zipping his mouth shut, locking it, and throwing away the key.

The correct answer was "Kicking Back." Her incorrect cost her $45,000 but made her a "hero" in the eyes viewers, who took to Twitter to celebrate her incorrect response.

She really said “chasing tail.” This is a family show, lol. 😂 #WheelOfFortune

The girl on wheel of fortune tonight...her introduction was about how she loved eating at buffets and her guess on a puzzle was “chasing tail”...answer was really “kicking back”. I want to be friends with her

Considering Marie is a 911 operator, she is no stranger to being called a hero. But her husband of 6 years might take exception to the fact that she guessed "chasing tail" for the puzzle "What are you doing?"

Wheel of Fortune airs weekdays, visit their site for local listings of time and channel.