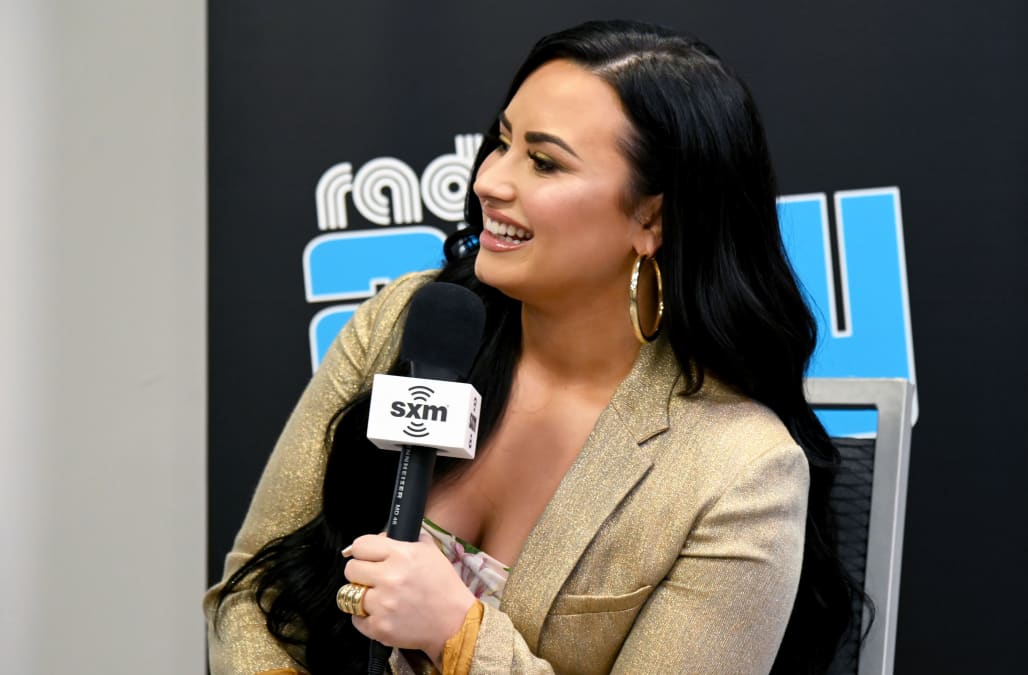 Don't tell your mother... or do! Demi Lovato is opening up about the experience of coming out to her parents as sexually fluid. The 27-year-old pop star has been candid in the past about being attracted to both men and women, but didn't tell her parents about her preferences until 2017.

"I'm still figuring it out," she told Andy Cohen of her sexuality on SiriusXM's Radio Andy. "I didn't officially tell my parents that I saw myself ending up possibly with a woman too until 2017."

She described the conversation as "emotional but really beautiful," adding, "After everything was done I was shaking and crying and I just felt overwhelmed. I have such incredible parents, they are so supportive."

Lovato's biological father, Patrick, passed away in 2013, but she has publicly stated in the past that she considers her mom, Dianna, and stepfather, Eddie, to be her parents.

As for whether she'll actually end up with a woman or not, Lovato doesn't know. She has previously stated she wants to start a family in the next decade.

Lovato also opened up about singing the National Anthem at the Super Bowl on Sunday.