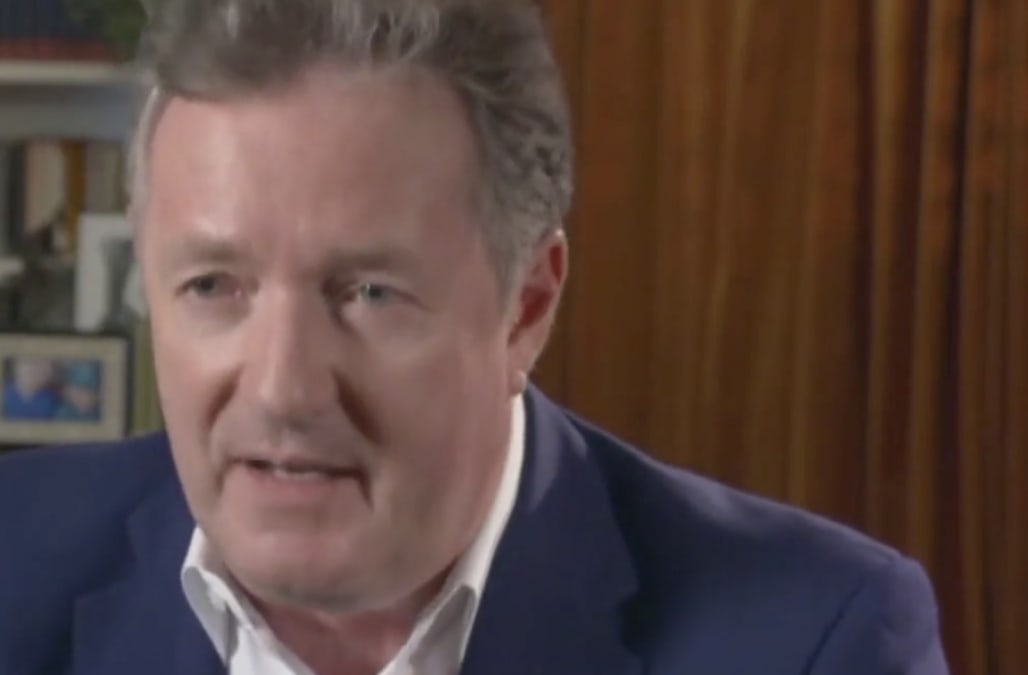 British television host Piers Morgan held nothing back while talking about Prince Harry and Meghan Markle on Harry & Meghan: The Royals in Crisis, a one-hour special, which aired on Fox Wednesday night and was hosted by TMZ's Harvey Levin.

Morgan called Markle “one of the most ruthless social climbers” he’s ever met in his “entire life,” as he stated, "The moment Meghan Markle no longer perceives you to be useful, it doesn't matter how close a family member, or friend, you are, you get chopped. She's done it to almost all her old friends. She's now acquired new friends – Oprah, George Clooney, David Beckham, Elton John – and she's done it to her ex-husband, she's done it to most of her family, 99% of them."

On January 8th, Prince Harry and Meghan announced their decision to "step back as 'senior' members of the Royal Family" on Instagram, an event which has since been dubbed "Megxit."

“After many months of reflection and internal discussions, we have chosen to make a transition this year in starting to carve out a progressive new role within this institution. We intend to step back as ‘senior’ members of the Royal Family and work to become financially independent, while continuing to fully support Her Majesty The Queen. It is with your encouragement, particularly over the last few years, that we feel prepared to make this adjustment. We now plan to balance our time between the United Kingdom and North America, continuing to honour our duty to The Queen, the Commonwealth, and our patronages. This geographic balance will enable us to raise our son with an appreciation for the royal tradition into which he was born, while also providing our family with the space to focus on the next chapter, including the launch of our new charitable entity. We look forward to sharing the full details of this exciting next step in due course, as we continue to collaborate with Her Majesty The Queen, The Prince of Wales, The Duke of Cambridge and all relevant parties. Until then, please accept our deepest thanks for your continued support.” - The Duke and Duchess of Sussex For more information, please visit sussexroyal.com (link in bio) Image © PA

Duke and Duchess of Sussex recently relocated to Canada, where they will work to become financially independent by exploring opportunities in the entertainment industry. However, Morgan isn't optimistic about the couple's future endeavors.

"They've gone off to be the big stars of the family, and it's incredibly sad," said Morgan. "I think it's very damaging, I think it will end in tears, and I fear it will end in Harry's tears."

Morgan also warned, "If Meghan Markle thinks she's gonna emerge from this as some kind of Princess Diana figure, she needs to think again. She's going to end up like a mini royal Kim Kardashian, with all the ignominy that goes with that title."

Some believe that Megxit could end up opening the floodgates for other royals to follow in their footsteps. However, Morgan believes that if "renegade royals" start becoming global celebrities, it could be very detrimental to the monarchy.

"If you allow them to do that, and to ruthlessly commercially cash in on their royal fame, that is the beginning of the end of the monarchy, and that's why I'm stunned the queen's allowed them to do this," said Morgan.