Meghan McCain confirms feuds with 'The View' co-hosts: 'It was rough' 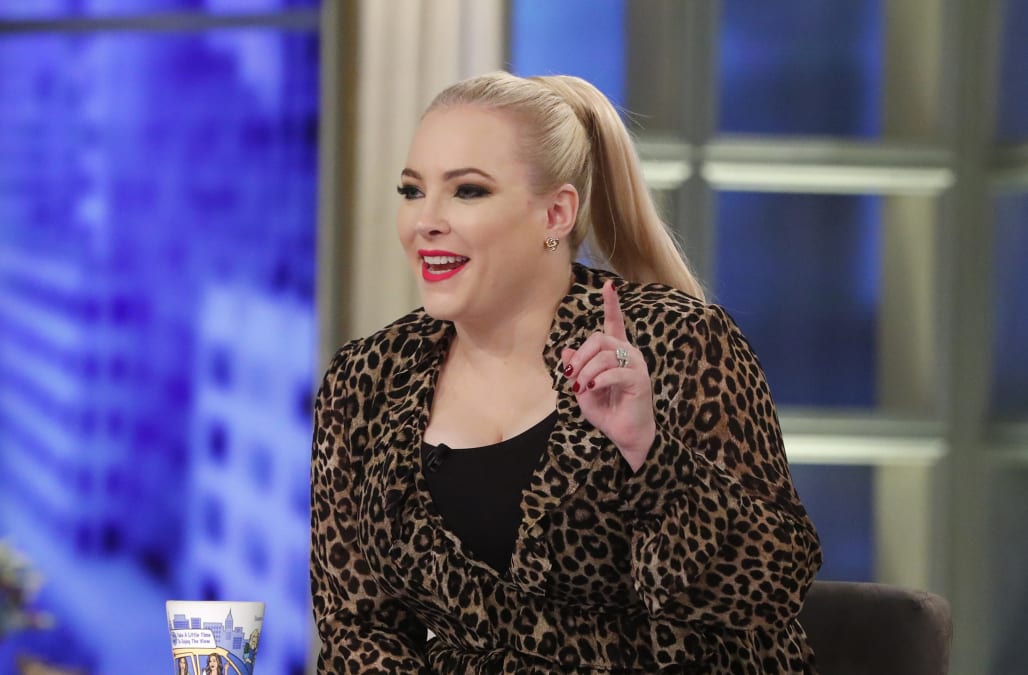 Meghan McCain candidly addressed her public and private feuds with co-hosts Whoopi Goldberg and Abby Huntsman, both of which, she revealed are resolved.

During her appearance on "Watch What Happens Live with Andy Cohen," the "View" co-host confirmed she and Huntsman did get into a fight, which she described as a "very small fight and a friend fight."

After announcing she would leave the show earlier this month, CNN reported people at the show described a toxic work environment and that Huntsman had complaints about tensions between her and McCain. The two long-time friends allegedly had an argument over Huntsman's on-air enthusiasm for her children, which McCain, who has been open about her fertility challenges, said was insensitive.

McCain, however, denies she is the reason that Huntsman left the show, saying the pair are "still very good friends."

"We are very close, I just talked to her yesterday morning," she said. "She is campaigning with her dad. I think she was genuinely conflicted with her dad running for governor and her not helping and that is the reason she left."

The conservative host also slammed the media, claiming that it "weaponized" their fight, which she found "cruel."

"All friendships have ups and downs and it was sort of bizarre to me, and I think bizarre to her, to have the fact that we got in one fight in the two years we’ve worked together on the show to be put under dissection in the media, to be weaponized," she said.

"It’s cruel, it’s very cruel and this has been a really, really, rough few weeks for me. I didn’t want her to go, selfishly, because I thought she was an amazing co-host and just having a friend there is lovely," she continued. "But it’s been really emotionally taxing to have our friendship used this way in the media."

She also spoke out about her on-air clash with Goldberg in December when she told McCain to "please stop talking!" during a heated discussion.

"It was rough, and I will say that she was having a bad day," McCain said of the moment. "We talked about it that night and the next day and ... you know, it’s live TV and it’s really intense stressful times for everyone. I adore her. She apologized off air, she apologized on air, we all f*** up on the show. It’s live every day and I forgive her, I love her."

McCain doesn't have plans to leave the show, but she vowed to exit if Goldberg were to ever quit.

"If she leaves, I go," she said. Whoopi is the anchor of the show and my life there. She always picks us up when we’re down. If she’s gone… if she jumps I jump. I adore her and I need her as the moderator."

See the full interview below: