Hailey Bieber claps back at fans bullying her with a medical diagnosis: 'Please stop roasting me' 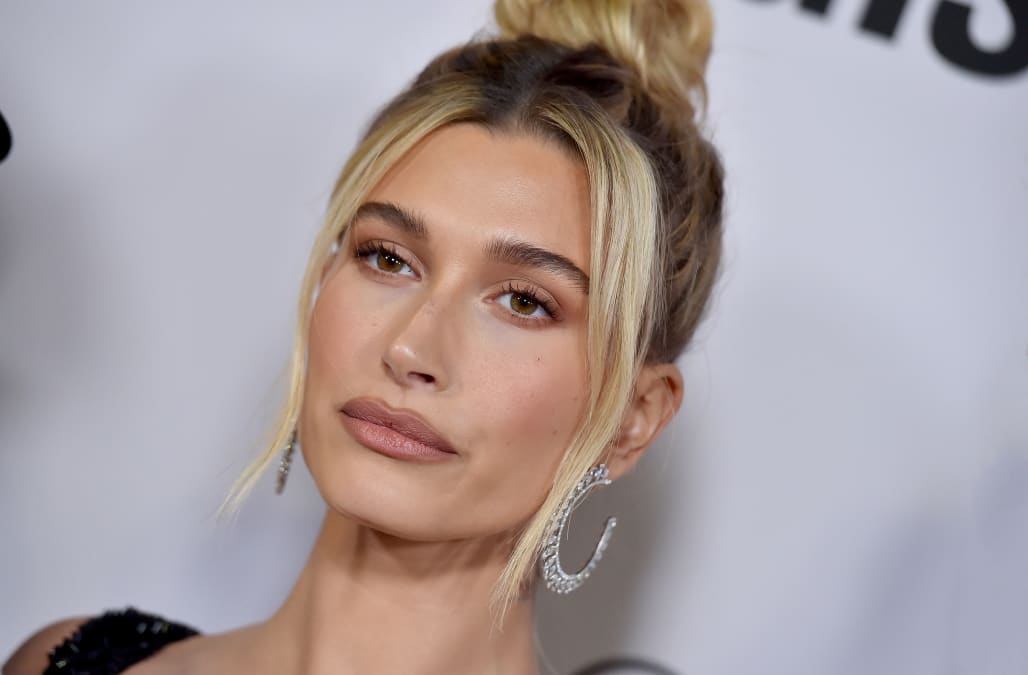 Though many models and Instagram girls are often under close scrutiny for their bodies and body parts, one particular criticism had Hailey Bieber up in arms -- or shall we say, hands.

The model took to Instagram to clap back at fans and followers that have made comments about her pinky finger which she called "crooked and scary" in an Instagram story posted on Tuesday.

Bieber posted a series of three separate stories (the middle one has since been deleted) outlining the cause of her abnormal looking digits, explaining that she suffers from a genetic disorder called Ectrodactyly. 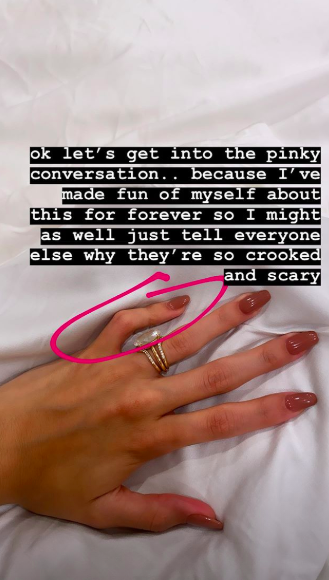 "Okay let's get into the pinky conversation," Bieber wrote on the first post of the series, "because I've made fun of myself for this for forever so I might as well just tell everyone else why they're so crooked and scary".

According to the Daily Mail, Bieber then shared a screenshot of the Wikipedia page for the disorder which explains that Ectrodactyly is "a rare form of a congenital disorder in which the development of the hand is disturbed."

Medicine.net also describes the disorder as a term "applied to a variety of malformations of the fingers or toes".

Bieber then posted a third and final photo to her story calling for followers to stop "roasting" her about her fingers: 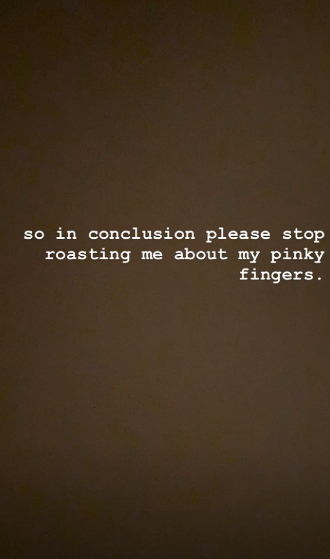 "so in conclusion please stop roasting me about my pinky fingers," the text post read.

Judging by Bieber's impressive modeling career and portfolio, it's safe to say the condition won't be holding her back anytime soon.

More from Aol.com:
Chrissy Teigen's latest viral video shows her acting out a video game and fans are confused
TI apologizes to daughters 2 months after hymen backlash: 'Please forgive me for any and all imperfections'
Kim Kardashian gives update on North and Saint's sibling rivalry: 'Finally!'
David Letterman remembers feeling 'heavy perspiration' after Oprah-Uma joke at the Oscars
Celeb dads share #GirlDad photos inspired by Kobe Bryant and his daughters