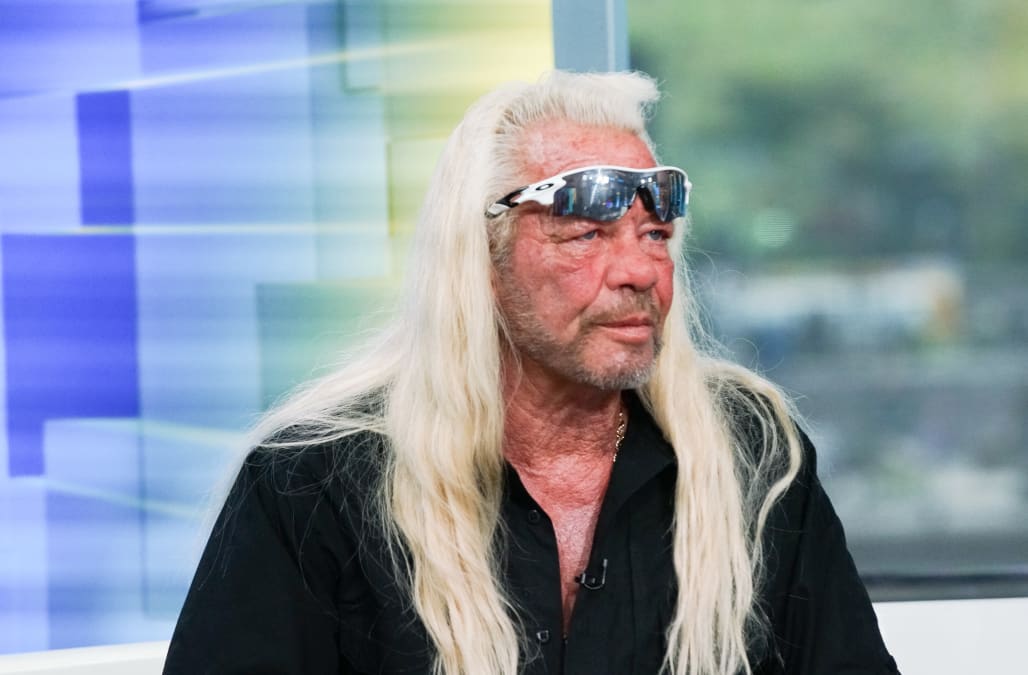 Seven months after he lost his wife to throat cancer, Duane "Dog The Bounty Hunter" Chapman may soon be walking down the aisle again.

The reality star was interviewed by Dr. Oz for an upcoming episode of his show, where Dog addressed the emotional turmoil of losing his fifth wife, Beth, in June.

The 66-year-old was also joined by new girlfriend Moon Angell -- and although the two never officially confirmed they were a couple, one question seemed to clear speculation up.

"I am a lot happier with her around," Dog says in the teaser clip for the Feb. 3 show.

In another part of the interview, an emotional Dog proposes to Angell.

"Moon Angell, will you marry me?" he asks.

After weeks of family turmoil, @DogBountyHunter and Moon Angell join me to set the record straight.

While TMZ claims the couple is not engaged and that Dog merely "got caught up in the moment," Angell apparently has a long history with the family.

According to reports, she was quite friendly with Beth and even acted as maid of honor during the couple's wedding.

Dog's daughter, Lyssa, also claims that Angell dated her brother before starting a new relationship with the reality star.

"If someone who met your family by dating your brother, tried to date your father after your step- mom died what would you do?" she wrote on Twitter earlier this month.

"If you went to your mothers closet and saw she moved all her clothes and replaced them with her own, what would you do ? #ItsNotWhenOrWhyItsWho."