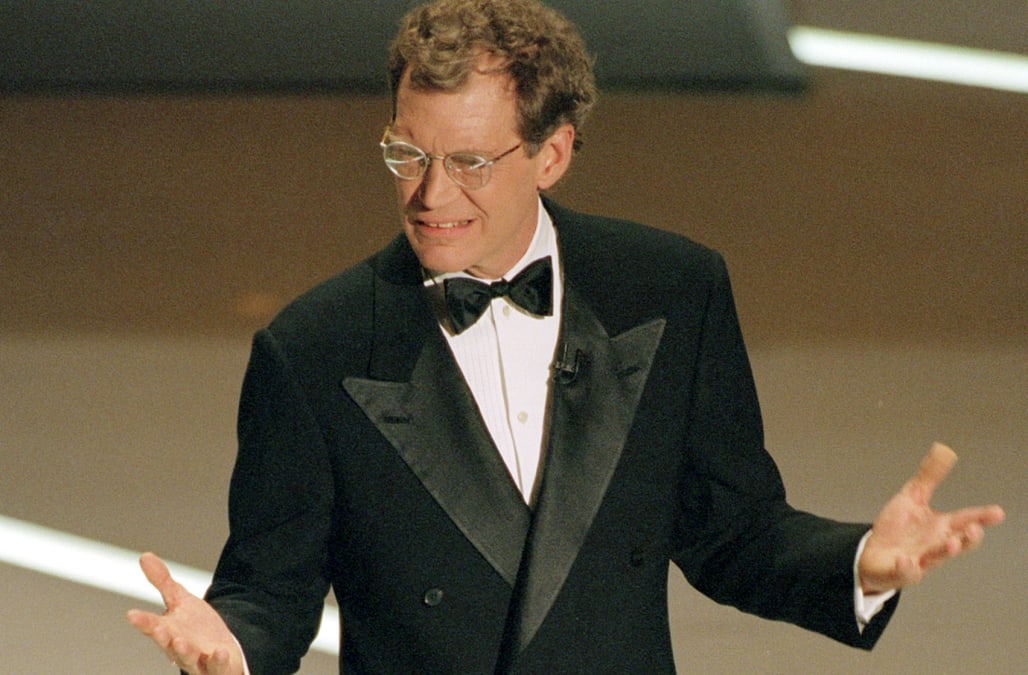 Talk show legend David Letterman was reluctant to host the Oscars from the start, to the point where he turned down the first offer, but he said yes the following year. His agent really wanted him to do it, and Letterman felt like he needed to overcome his fear.

“And then, almost immediately after accepting, I started to realize, ‘Oh, geez, what if this doesn’t go well?’” Letterman told The Hollywood Reporter in an interview published Tuesday. “And then, within a month, I had an awareness that, ‘Oh, by the way, this isn’t going to go well.’ And it became a self-fulfilling prophecy.”

As anyone who watched Letterman’s performance can confirm, the funnyman was not a huge hit with the star-studded audience. Although the telecast of that year’s Academy Awards ceremony garnered the highest TV ratings in more than a decade, what most people remember about that show 25 years ago is the awkward moment when Letterman introduced Oprah Winfrey and Uma Thurman to each other. He then asked them if they had met Keanu Reeves.

“In my mind, we have these three people, highly respected and of great status in the popular culture, in the same room,” Letterman explained, “so it’s not like we’re introducing ‘Linda’ and ‘Diane’ to ‘Bob.’ We have Oprah — I don’t know that I know another Oprah, although there probably are hundreds of them now; same with Uma; and Keanu, I barely care about, but nonetheless, it’s still a different name. And I just thought, ‘Oh, this will be so fun and lighthearted.’”

Though the joke appeared to go over well enough watching it back on TV, Letterman knew immediately that the people in the room were confused rather than entertained. It was a bit that a producer suggested at the last minute.

“And by the way, this is a solid idea that I would do today if those three people were ever in the same room with me again — which seems unlikely, now that I think about it. But I said, ‘This is great, this will be perfect, this will supersede the jokes, this will loosen everybody up!’” Letterman said. “Because unusual names — we have three! One of the mistakes that I made was I didn’t tell anybody, ‘Maybe we need a shot of Oprah, maybe we need a shot of Uma, maybe we need a shot of Keanu.’ It never occurred to me. I just thought, ‘Once you say, ‘Oprah,’ well, the camera will swing around to Oprah.”

The host had a tough time finding any of the people he mentioned, though, and he could sense that the joke just hadn’t played well. When he asked people backstage about how it had gone, he could tell that they were trying to be polite.

“We went from ‘fine’ to ‘great’ in about a 15-minute conversation, and that was my first realization, other than the heavy perspiration,” Letterman said.

The worst for Letterman was when Steve Martin, a comedian he idolized, joked that he enjoyed Letterman’s monologue as much as he enjoyed cleaning up after his dog.

“And I just thought, ‘Oh, my God, Steve Martin hates me,’” Letterman said. “And I felt horrible about that. But it was just embarrassment — that’s all it was. It was like when your body turns on itself. ‘Well, what happened?!’ ‘Well, your liver is eating your kidney.’ My personality was attacking itself. So the story of the evening started to harden.”

He managed to make it through the rest of the show. His agent eventually referred to his hosting gig as “one bad outing.”

Letterman said he was surprised when Oscar officials asked him to host the show two more times. Of course, he turned them down. He did appear at a ceremony Billy Crystal hosted that referred to his Oprah-Uma joke.

The TV legend said he thought his Oscars stint played a part in Jay Leno’s Tonight Show passing him in the ratings shortly after the event.

However, he dismissed the idea that it caused his supposed feud with Winfrey.

This year’s Oscars, set for Feb. 9, will not have a host.