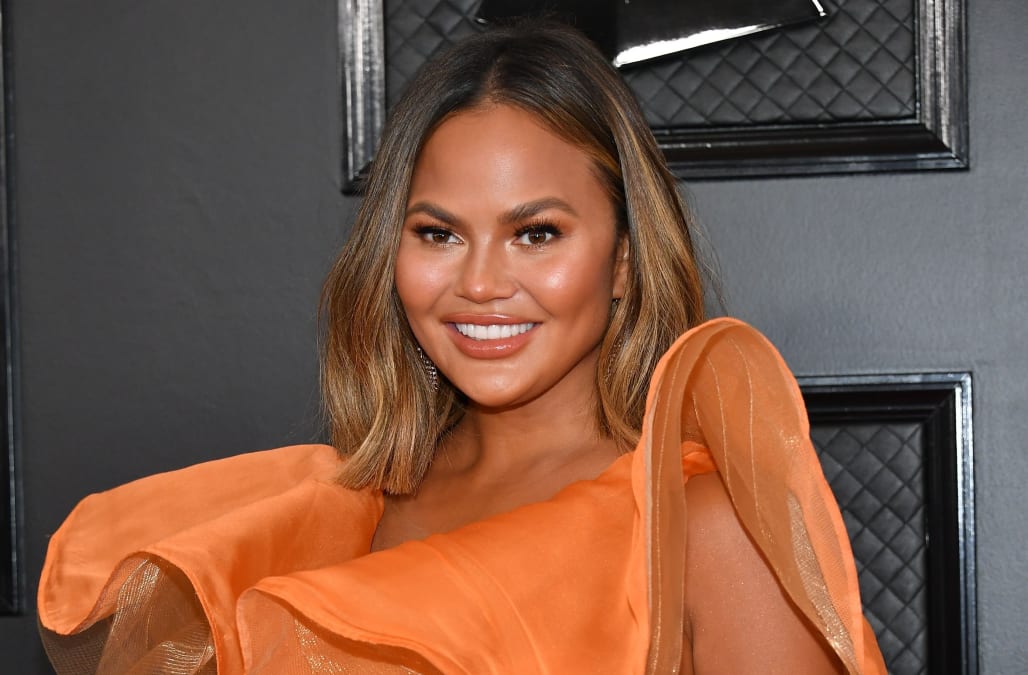 Chrissy Teigen's latest viral tweet simultaneously has a lot of people confused and a lot of other people singing her praises.

The best-selling cookbook author took to Twitter to share a video of herself channeling the iconic Nintendo character, Luigi, in which she hilariously pretends to suck up food and money from a table using a steamer. In the clip, Teigen is wearing a glamorous, sheer robe as she hangs out in what looks like a mansion and makes noises that mimic those heard in the popular Nintendo Switch game, "Luigi's Mansion 3."

"itsa me luigi hooo hoooo," she captioned the video, which now has over 3 million views.

In a series of follow-up tweets, Teigen gave more information about what exactly was going on at the time.

"that’s john throwing the coins and honestly no one on this f**king set understood what was happening," she wrote. "also that's a steamer."

"this is not my house. that isn't real food," she added. "how rich and old do u think we are."

Teigen was seemingly reacting to confusion from her followers over what exactly was happening in the video that she posted:

i'm not exactly sure what's happening here but i'm here for it.

I don’t know what’s happening here but is the vacuum supposed to eat the cookies?

Others were familiar with Teigen's obsession with gaming and expressed their appreciation for her "Luigi's Mansion" reference.

I could not be more pleased by this reference.

At least one person was impressed with Teigen's acting chops, jokingly asking, "Will you be submitting for Best Performance?"

If you're still curious about the game that Chrissy Teigen and her followers can't stop talking about, order "Luigi's Mansion 3" for Nintendo Switchhere.