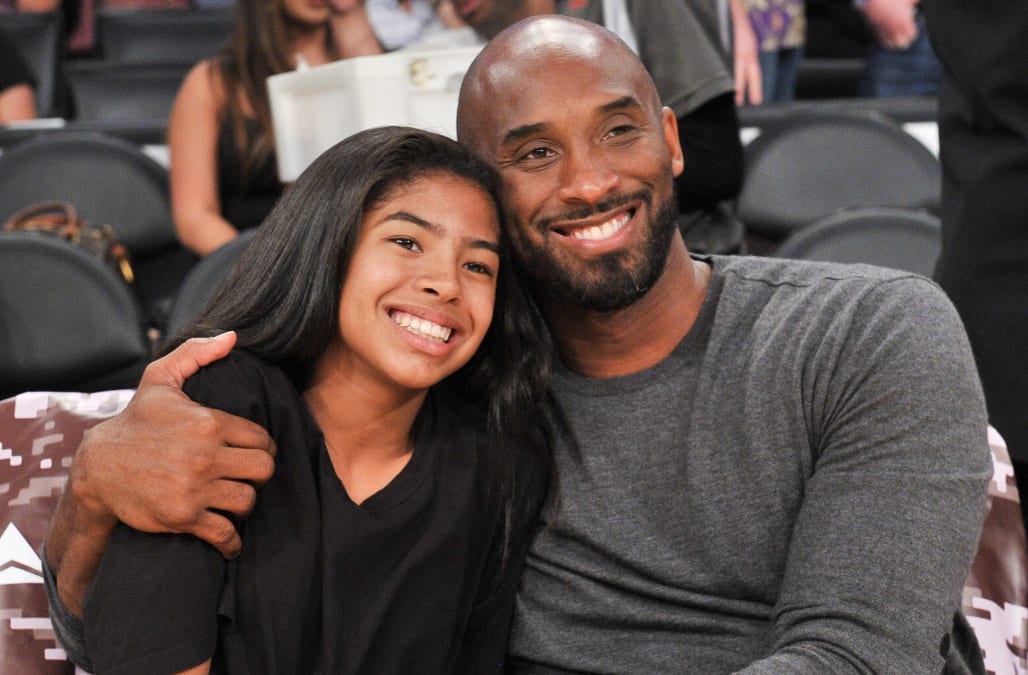 Kobe Bryant's tragic death at the age of 41 alongside his 13-year-old daughter, Gianna, is inspiring dads around the world to celebrate being a #GirlDad on social media.

Bryant shared three other daughters with his wife, Vanessa: Natalia, 17, Bianka, 3, and Capri, 7 months, and he was a famously dedicated father to all four of his children. While there were countless examples of this, one in particular went viral after Kobe and Gianna's fatal helicopter crash on Sunday: In a clip shared by the likes of Gabrielle Union and Chrissy Teigen, ESPN reporter Elle Duncan recalled her interview with Kobe from a couple of years ago.

In a sea of tributes that ached my soul, this one had to be the most beautiful and heart wrenching. Thinking of their friends, families and the pain they are going through with great love. Someone take care of all the broken hearts dealing with unimaginable loss. Thank you, @elleduncan.

"He said that his wife, Vanessa, really wanted to try again for a boy, but was sort of jokingly concerned that it would be another girl," Duncan said during her tribute. "And I was like, 'Four girls! Are you joking? What would you think? How would you feel?' And without hesitation, he said, 'I would have five more girls if I could. I'm a girl dad.'"

"He said that his oldest daughter was an accomplished volleyball player and that the youngest was a toddler, so TBD," Duncan went on. "But that middle one, he said, 'That middle one was a monster. She's a beast. She's better than I was at her age. She's got it.' That middle one, of course, was GiGi."

After her clip started to be shared online, #GirlDad began trending, and Duncan took to Twitter to express her gratitude for dads posting tributes to their own daughters as inspired by her words about Kobe Bryant and his love for his daughters.

"I’m so moved by the outpouring of support behind my story about Kobe. And I love that #girldad is trending.. so for all those proud fathers who still have their girls to love on can you flood my timeline with pics of you and your flock," she said, encouraging people to share father-daughter photos. "Honestly I need it as much as anyone rt now."

I’m so moved by the outpouring of support behind my story about Kobe. And I love that #girldad is trending.. so for all those proud fathers who still have their girls to love on can you flood my timeline with pics of you and your flock. Honestly I need it as much as anyone rt now

There were countless posts shared using the #GirlDad hashtag, and some of the most notable posts came from fellow celebrity and athlete fathers like Russell Wilson, Timbaland, Alex Rodriguez, Al Roker and Bow Wow.

Nothing better than being a #girldadpic.twitter.com/SBbZEWMJB0

I'm so proud and lucky to be a #GirlDad. ❤️❤️ https://t.co/sluOIktQwu

Nothing better in the world than being a #girldadpic.twitter.com/kAcxo9UGph

Proud to be a #GirlDadpic.twitter.com/uNTsYw6WJT

There’s nothing I’m more proud of than being a #Girldadpic.twitter.com/gye4e5az5A

I’m a grateful #GirlDad...❤️It doesn’t get any better.I’ve been blessed by God’s grace with these 2 awesome fearless and intelligent ladies..
They are the air that I breathe.

Proud to be a #girldad

A little over a month ago my Dad was pronounced dead at the hospital, then they told us if he ever woke up his brain function would be close to 0. He is now fully recovered and got to hold his granddaughter for the first time this week. Time and life is so fragile and you never know when your clock will hit double zeros. I am beyond blessed to have them in my life and the most amazing mother to my daughter. At the end we’re all “Just Visiting” and our time here should be making it better with love and dedication to family and work. I’m so blessed by many things and being a “Girl Dad” like Kobe Bryant said is my greatest accomplishment. Give the people around you hugs, smiles, and light. ❤️

@fashionnovamen #girldad I LOVE YOU SHAI

Kobe Bryant and his daughter, Gianna, died alongside seven other people while flying to one of Gianna's basketball games on Sunday.

RELATED: See photos of Kobe Bryant and his family together: