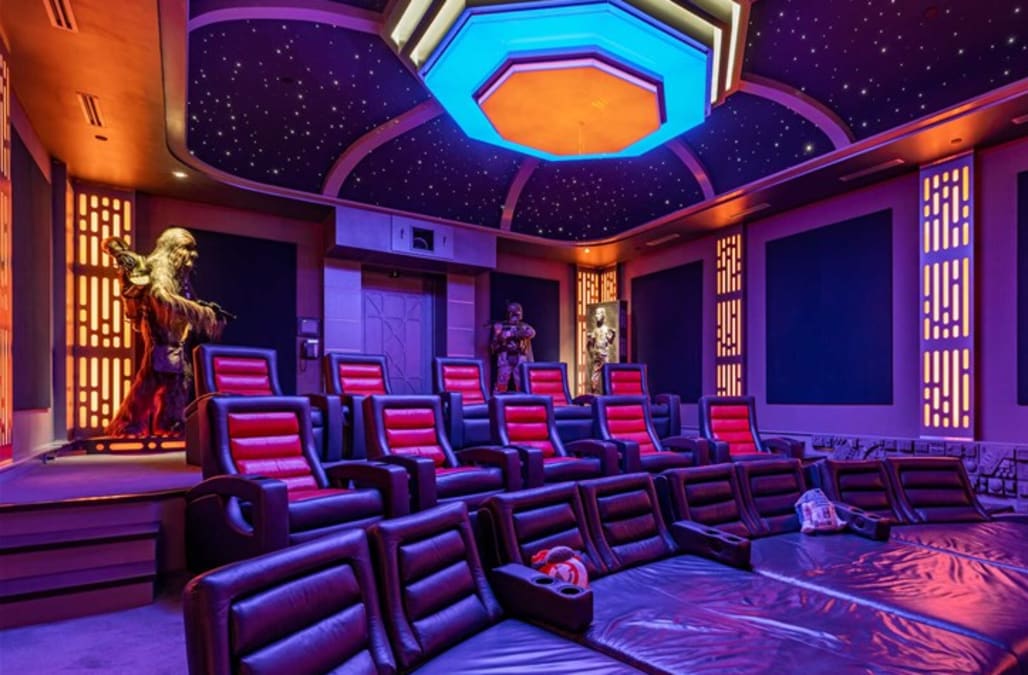 It’s not a galaxy far, far away — it’s just California.

While it’s unclear exactly when fans will get another "Star Wars" film, one homeowner has managed to turn their suburban Los Angeles home into the next best thing.

The $26.5 million mansion, which is being listed for sale by luxury real estate company The Agency has around 5,000 square feet devoted to Darth Vader, X-Wings and everything in between.

According to the Wall Street Journal, the "Star Wars" portion of the house is located in the full basement, which could come in handy in case you aren’t trying to show your life-sized Mos Eisley cantina to everyone who comes over. 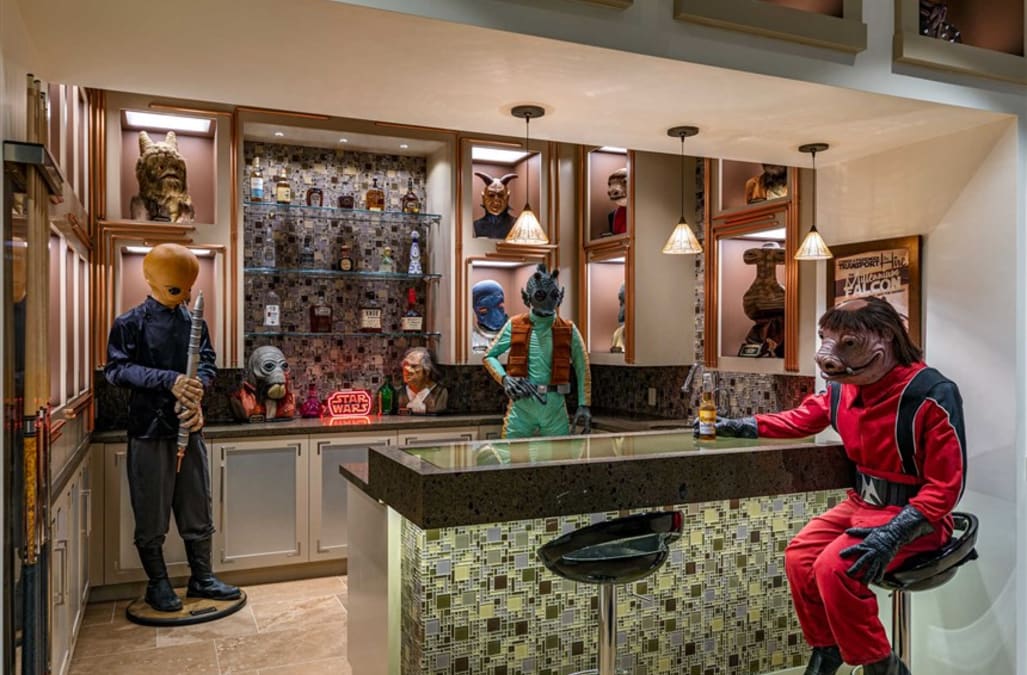 There are several elaborate rooms dedicated to memorabilia from the series, including the cantina, a gaming room and a museum-like hall full of action figures.

That’s also where you’ll find Darth Vader, who joins multiple life-sized stormtroopers in the hall. There are more than 40 full-sized figures in the basement in total, according to Today. 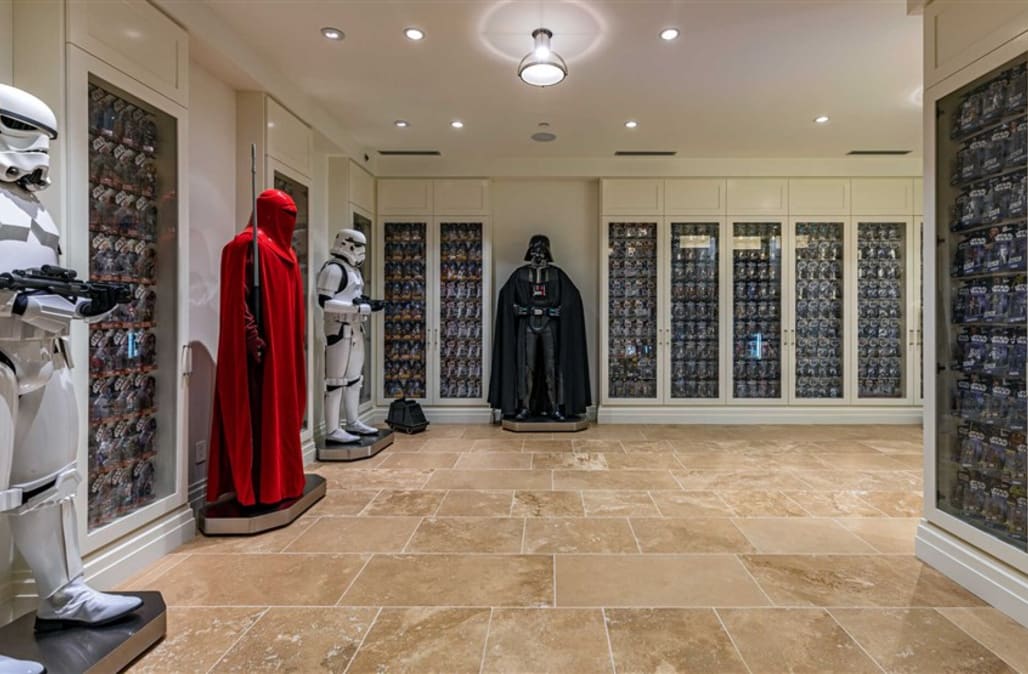 Then there’s the home theater, which comes equipped with 18 seats for powering through a full "Star Wars" marathon. There are star-like lights overhead to set the mood and a few life-sized friends inside the theater — including Chewbacca, Boba Fett and a carbonite-frozen Han Solo. 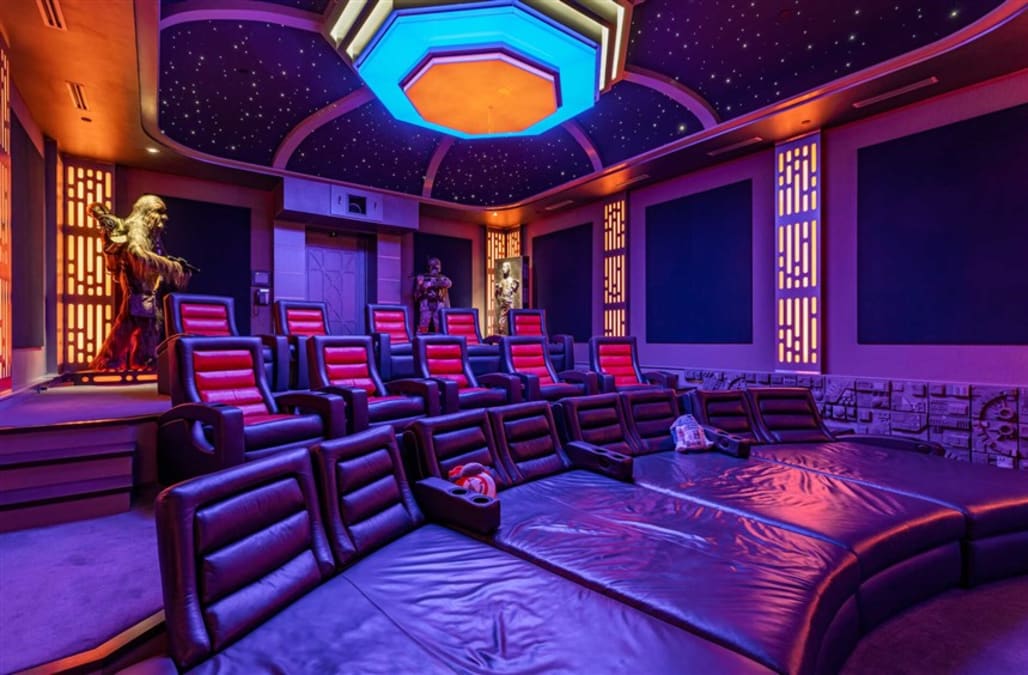 The only downside? The "Star Wars" merch is not included in the $26.5 million sale price. However, if you’re a true fanatic with Jaba the Hutt-type wealth, you can purchase the memorabilia separately for an undisclosed price.

And the house isn’t just about lightsabers and blasters, either. There are plenty of impressive features for the less sci-fi savvy, including a fruit tree orchard, a tennis court and an observatory — plus both indoor and outdoor pools.