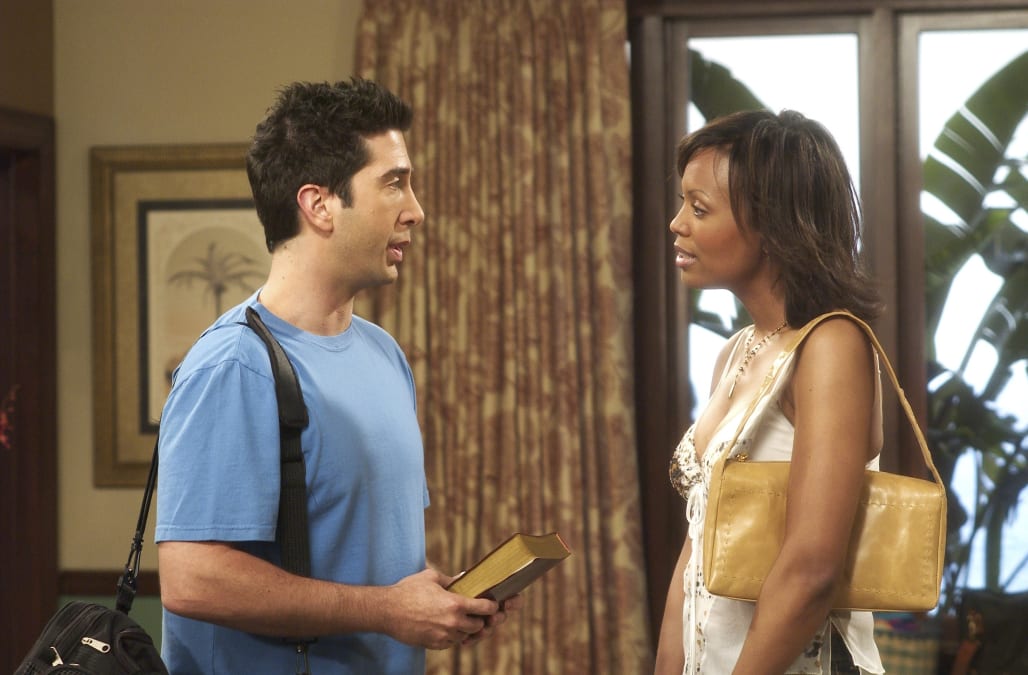 David Schwimmer knows "Friends" had a diversity problem and in a new interview, revealed that he actively tried to change that.

"I was well aware of the lack of diversity," the actor told the Guardian in an interview published Monday.

"I campaigned for years to have Ross date women of color," he continued. "One of the first girlfriends I had on the show was an Asian American woman, and later I dated African American women. That was a very conscious push on my part."

Although the show has been criticized in recent times for not only its lack of diversity but sexism, homophobia and fat-shaming, Schwimmer told the Guardian he doesn't care.

"The truth is also that show was groundbreaking in its time for the way in which it handled so casually sex, protected sex, gay marriage and relationships," he said. "The pilot of the show was my character's wife left him for a woman and there was a gay wedding, of my ex and her wife, that I attended."

"I feel that a lot of the problem today in so many areas is that so little is taken in context. You have to look at it from the point of view of what the show was trying to do at the time," he continued. "I’m the first person to say that maybe something was inappropriate or insensitive, but I feel like my barometer was pretty good at that time. I was already really attuned to social issues and issues of equality."

Despite being labeled "problematic," the sitcom remains hugely popular and rumors of a reboot are rampant. The 53-year-old, however, isn't into the idea.

"Why mess with what felt like the right way to end the series?" he said. "It would have to make sense creatively and nothing I’ve heard so far presented to us makes sense."

Schwimmer did, however, have ideas for a different remake: "Maybe there should be an all-black 'Friends' or an all-Asian 'Friends.'"