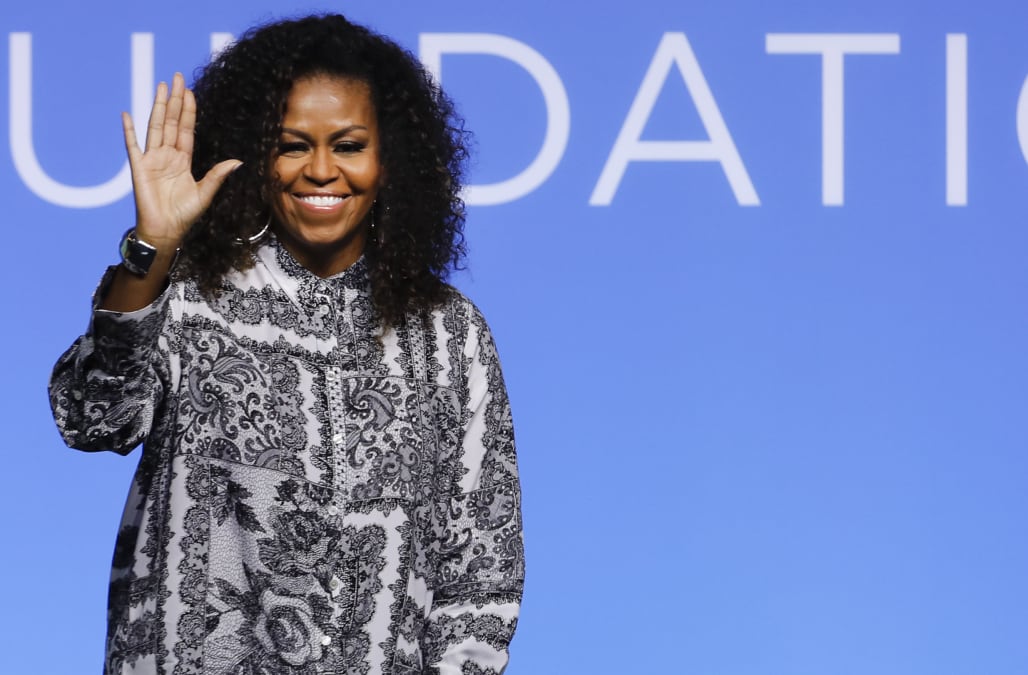 Michelle Obama is now a Grammy winner. The former first lady took home the trophy in the Spoken Word Album category for the audio recording of her bestselling 2018 memoir “Becoming.”

Obama wasn’t at Sunday’s ceremony to collect her award, but Esperanza Spalding, who won this year’s Grammy for best Best Jazz Vocal album, accepted it on her behalf.

A representative for the Obamas did not immediately respond to HuffPost’s request for comment.

In “Becoming,” Obama tells the story of her childhood and life leading up to the 2008 election. The memoir quickly became the bestselling book of the year following its release in November 2018 with millions of copies sold around the world.

Congratulations to @michelleobama on her Best Spoken Word Album GRAMMY Award win for her narration of the BECOMING #audiobook! #GRAMMYs@RecordingAcad#IAmBecominghttps://t.co/kKaKtniP1Npic.twitter.com/e9iS2IA73a

Obama is the second first lady to win a Grammy. Hillary Clinton nabbed the Best Spoken Word Album award in 1997 for her book “It Takes A Village” during her husband’s presidency.

Michelle Obama, Becoming
BUY IT
Up Next

Former President Barack Obama has also won two Grammys in the same category for his memoirs ”Dreams from My Father” in 2006 and “The Audacity of Hope” in 2008.

Following Michelle Obama’s win on Sunday, Twitter lit up with fans ― including former Vice President Joe Biden ― hoping she would go on to become an EGOT (a term for people who win an Emmy, Grammy, Oscar and Tony award).

The Obamas’ production company, Higher Ground Productions, has been nominated for an Academy Award this year for the Netflix documentary “American Factory.”

“Congrats @MichelleObama on winning a Grammy for telling your story with strength ― and with grace,” Biden tweeted. “Jill and I are so thrilled for you. Just beat Barack to an EGOT, will ya?”

Congrats @MichelleObama on winning a Grammy for telling your story with strength — and with grace. Jill and I are so thrilled for you. Just beat Barack to an EGOT, will ya? https://t.co/EpDsGz4KYj

More from HuffPost US:
Neil Young just became a U.S. citizen and he has a political message for his fellow Americans
Taylor Swift opens up about body image, eating disorder
Mariah Carey hacked on Twitter right in the middle of her ‘freaking nap’