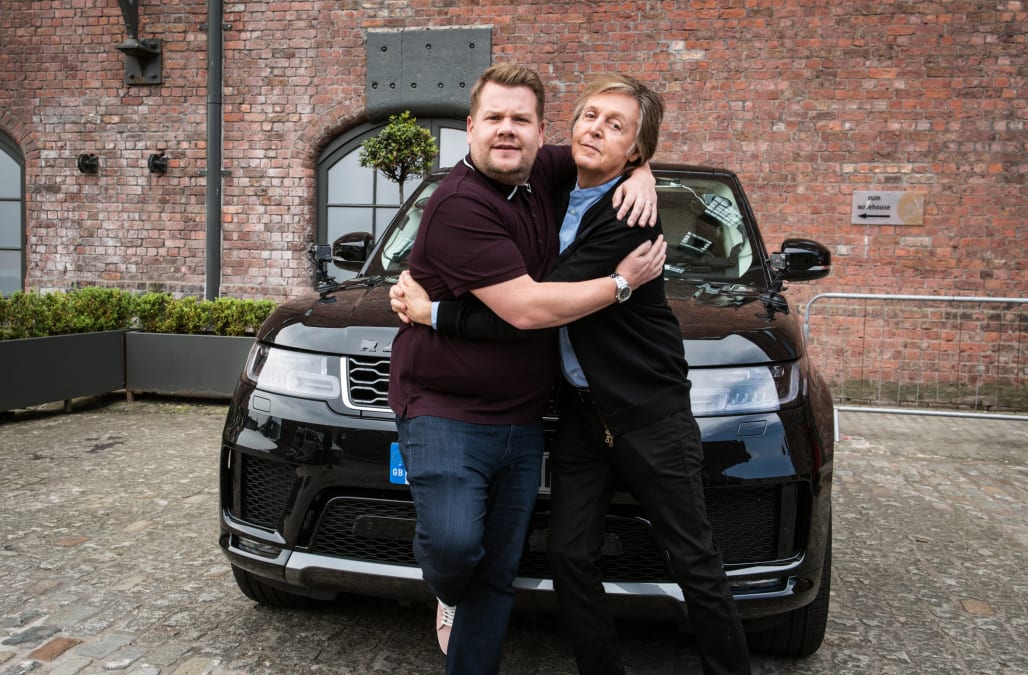 New videos have “Carpool Karaoke” fans in a tizzy ― does James Corden even really drive?

The “Late Late Show” host was snapped shooting an episode with Justin Bieber this week, blowing people’s minds when they realized the Range Rover was actually being towed by a truck.

Saw James corden and Justin Bieber filming carpool karaoke and this is why I have trust issues — he isn't even driving! pic.twitter.com/bkP9moGJmu

“Saw James Corden and Justin Bieber filming Carpool Karaoke and this is why I have trust issues—he isn’t even driving!” Twitter user @ZoliHonig wrote.

“Next thing you know they gonna tell us that his friends don’t *actually* need a ride,” he joked.

Another person corroborated the story:

Lol I saw it too pic.twitter.com/1VMJvGJDlZ

Fans proceeded to freak out. “Lol my life was a lie,” one Twitter user wrote. “It should be CARPULL KARAOKE,” said another.

Others pointed out it was a smart choice to put “safety first” so they could be free to concentrate on belting it out.

Corden’s team issued a statement to set the record straight.

“James always drives during ‘Carpool Karaoke,’” the statement said, according to E! News.

“However, on the rare occasion when there is a stunt component and the producers feel it is unsafe to drive, we will use a rig (tow).”

Other Twitter users pointed out that they had seen Corden driving while filming the show:

When I saw him filming in 2017 with Katy Perry he was driving! https://t.co/4IBuc8H3bghttps://t.co/sdbpIqYmC6

Corden apparently wasn’t too bothered and added to the drama with another big “revelation”:

guys, we don't even use a real car pic.twitter.com/O0sxMwNFtP