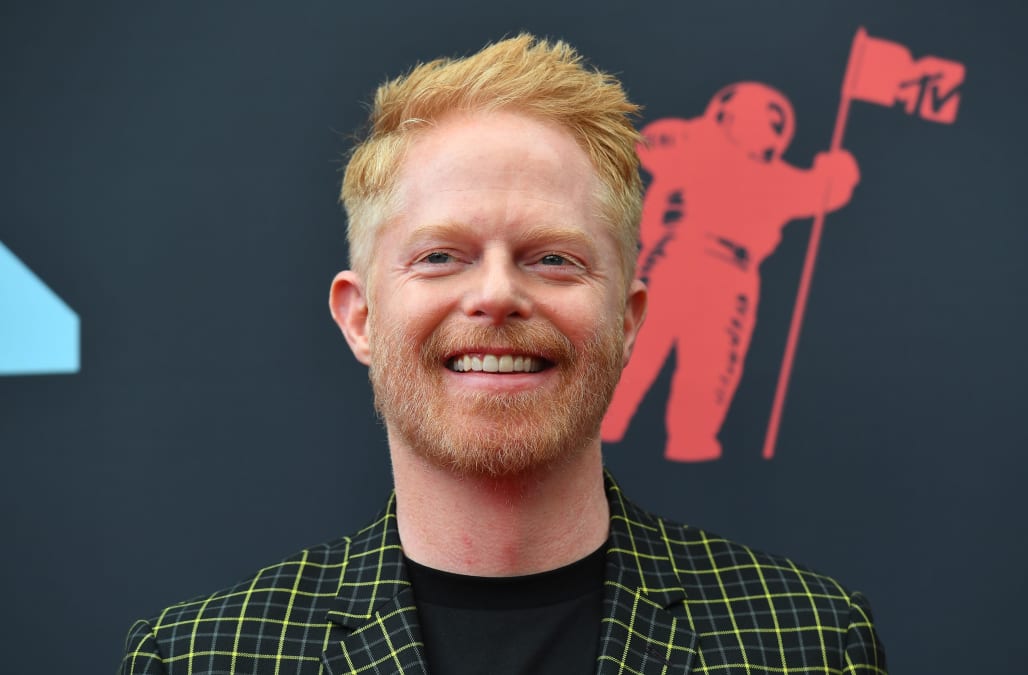 Looks like Jesse Tyler Ferguson's Modern Family is about to get a little bigger!

The 44-year-old star made the admission that he and his husband of seven years, lawyer Justin Mikita, are expecting a child on Wednesday night's episode of The Late Late Show With James Corden.

Ferguson appeared on the show alongside actor Charlie Hunnam where the three man chatted about turning 40 and what the 40s mean to each of them:

"[Your 40s are] when you finally become an adult, I feel," Ferguson said, "I need to start getting serious about things."

"Actually this is something I haven't even mentioned to anyone ... but I'm actually expecting a baby in July with my husband. I’m very excited but I’m 44 now, I’m like, ‘Let’s get this show going!'"

21 PHOTOS
Jesse Tyler Ferguson out and about
See Gallery

When Corden asked whether or not the happy couple was having a boy or a girl, Ferguson jokingly replied "A human!"

"You are going to make the best parents, the two of you," Corden assured him.

Ferguson and Mikita were married in 2013. This will be the first child for the pair.

Later on, Corden and Ferguson discussed the end of an era as Modern Family pulls to a close with only three episodes left to film.

"It's incredibly sad, it's something I've been doing for 11 years ... it seems like a lifetime and now it's flown by. the schedule is so wonderful, we work very short hours, the writing is so fantastic ... we will never have a job this good."

As for Ferguson's next steps professionally, it was announced last summer that he would be taking over as the host of the upcoming reboot of HGTV’s Extreme Makeover.