Gwyneth Paltrow explains the origin behind her 'vagina' candle: 'We were on mushrooms' 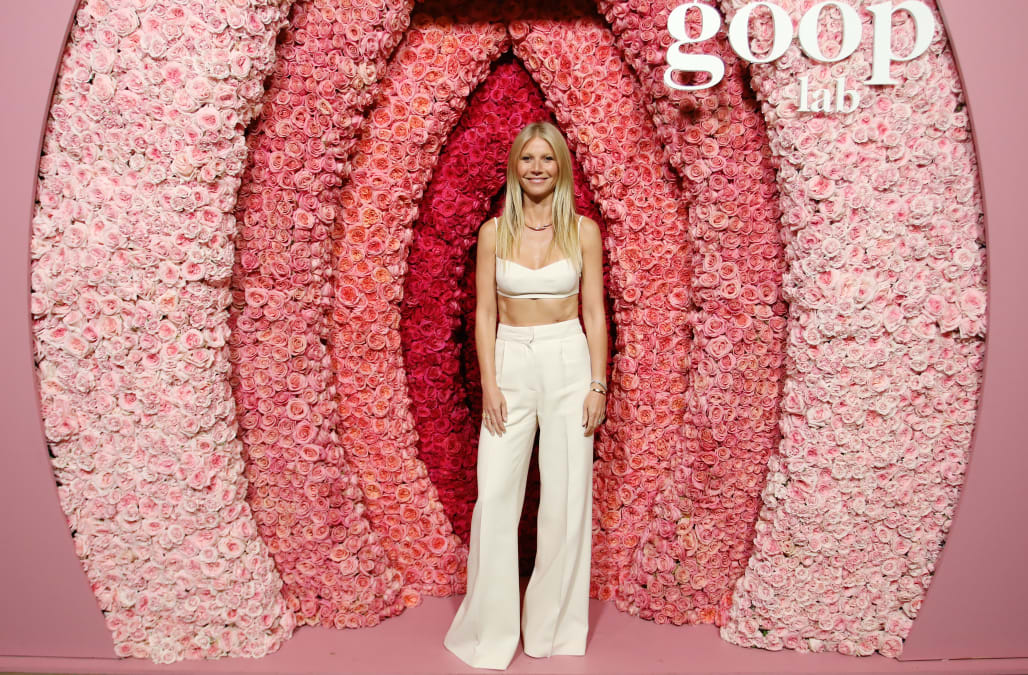 The more pretentiously bizarre, the better when it comes to projects and products for actress and entrepreneur Gwyneth Paltrow.

This has certainly proven to be true for the Goop founder's newest product that's already completely sold out -- a $75 candle quite literally named 'This Smells Like My Vagina'.

The candle, which promises to evoke a "mind of fantasy, seduction, and a sophisticated warmth" naturally made headlines due to its shock-worthy name, leaving many to wonder just what Paltrow and the Goop team were going for when they came up with the concept.

What’s better than GP in a floral vulva? GP in new #GLabel in a floral vulva. #ThegoopLab⁣ ⁣ P.S. her #GLabel outfit is available for pre-order this Sunday. Binge the show and set your alarms. 📸: @gettyimages

Well now it seems as though fans and consumers have answers thanks to Paltrow's latest late-night admission.

The 47-year-old appeared Late Night With Seth Meyers on Wednesday in a hilarious appearance where she bantered about everything from psychedelics to cleanses and to yes, that candle.

In the clip above, Meyers gives Paltrow the floor, allowing her to explain the candle and its inception in her own words without so much as asking a question.

"It sort of started as a joke ... [Douglas Little of Heretic Parfum] and I were kind of messing around and I smelled this beautiful thing and I was like 'this smells like my vagina!' I was kidding, obviously, and we were on mushrooms -- just kidding we weren't on mushrooms!

It actually became kind of a funny thing where it was really funny to us but also a little bit punk rock ... I think women, a lot of us, have grown up feeling certain degrees of shame about our body so this is just a little bit of a subversive candle for all of us out there."

Inside joke turned brilliant marketing strategy? Not bad for anyone involved.

Well, maybe bad for those who couldn't get their hands on the strangely coveted candle before it sold out!

Season one of Paltrow's new docu-series around her wellness company, aptly titled The Goop Lab, will premiere on Netflix on January 24.

More from Aol.com:
Adam Devine attempts to define Gen-Z terms: 'I cannot wait to call people VSCO girls'
Kourtney Kardashian on being pregnant again: 'I wish'
Kim K. shows off 'morning madness' at home: 'Why is there a baby on the table?'