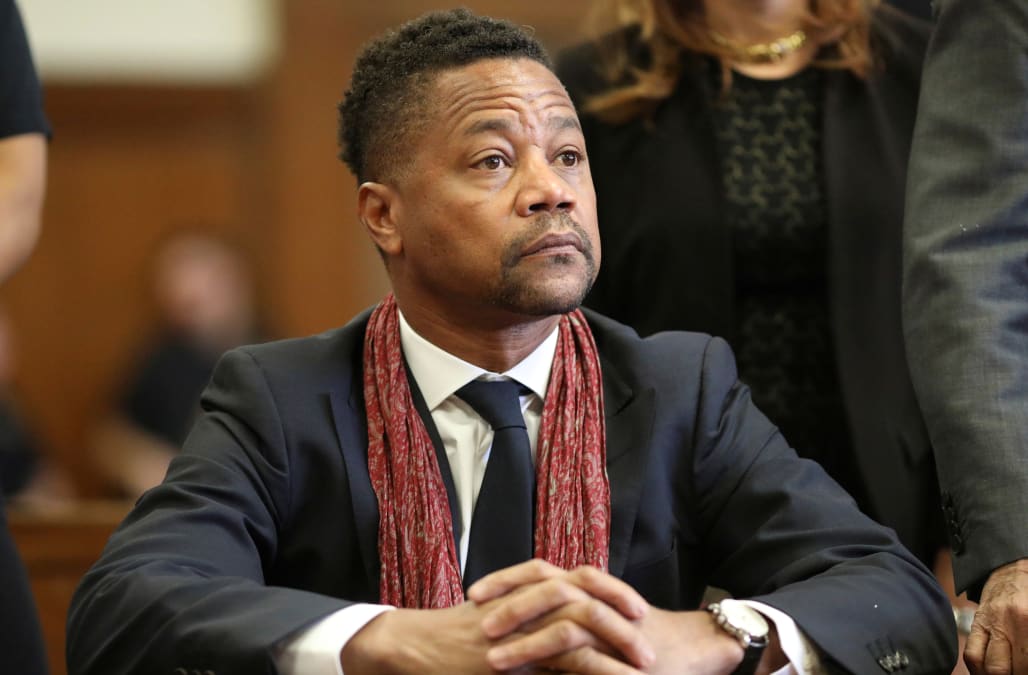 Cuba Gooding Jr.'s groping trial will begin on Apr. 21, a judge declared Wednesday. Gooding has been charged with forcible touching and sexual abuse stemming from three alleged incidents. Judge Curtis Farber ruled that two additional women who have accused the 52-year-old actor of unwanted sexual touching will be allowed to testify.

The New York Times reports the Manhattan district attorney’s office asked to put 19 witnesses on the stand to show that the actor has exhibited similar predatory behavior for years. One of the women the judge will allow accuses Gooding of having grabbed her backside and licked her neck at a New York hotel bar in 2013. The other woman claims the Oscar-winning actor groped and forcibly kissed her at a bar in California in 2018.

Judge Farber said in his order that admitting all 19 witnesses would result in "undue prejudice," but that the "probative value of admitting a limited selection of incidents outweighs any such prejudice."

One of Gooding’s attorneys, Mark J. Heller, told the Times he considered the judge’s ruling to be a "tremendous victory" for the defense. Heller has said that when a celebrity is charged with a criminal offense, people tend to "come out of the woodwork with allegations that are all over the place and, for the most part, aren’t provable."

Related: Cuba Gooding Jr. out and about

Gooding arrived late on Wednesday to court — the same building where opening arguments began in Harvey Weinstein's rape trial. According to Page Six, the actor was scolded by the judge.

"You have to leave early next time," Farber ordered.

The Jerry Maguire star was arrested in June 2019 after allegedly groping a woman's breast at a Manhattan club. He has maintained no wrongdoing. Since then, an additional 21 women have come forward with allegations of unwanted touching by the actor. He was hit with additional charges from two other incidents, from 2018, in which he allegedly pinched a woman's behind at the Tao Downtown nightclub and allegedly forcibly kissed a female server at Upper East Side hotspot LAVO.

Gooding faces a total of six counts. Each case involves two misdemeanor charges, of forcible touching and third-degree sexual abuse. He faces a maximum penalty of one year in jail.