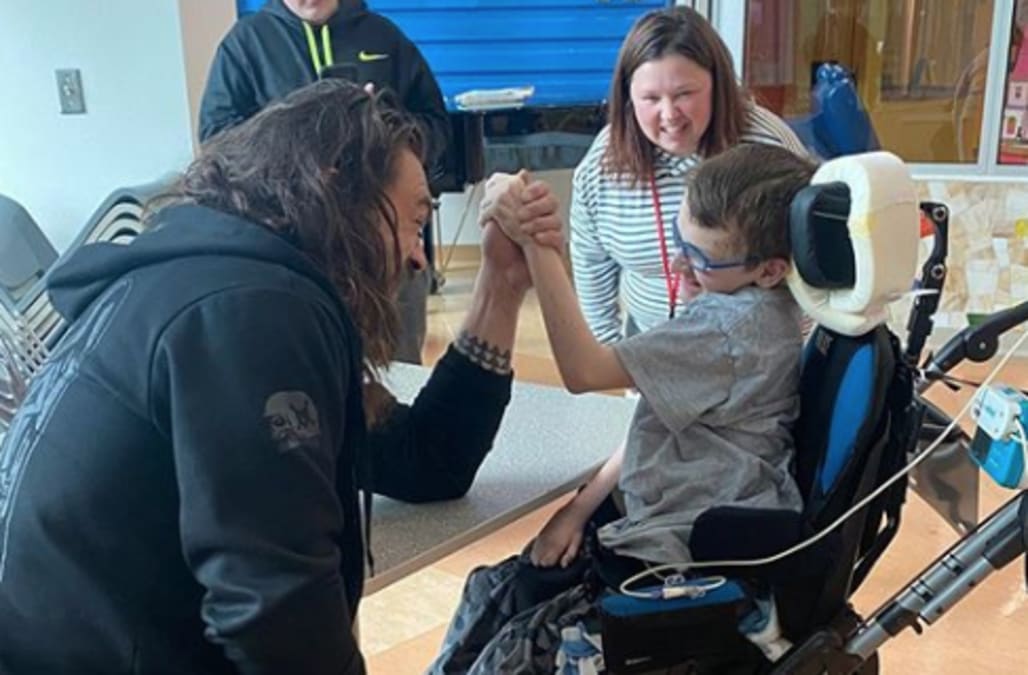 He's known as a larger-than-life guy, but Jason Momoa recently found himself more impressed by people a fraction of his size.

The "Aquaman" star spent a morning this week at the UPMC Children's Hospital of Pittsburgh, where he sat down with kids for conversations, photos and an intense arm wrestling showdown. "Met so many strong babies," Momoa captioned a gallery of photos and videos from his visit. "All my aloha to the families."

Scroll through Momoa's post to see him arm wrestling with a young patient named Joshua, who "bet that if he beat me in arm wresting he gets to have my trident," Momoa wrote.

the greatest part of being aquaman is making children happy spreading aloha had a little time before work to stop by UPMC children’s hospital of pittsburgh met so many brave strong babies all my aloha to the families. me and joshua bet that if he beat me in arm wresting he gets to have my trident. see u on set of aquaman 2 joshua. stay strong @childrenspgh aloha j

Upon besting Momoa in arm wrestling, the boy secured himself a highly-coveted invite: "See u on set of Aquaman 2 Joshua," Momoa added.

A handful of parents also joined in for the sweet photos.

Thanks to actor Jason Momoa, for stopping by this morning to visit the patients and families at UPMC Children’s! pic.twitter.com/SIcMhy8UEy

The famously good-natured actor is no stranger to kids: He's dad to 12-year-old Lola and 11-year-old Nakoa-Wolf, both of whom he shares with wife Lisa Bonet. 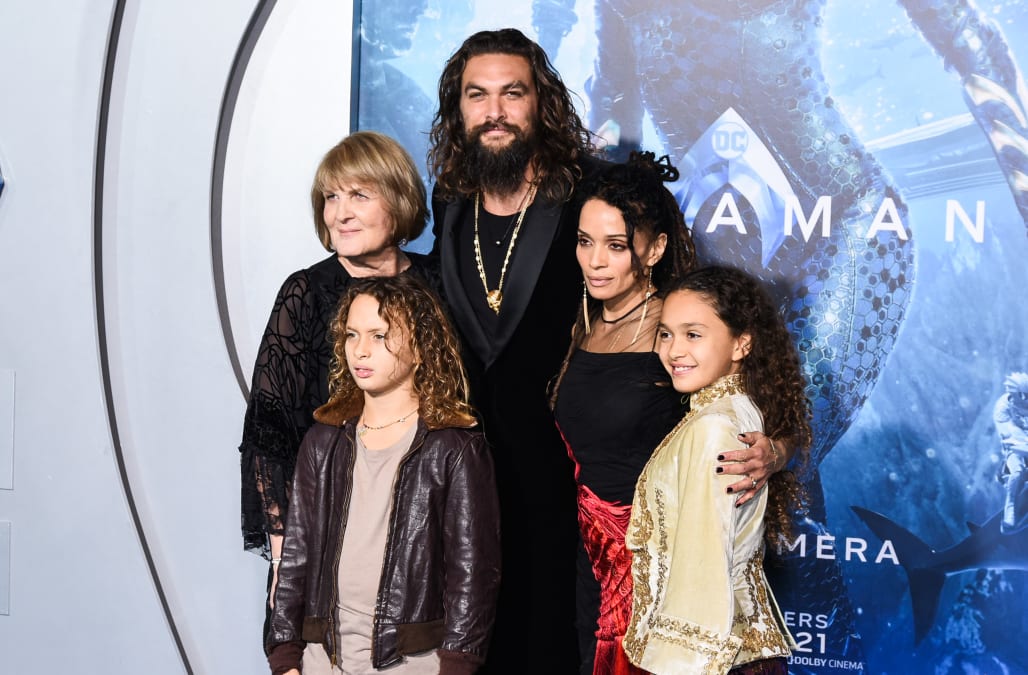 Momoa has been in Pittsburgh for the past several months filming the upcoming Netflix thriller "Sweet Girl." It's unclear when he'll officially head into production for the "Aquaman" sequel, which is slated for a 2022 release.