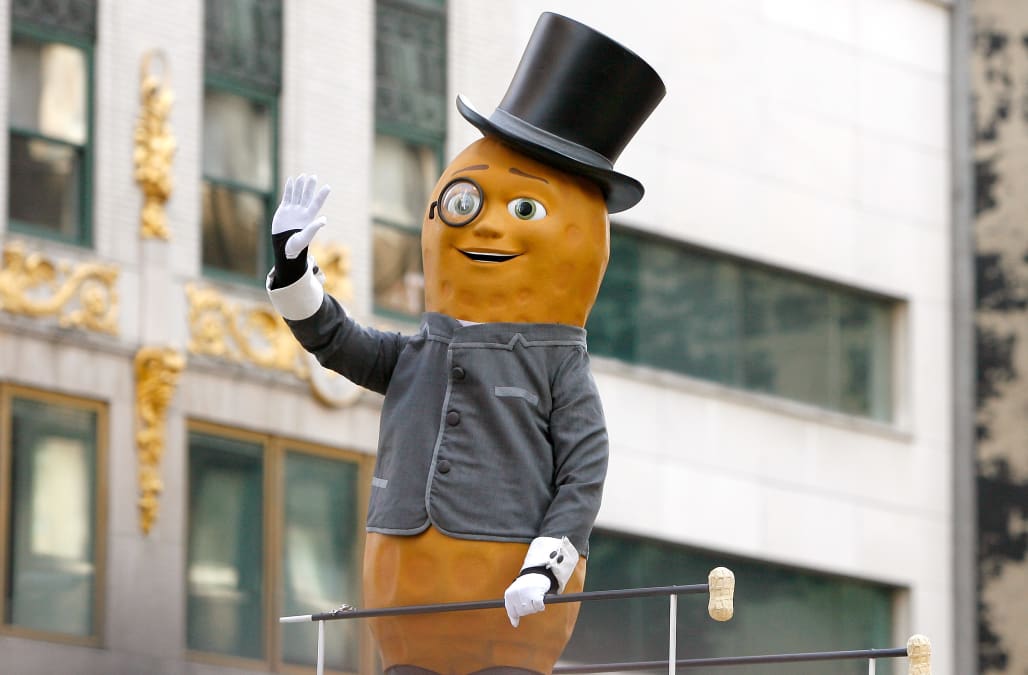 No, you didn’t misread it. Mr. Peanut, the name of Planters’ longtime mascot, was trending on social media Tuesday after the peanut brand announced his death following a car accident alongside his celebrity friends, Wesley Snipes and Matt Walsh.

What the character’s “death” will actually mean is yet to be seen — but it’s all part of the Super Bowl advertising blitz that invades American TV sets every year about this time.

In the case of Mr. Peanut, Planters has teased that his funeral will take place during the third quarter of Super Bowl LIV, the Feb. 2 showdown between the San Francisco 49ers and the Kansas City Chiefs in Miami.

It is with heavy hearts that we confirm that Mr. Peanut has died at 104. In the ultimate selfless act, he sacrificed himself to save his friends when they needed him most. Please pay your respects with #RIPeanutpic.twitter.com/VFnEFod4Zp

Not only that, but Planters offered commemorative pins to people who encountered his peanut-shaped vehicle in the days ahead of the NFL championship. They asked them to share their memories of the mascot with the hashtag #RIPPeanut. And it worked.

Mr. Clean is lamenting the death of Mr. Peanut and now I'm not sure what's real anymore. I just need Mr. Coffee to tell me things are going to be all right. #RIPeanuthttps://t.co/TyqMXMWxpZ

Photographic EVIDENCE that Mr. Peanut is ALIVE and living in Cuba! Wake up sheeple! #RIPeanutpic.twitter.com/dJ8DuA3F4p

Time to pour one out for my boy #RIPeanutpic.twitter.com/AePZPdeVao

Me when I find out Mr. Peanut died #RIPeanutpic.twitter.com/kVxBqjsAvM

Bro this was his last tweet before he passed, what a legend #RIPeanuthttps://t.co/dy9cK0qmER

In all seriousness, though, Mr. Peanut was a big deal. Planters began using him, as they said, way back in 1916. The look came about thanks to both Antonio Gentile, a “schoolboy who submitted his sketch to win the Planters contest for a brand icon” and a commercial artist, who added what became Mr. Peanut’s signature accessories: a monocle, a cane, and a top hat, according to Planters. When the brand began advertising in 1918, Mr. Peanut was there.

By about 1938, Mr. Peanut had appeared on his first billboard in Times Square. He starred in his first TV commercial in the ‘50s. The character was welcomed into Madison Avenue’s Advertising Walk of Fame in 2004.

NFL teams that have never won a Super Bowl

By about 1938, Mr. Peanut had appeared on his first billboard in Times Square. He starred in his first TV commercial in the ‘50s. The character was welcomed into Madison Avenue’s Advertising Walk of Fame in 2004.

Mr. Peanut’s death is the latest in a long line of gimmicks that brands have used leading up to the Super Bowl. It ranks up there with IHOP changing its name to IHOb (for burgers).