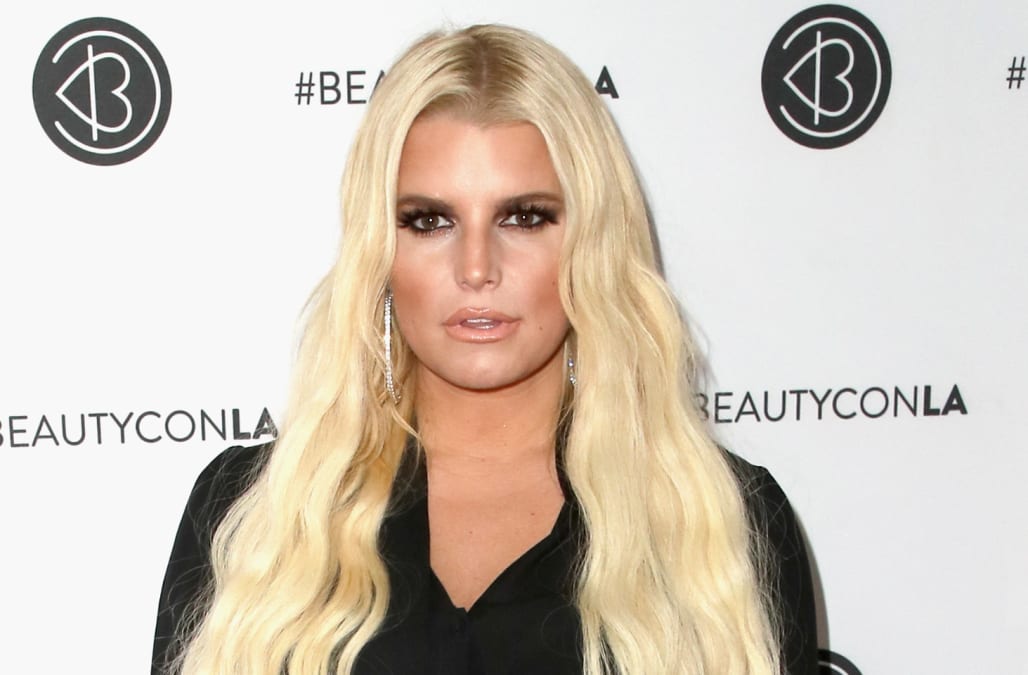 In an excerpt from her upcoming memoir, Open Book, the 39-year old singer reveals that she was sexually abused as a child, starting when she was 6 years old.

"[It happened] when I shared a bed with the daughter of a family friend," she writes in excerpts released by People. "It would start with tickling my back and then go into things that were extremely uncomfortable."

Jessica kept the secret to herself for years. "I was the victim but somehow I felt in the wrong," she writes.

Six years after the abuse began she told her parents, Tina and Joe Simpson, about it while on a car trip. Jessica writes that, in response to her statement, Tina slapped Joe's arm and said, "I told you something was happening."

"Dad kept his eye on the road and said nothing," she writes. "We never stayed at my parents’ friends house again but we also didn’t talk about what I had said."

The sexual assault, along with other experiences in her life, led Jessica to a point where, she writes, she was "killing myself with all the drinking and pills."

It all came to a head after a Halloween party in 2017. In her book, Jessica recalls telling her friends, "I need to stop. Something’s got to stop. And if it’s the alcohol that’s doing this, and making things worse, then I quit."

"Giving up the alcohol was easy," she tells People. "I was mad at that bottle. At how it allowed me to stay complacent and numb."

Another part of her recovery came through therapy, which, she writes in her book, helped her "to feel the traumas I'd been through."

"When I finally said I needed help, it was like I was that little girl that found her calling again in life," she tells People. "I found direction and that was to walk straight ahead with no fear."

"Honesty it is hard but it’s the most rewarding thing we have," she adds. "And getting to the other side of fear is beautiful."

In conjunction with the release of her memoir, Jessica, who narrated the audio book, will also drop six new songs, all of which are meant to inspire those going through a tough time.

"It’s been a long, hard, deep emotional journey, one that I’ve come through the other side with pure happiness and fulfillment and acceptance of myself," she tells the magazine. "I’ve used my pain and turned it into something that can be beautiful and hopefully inspiring to people."

Jessica Simpson's Style Transformation
Jessica was sparkly in this tight black dress at the Billboard Music Awards.
A little rain would never hold Jess back, in a bedazzled pink dress for the 27th Annual American Music Awards.
We think Jess was channeling Britney Spears' red leather suit from her "Oops I Did it Again" music video when she attended the 2001 American Music Awards.
Jessica attended the event honoring Janet Jackson in a dress that matched her highlighted hair.  If we're being honest, it looks a little like a child took scissors to the dress and just kept cutting!
Jess blew a kiss to the camera, wearing daisy duke shorts and a very long, very metallic and midriff-baring vest.
Jess attended the 15th Carousel Of Hope Ball this this neutral embellished strapless gown.
The singer wore a short sparkly dress to the MTV Bash.
Bleach blonde and tan, Jessica showed off some cleavage in this white suit at the MTV Video Music Awards.
Jess went pink from head-to-toe (literally, those are pink highlights) in this jumpsuit for the 31st Annual American Music Awards.
Simpson attended the Golden Globes in this strapless gown with a floral accent on the neckline.
Ah... the 2000s, a time for wide flowing pants and crop tops.
Jessica left little to the imagination in this gold shimmering gown by Donna Karan during 2004 VH1 Divas.
Simpson looked pretty and youthful at the 5th Annual Latin GRAMMY Awards, wearing a grey tulle strapless dress.
Jess chose sheer graphic print accents for her People's Choice Awards dress in 2005.
Jess looked classic and elegant at the 2005 Vanity Fair Oscar Party.
Decked out in red floral Chanel Couture for the Costume Institute Gala at the Met, Jess struck a pose.
She chose a simple blue dress and metallic heels for the L.A. premiere of "The Dukes of Hazzard".
Jessica belted her flowy top and paired it with black accents for the MTV Video Music Awards.
Jess looked striking at the Gucci Spring 2006 Fashion Show to Benefit Children's Action Network and Westside Children's Center.
From blonde to red! She chose a coral cocktail dress for the 2006 NCLR ALMA Awards while rocking her new 'do.
Back to blonde just in time for the CFDA awards, Simpson wore a short lace dress and metallic heels.
Jess attended the 2006 Teen Choice Awards in a cream dress with a full skirt and strappy sandals.
For the premiere of "Employee of the Month," Jessica wore this pretty Oscar de la Renta polka-dotted tulle dress.
The Costume Institute Gala in 2007 was themed "Poiret: King of Fashion," but we think Jessica's metallic Roberto Cavalli gown combined with her darker locks was just a bit too Jessica Rabbit.
Simpson wore this ruched halter dress during the opening of Just Cavalli's New York flagship store.
Jessica attended a gala to celebrate Macy's 150th birthday in New York, wearing a coat with a fur collar.
Jess wore this lace dress for the launch of her fragrance "Fancy" at Dillards in Arizona.
Jess wore a simple black patterned dress for a QVC event in October.
Simpson attended the 2010 Vanity Fair Oscar Party in a sleek one-shouldered silk gown (with pockets -- our favorite accent!).
Jess attended the 2010 White House Correspondents' Association Dinner in this highlighter-yellow dress.
Jess attended an event in Hollywood, wearing a grey and black dress with a serious peplum.
Jessica attended an opening for a Casino in this body-conscious nude dress with metallic embellishments, carrying a simple clutch.
Jessica celebrated her collaboration with Macy's in a little black dress with a not-so-little shoulder accent.
Jess attended the lighting of the tree in Rockefeller Plaza in all black.
Jessica sizzled in a patterned mini dress at the Us Weekly "Hot Hollywood" Party.
Jess promoted her new tween line for girls "Jessica Simpson Girls," showing off a cute baby bump in the process!
Jessica was glowing -- from her pregnancy as well as her shimmering dress!
Simpson, wearing a Jessica Simpson Maternity maxi dress to show off baby number two.
Up Next