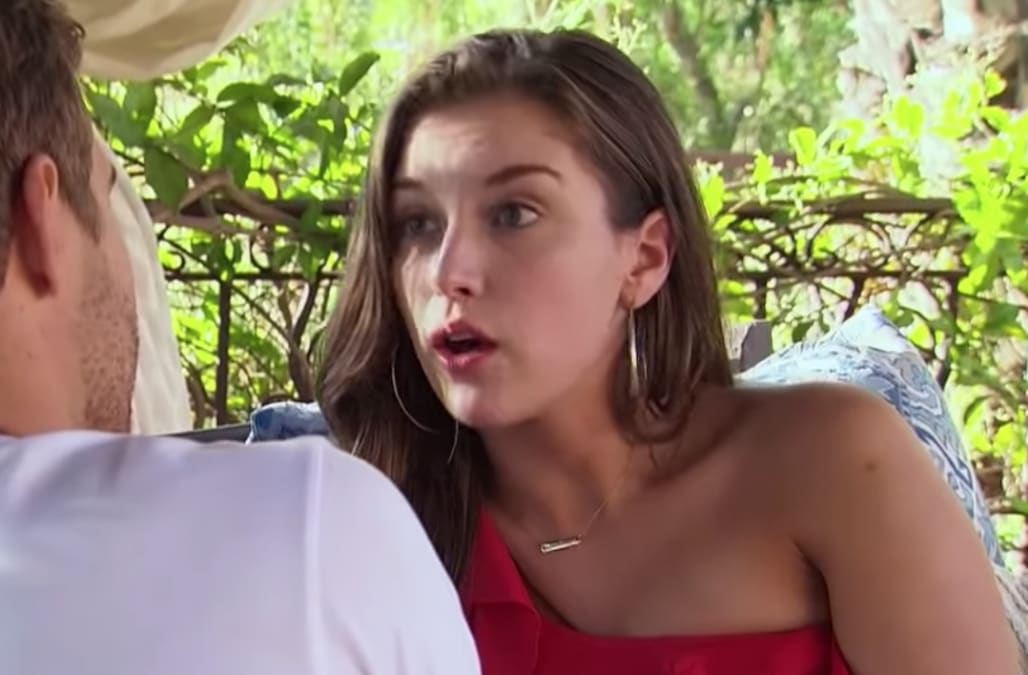 A dramatic episode of The Bachelor ended with a tense rose ceremony Monday, when Peter Weber, who was feeling very conflicted about a contestant named Alayah, first walked out mid-ceremony, then, ultimately, came back with Chris Harrison and an unexpected twist.

With only two roses left to give out, Peter consulted with Chris about Alayah, saying "I want to give it to her so bad, but I just do not want to regret this." Ultimately, after returning to the ceremony, Chris announced to the ladies, "There's been a little bit of a change tonight. This is now the final rose tonight." Chris then took away one of the remaining roses, meaning there was one extra lady being sent home, which we assume to be Alayah.

The moment wasn't a complete surprise to fans, as the two-hour episode was filled with drama surrounding one woman. Prior to Monday's episode, no one knew who Alayah was. However, the Texas pageant queen quickly was made into the night's villain after Sydney called Alayah out on not being genuine and turning herself "on" for the cameras.

Sydney's claim gave Peter, and viewers, flashbacks to being frustrated about Luke P. during Hannah Brown's season of The Bachelorette last year.

“I know he has feelings for me...” wow are you Alayah or Luke P?? #TheBachelorpic.twitter.com/TQkrkZrNC5

When Allayah and Luke P meet at stage coach this year #TheBachelorpic.twitter.com/IAEWucgmEE

Peter don’t pull a Hannah B and fall for Alayah like she fell for Luke P. #TheBachelorpic.twitter.com/8hXhIxQTZa

I didnt know Luke P's sister was on the show. #TheBachelorpic.twitter.com/EF9EwuPg8c

However, despite his doubts and concern, Peter decided to look past the red flags because he liked Alayah. That is, until Victoria P., whom Peter really likes, dropped a little tidbit of information.

According to Victoria P., Alayah asked her to "not tell producers" that they knew one another from the pageant circuit prior to coming onto the show. "I didn't really understand why," Victoria P. told Peter. "I was like, I don't want to lie. I can't lie."

Peter then confronted Alayah about not being completely honest, which, ultimately, was the catalyst in his decision of sending her home, but not before Bachelor Nation had a chance to rush to Twitter to poke a little fun at Alayah for being caught in a lie.

Peter: did you tell Victoria to tell producers you didn’t know each other before the show
Alayah:#TheBachelorpic.twitter.com/Z4x2ZQt7hB

Alayah’s face when Peter asked if she told Victoria P to lie #TheBachelorpic.twitter.com/EnmoqDBiDg

When you run out of excuses #TheBachelorpic.twitter.com/MJ74sH5px5

However, while you might think it's surprising that a villain was created and eliminated in one episode, think again. From what we saw in the preview for next week's episode, Alayah will be returning to get the last word.

The Bachelor airs Mondays at 8 p.m. on ABC.

Watch a champagne explosion going embarrassingly wrong on ‘The Bachelor’:

More from Yahoo Entertainment Video:
'Jeopardy!' fans rally to support contestant who struggled with anxiety
‘Jeopardy!' crowns its 'Greatest of All Time’
Champagne explosion goes embarrassingly wrong on 'The Bachelor'