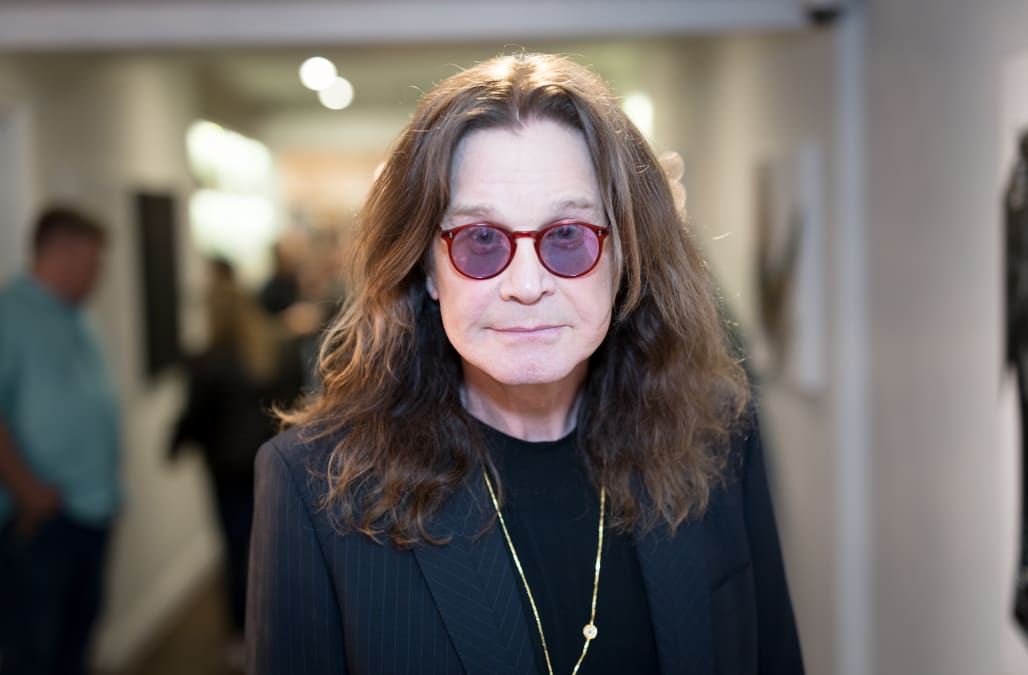 Ozzy Osbourne, famed musician and TV star, revealed in an exclusive interview this week that 2019 was the "worst, longest, most painful and miserable" year of his life.

During the interview with Robin Roberts for "Good Morning America," the artist shared that a bad fall early last year in his Los Angeles home led him to learn of his Parkinson's diagnosis. "I did my last show New Year's Eve at The Forum. Then I had a bad fall. I had to have surgery on my neck, which screwed all my nerves," Osbourne told Roberts.

The rockstar also talked about his struggles since learning he has PRKN2. "It’s been terribly challenging for us all," Osbourne said, but his family has been by his side throughout the entire ordeal. He explained the diagnosis is the biggest reason why he decided to postpone his world tour in April.

GMA FIRST LOOK: @RobinRoberts sits down with rock legend Ozzy Osbourne as he opens up about the fall that postponed his world tour. The full exclusive interview tomorrow on @GMA. https://t.co/YgfBrfobu0pic.twitter.com/o0l3ltSWhq

Osbourne has long faced health rumors, at one point he even denied having Parkinson's, but this year, he decided it was time to come clean about what he's been struggling with.

"I’m no good with secrets," he said. "I cannot walk around with it anymore ’cause it’s like I’m running out of excuses, you know?"

Since the discovery of the disease, Osbourne has begun taking Parkinson's medication and nerve pills as well. He's also headed to Switzerland with his family to seek additional help from medical professionals. Now that "The Prince of Darkness" is on the recovery track, he revealed that he is more than excited to get back in the studio and possibly reschedule some of his shows.

"He’s gonna get back out there," his wife Sharon exclaimed. "And he’s gonna do what he loves to do; I know it."

Take a look at Ozzy Osbourne through the years:

More from Aol.com:
Duane Chapman on his future: It's 'a lot harder now without Beth'
Lindsay Lohan teases album release date for the first time in 15 years
Ryan Reynolds and Sandra Bullock team up in adorable birthday video for Betty White