Jennifer Aniston went bra-less at the SAG Awards, and Twitter has a lot of thoughts 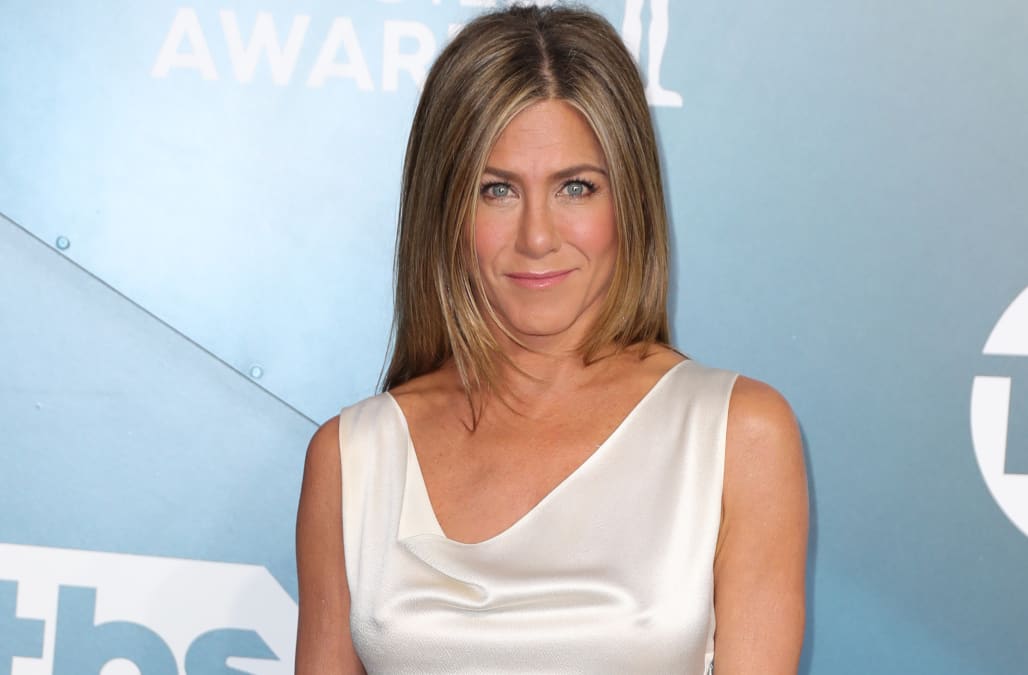 Jennifer Aniston accepted her SAG Award on Sunday night wearing a form-fitting ivory dress with no bra underneath, leaving fans to deliberate: In the year of our Lord 2020, do we really need functional lingerie these days?

For many (okay, most), the answer is a resounding yes. But a number of fans are on board with Aniston's rejection of wiry undergarments, a stance she's really held for decades — there are plenty of "Friends" episodes during which her character, Rachel Green, has clearly forgone a bra. And in the specific case of the SAGS, some saw the look as a subtle power move.

"Jennifer Aniston wearing a white dress with no bra while Brad Pitt is in the room is the mood I’m going for in 2020," one fan tweeted.

Jennifer Aniston wearing a white dress with no bra while Brad Pitt is in the room is the mood I’m going for in 2020.

Some took the move as a green light to "free the nipple" in their own everyday lives: "If Jennifer Aniston doesn’t have to wear a bra to the sag awards I don’t need to wear one to work," one declared.

Others marveled at Aniston's confidence at 50, saying they would happily say goodbye to undergarments if their own figures were in slightly different shape.

Of course, not everyone was feeling the no-bra aesthetic. "Jennifer Aniston should have worn a bra," one dismayed viewer tweeted point-blank, while others wondered if the choice was actually an oversight.

Although it's pretty safe to assume that Aniston went sans bra simply because she wanted to, it's also possible that she avoided undergarments in order to keep her dress free of wrinkles. The "Morning Show" actress posted a snapshot of herself uncomfortably positioned in a car as she attempted to make her way to the awards show without disturbing the fabric.

"No wrinkles... harder than it looks!" she wrote.

No wrinkles... harder than it looks! Somewhere between these two photos, my peers gave me a gift I will cherish and a night I will never forget. Thank you @sagawards, @themorningshow, and our incredible cast and crew. Let’s get back to work!