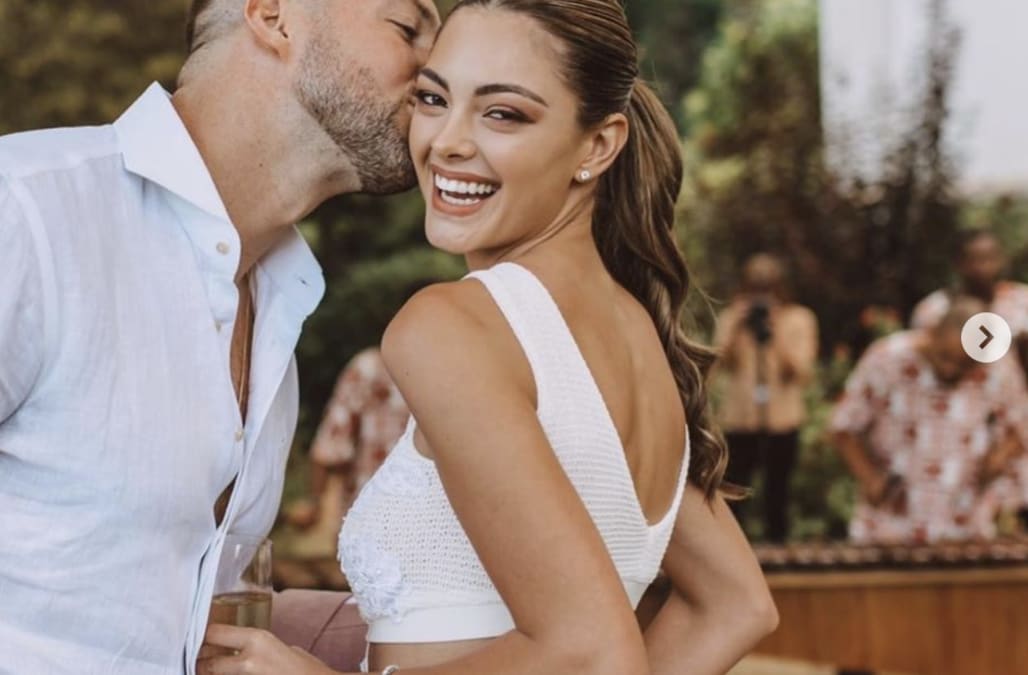 The couple tied the knot in a gorgeous sunset ceremony at La Paris Estate in Cape Town, South Africa, People reports. ET has reached out to Tebow and Nel-Peters' reps for comment.

Nel-Peters, 24, wore a custom-made gown from David's Bridal accented by diamond and pearl earrings from Marion Rehwinkel Jewelry, according to People. Tebow, 32, wore a tuxedo designed by Antar Levar. The couple showed off their pre-wedding festivities on Instagram over the weekend, showing off the celebrations that paid tribute to both their cultures.

The pair's wedding comes a year after Tebow's proposal last January. Tebow confirmed he was dating the former Miss Universe in July 2018 during an interview with ESPN. "She is a really special girl, and I am very lucky and blessed for her coming into my life," he gushed at the time. "I am usually very private with these things, but I am very thankful."

The couple opened up about his romantic proposal in an interview with ET last February. "[I] started part of the planning from months ahead of time," Tebow revealed. "The problem is, once I felt like she started to get a clue, then I would, like, make up something else."

Nel-Peters chimed in, telling ET that Tebow planned everything "so delicately."