Duane Chapman on his future: It's 'a lot harder now without Beth' 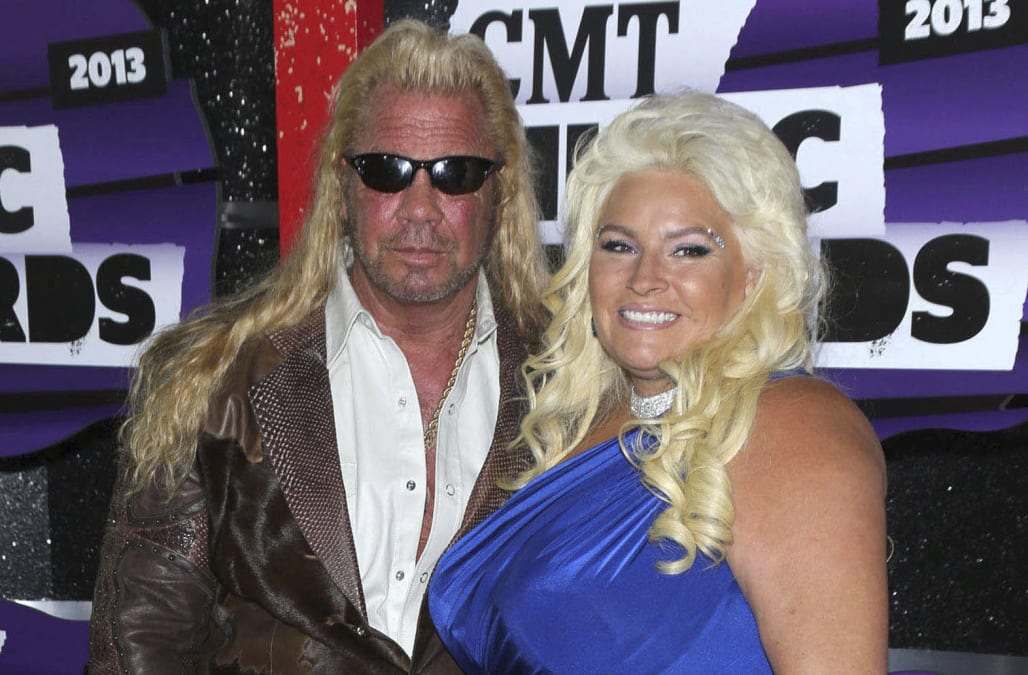 Duane Chapman, better know as Dog the Bounty Hunter, is opening up about surviving life after Beth — and there are some question marks about what’s next for him.

While there is no mention of Moon Angell, his companion as of late, Friday’s New York Times interview does detail the star’s love story with his Dog’s Most Wanted co-star wife, who died from cancer in June. In it, the widower talks of his “need” for love, and how life is “a lot harder now without Beth.”

The article recounts how they got together, with the famous bounty hunter saying they met in 1986 when he posted bail for Beth after she shoplifted a lemon. Things weren’t romantic, though, until a decade later, when he was coming off a very low period in his life — his mother had died and he’d spent a year smoking crack. He eventually sobered up, which is when he and Beth became an item.

It wasn’t smooth sailing, though. They married in 2006, which played out on Dog the Bounty Hunter, but on the eve of the wedding, Duane’s daughter Barbara died. Not long after, marshals barged into the couple’s Hawaii home to take him into custody related to Mexican extradition case. And there was endless family drama — he’s been married four times and has 12 children — such as Duane’s son Tucker selling to a tabloid recordings of him using racial slurs (more on that later). However, the true punch in the gut was Beth battling and then succumbing to cancer, which played out on Dog’s Most Wanted. After, he lost the will to live — and has since battled his own health issues, including being diagnosed with a pulmonary embolism.

“This is the big moment,” Duane said of what is next for him. “That’s the big question.”

For one thing, he said he’s considering writing another book — about Beth.

And he’s also thinking about a new show, as he’s currently without a TV contract.

Either way, making money is at the forefront of his plans. “I’m broke,” Duane told the paper, citing years of medical bills during Beth’s extended cancer battle, as well as the costs of supporting his large family.

Lucky for him, he doesn’t hate the fame he’s found as an unlikely reality star.

“I need the attention. I wake up every day and say, ‘Mirror, mirror on the wall, who’s the baddest bounty hunter of them all?” Duane said before turning to a serious tone and adding, “I need love.”

But the death of Beth has been a very rocky period for him — and it still is, his nearest and dearest say.

“Does Dog want to live or not?” Dr. Mehmet Oz, who had an intervention for Duane amid his health woes, asked. “Dog told me a dream where Beth said, ‘Big Daddy,’” — Beth’s nickname for her husband — “what took you so long? Maybe she’s waiting, what am I living for?’”

Chapman’s manager, Amy Weiss, echoed this, saying, “Dog’s very lonely. I was there at many points in the hospital with him, and it was very difficult. He’s lost, but he knows he must go on and provide for his family.”

Added Oz, “The irony is he’s a man who everyone relies on for advice. He was crutching so much on Beth — how are you going to show up in your own life?”

Since his health scare last fall, Duane has making small strides toward improving his health. He’s cut back on cigarettes (“only two packs” a day) and has been chewing on ice cubes to lose weight (taking him down to 187 pounds.)

The article goes beyond Duane talking about coping with Beth’s death, touching on a lot of other things, past and present. He spoke about that infamous recording of him using a racial slur his son sold to the National Enquirer, leading him to do an apology tour in 2007.

“I thought I had a pass,” he said, having grown up in the prison system (he was convicted of murder in the 1970s and also has 18 robbery convictions, by his count.) And, repeating a claim that his mother is Native American, he added, “It was a word I grew up using. I was wrong.”

He continued, “I’ll never be forgiven for that one. Some people form an opinion of me that I can’t change, but you’ve talked to me and I’m not a racist.”

Chapman also touched on politics, although did not disclose who he voted for, despite attending Trump’s inauguration. He said he doesn’t care who is president. “I feel an allegiance,” he said. “I think Michelle Obama would make a great president.”

He also talked about his belief that teachers should be armed to protect students amid all the mass shootings at schools.

Chapman also touched on his own criminal history while discussing the broken legal system.

“Things could change for the better,” he said, agreeing that the system is particularly hard on African-Americans, and added, “I am the prime example of the system: The bail bond system, the legal system, of crime. I’m a second chance. Guys who don’t have job hopes when they get out, why do you think they go back to what they were doing before they were convicted? If I can change, anyone can.”

He added, “But it’s going to be a lot harder now without Beth, that’s for sure.”