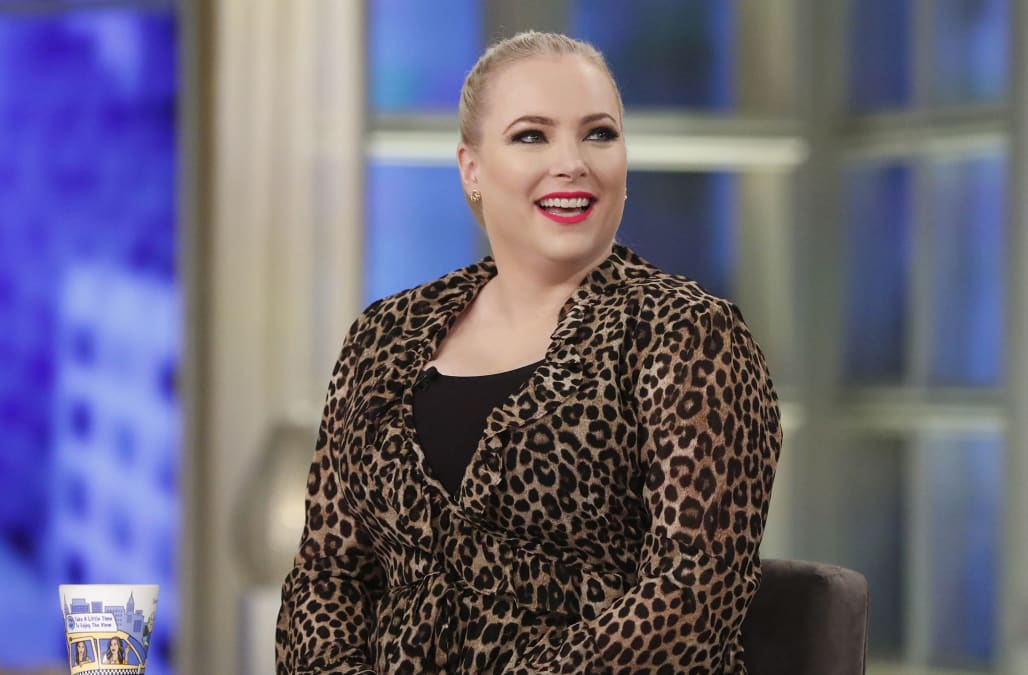 Yes, Meghan McCain has seen the New York Times op-ed calling her “a problem” on The View.

The co-host shared a screenshot of the opinion piece on Twitter and called out the paper for being biased, especially when it comes to conservative women.

.@nytimes⁩ - everyone already knows how much you despise red state, pro life, pro #2A conservative women, and wish we would all just go away. pic.twitter.com/TwTXoLP5l6

McCain received support from her fans and peers, including fellow conservative personality Megyn Kelly, who also feels “hatred for conservative women by the ‘woke.” McCain thanked the former Fox News anchor for backing her.

.@nytimes⁩ - everyone already knows how much you despise red state, pro life, pro #2A conservative women, and wish we would all just go away. pic.twitter.com/TwTXoLP5l6

Bill O’Reilly is also in her corner. He called on Disney, which owns ABC, to “protect her.” He also referenced Vince Vaughn, who shook hands with Donald Trump the other day and had people talking.

Another blatant attempt to “cancel” conservative views. An op-ed in the New York Times demanding Meghan McCain be replaced on “The View.” Vince Vaughn should give her a call. We are seeing Stalinism right before our eyes. Hang tough Meghan. Protect her, Disney.

The article, written by culture writer and reporter Shamira Ibrahim, called The View co-host the show’s “most polarizing and predictable figure” and “the common denominator in the show’s most contentious round tables.”

Ibrahim mentioned McCain’s infamous attempts to interrupt Senator Elizabeth Warren and said that in the “early days of [McCain’s] arrival, the conservative commentator’s on-air spats made for fun TV. Now, it’s just exhausting.” And noted, “It has become the norm to watch [McCain], the daughter of the late Senator John McCain, square off against her co-hosts in a barrage of vehement exchanges — leveraging her political parentage, accusing her co-hosts of supporting infanticide, using her platform to push back against assault weapons bans and progressive immigration policy. The increasingly aggressive rejoinders by her co-hosts have escalated to the daytime TV equivalent of a cage fight for the viewing public, reflecting the frustrations of discourse in our current political climate under the magnifying glass of harsh studio lighting.”

She also wrote that, for some viewers, “McCain is the privileged product of conservative nepotism, capitalism and the American military-industrial complex. That coalescence naturally renders her a villain to progressives, who envision her as the cathartic personification of a punching bag on social media. Conversely, each pile-on reinforces her base with a narrative of the long-suffering victim of censorship.” And McCain “takes pains to use to her advantage as often as possible.”

The piece ended by saying, “The problem is, with [McCain] still on the show, there’s not much to enjoy.”

The article also noted co-host Abby Huntsman’s imminent departure, saying “it’s been suggested that the move was also fueled by rumored discord between the women, who were once thought to be “allies on the set” as the show’s two Republican panelists.

McCain has said she’s “heartbroken” about Huntsman’s exit, but “proud.” However, multiple reports point to rifts between the women — including a period in which they weren’t speaking after an on-camera squabble — as well as a “toxic culture” on the set of the ABC show.