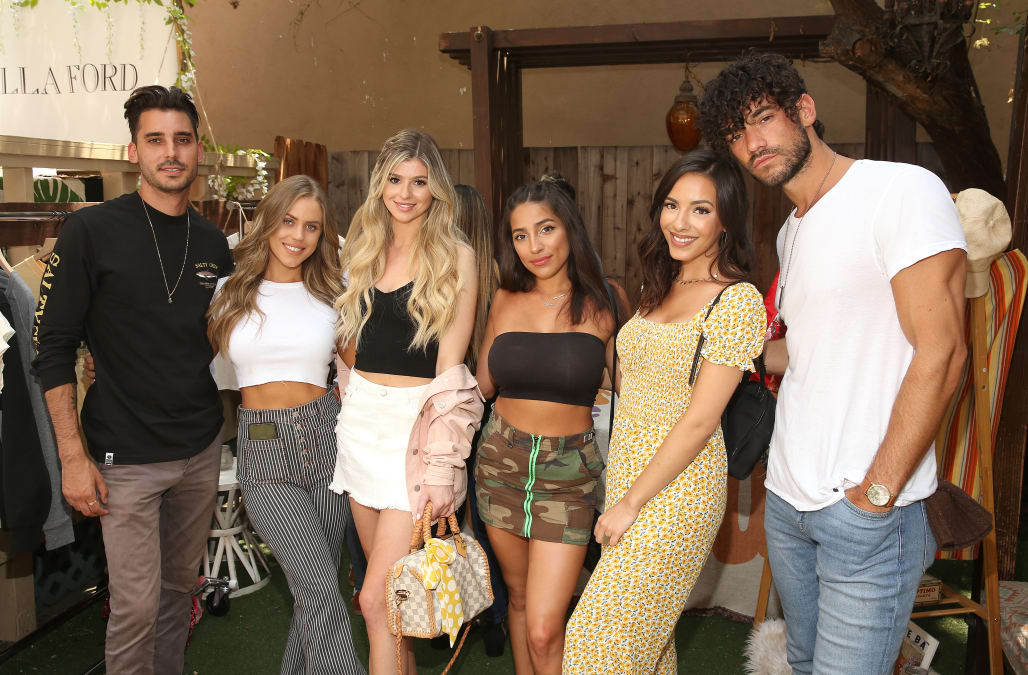 If there's one thing the internet is good at, it's digging up posts and photos from the past that shine the light on concerning, inappropriate and unacceptable behavior.

Part of choosing to be in the spotlight (especially when it comes to the ever-messy sphere of reality television) means knowing that past mistakes may come back to haunt you.

This seems to be the case for Vanderpump Rules newbie Max Boyens who was exposed for racist tweets dating back eight years ago.

*sigh* someone dug up some old tweets of Max. #PumpRules sure picks winners. At 19 years old you should know better. pic.twitter.com/cdhdxOQ3F6

“Theres this girl I see everyday@school, she looks like the girl from the movie precious& I’m not just saying this cuz she’s big and black,” one disturbing tweet read.

Naturally, Twitter was full of backlash, with some even calling for Boyens to be removed from the show:

Stick a fork in him he is done

@Andy@BravoTV needs to do something about all of these racists on every single one of their shows. I’m going to stop watching if they keep giving these racists platforms. IT’S NO LONGER A COINCIDENCE!

These are some of the worst tweets I’ve seen! Wow

"Stick a fork in him he is done," one user wrote.

Boyens was a debut character on Season 8 of the hit Bravo show, where he acts as the general manager of Vanderpump-backed restaurant TomTom.

The star has since issued a public apology to Page Six, which reads:

“I want to sincerely apologize for what I tweeted in 2012 — it was wrong on every level. It is not a representation of who I am. I am shocked I ever tweeted that — and I am disgusted and embarrassed — I am truly sorry.”

Just hours later, another new cast member from this season of Pump Rules was found guilty of posting racist and offensive tweets that were exposed on Instagram:

It has been brought to my attention that the other new guy on Vanderpump Rules (Brett) is also a trash human.

Caprioni is currently a server at SUR restaurant, where the majority of Bravo series is filmed.

"I want to express my deepest apologies for the insensitive, ignorant, and hurtful comments I made," the server wrote.

"I am incredibly ashamed and accept full responsibility, and acknowledge that this language was as unacceptable then as it is now. Please know that I have learned and grown since then and would never use this language today.  From the bottom of my heart, I am truly sorry.”