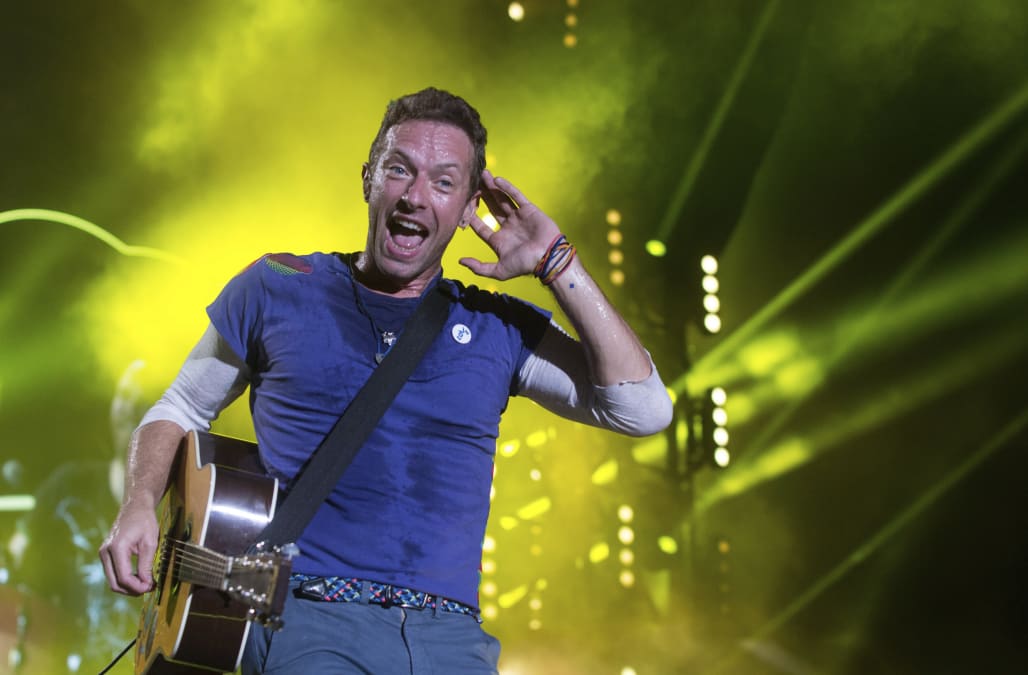 No matter how famous you may be, you're never too famous to embarrass your kids.

Martin appeared on The Ellen DeGeneres Show on Wednesday and told an adorable story about his daughter, Apple, that happened over the weekend.

"My daughter works in a clothing store, it's her first job and she's about to be 16 and I'm so proud of her. And she's, you know, making her way in the world. And I didn't tell her but I ... went to see her and I thought I better buy something," Martin told DeGeneres about his 15-year-old whom he shares with ex-wife Gwyneth Paltrow.

Thank you to my two beauties for the best morning, and for my entire life. I love you both so much. I love all you mamas out there! Happy Mother’s Day!!

The Coldplay frontman then shared that he then grabbed a shirt from one of the clothing racks and got in line to check out at one of the two cash registers when Apple spotted him and angrily mouthed "DAD GET OUT!"

But the story gets even better, as Martin went on:

"I felt terrible and so I moved to the other line, holding my T-shirt really scared of my daughter and I paid for the T- shirt and I had bought her some fudge ... that she loves, so I said to the lady can you just give this to my daughter and as I was leaving she shouted 'I love you dad!'"

Watch more of Martin on Ellen below:

Martin and Paltrow were married for 10 years before the split in 2014 and share Apple and Moses, 13, together.