'Jeopardy!' apologizes for controversial religious question: 'We regret the error' 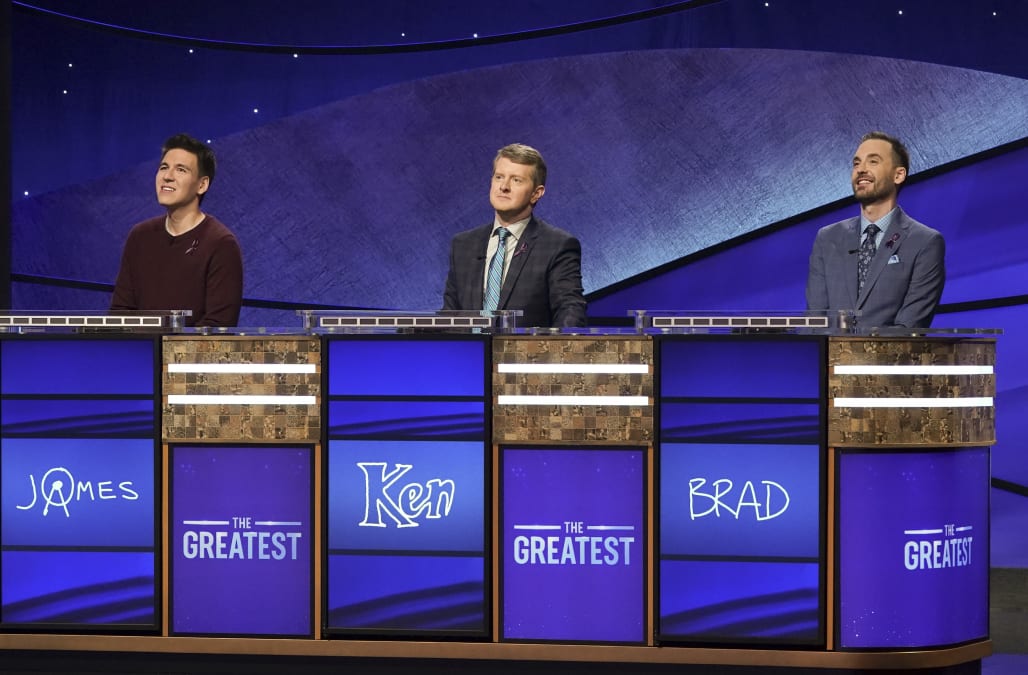 "Jeopardy!" has apologized for a "flawed" question that sparked a religious controversy after it was asked during a recent episode.

The $200 question, asked during last Friday's broadcast, came under a category titled, "Where's that church?" The clue was: "Built in the 300s A.D., the Church of the Nativity."

One of the night's contestants, Katie Needle, buzzed in first with the answer: "What is Palestine?" After her answer was rejected, another contestent, Jack McGuire, answered: "What is Isreal?" McGuire was awarded $200.

The moment sparked a major geopolitical debate, as the Church of the Nativity — which Christians believe to be Jesus' birthplace — is located in Bethlehem, a city in the highly contested West Bank territory. The region is technically controlled by Isreal, but is home to more than 3 million Palestineans and is recognized as a legally occupied Palestinean land by a large portion of the international community.

That fact led to a wave of controversy online, as social media users and historians slammed the show for its mistake.

"This is outrageous," James J. Zogby, president of the Arab American Institue, tweeted. "If 'Israel' had been the answer, it would have been bad enough. But the fact that she gave 'Palestine' as the thought answer and was told it was wrong makes this an outrage & an insult to history, reality, the thousands of oppressed Palestinians of Bethlehem."

This is outrageous. If “Israel” had been the answer, it would have been bad enough. But the fact that she gave “Palestine” as the thought answer and was told it was wrong makes this an outrage & an insult to history, reality, the thousands of oppressed Palestinians of Bethlehem

"What happened is inexcusable. 'Jeopardy!' should apologize and give a clear explanation. This shouldn't just pass calmly and be forgotten," Omar Ghraieb, a Palestinian writer, told Al Jazeera.

Ultimately, "Jeopardy!" did apologize, releasing a statement on Monday that explained the error had been fixed during the episode's taping but had still accidentally made its way into the final broadcast.

"In the process of taping this clue, “BUILT IN THE 300s A.D., THE CHURCH OF THE NATIVITY" we became aware that the clue was flawed as written and that determining an acceptable response would be problematic," the show's statement read.

"In accordance with our rules and in the interest of fairness, we voided the clue and threw it out. We restored Katie’s and Jack’s scores to what they were prior to the clue.  The outcome of the game was not affected. We then continued the game with this replacement clue," the statement continued.

The show went on to explain that the incorrect version of the episode — the one filmed before the question was fixed — made it onto the air due to a "human error" during post-production.

"We regret the error and we will make every effort to ensure this never happens again," the statement concluded.

"Jeopardy!" just wrapped up its "Greatest of All Time" special, during which the show's three highest-earning winners in history — Ken Jennings, Brad Rutter and James Holzhauer – competed for a $1 million prize. Jennings won the multi-night event, which began last week, on Tuesday.