Did Kim Kardashian really boo Tristan Thompson at the Lakers game? Here's what she tweeted 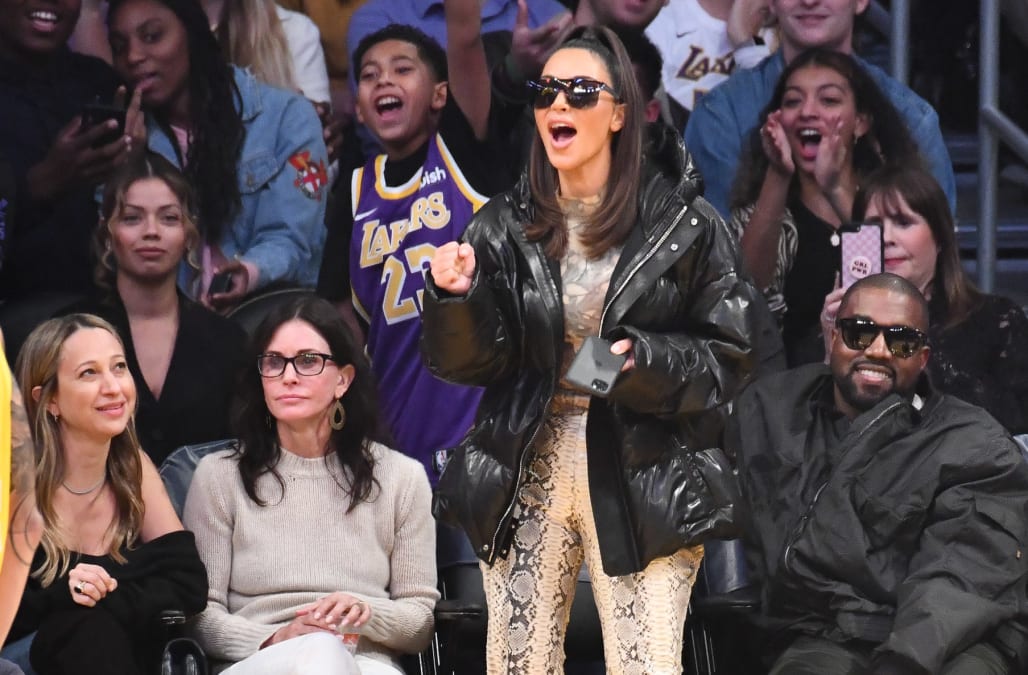 The KKW Beauty founder and her husband, Kanye West, sat courtside at the Staples Center on Monday night to watch the Los Angeles Lakers take on the Cleveland Cavaliers, where they got up close and personal with Tristan.

The couple both wore matching sunglasses and black puffer jackets during the entire game, where they were seated next to Courteney Cox and celebrity jewelry designer Jennifer Meyer.

While it's of course notable that Kimye attended the game where Khloé Kardashian's ex took on the home team, it was unclear to onlookers whether or not the couple was there in support of Tristan or not: While Kim did post a photo of Tristan playing taken from her seat, a video also made the rounds on Twitter that claimed to show the KKW Beauty founder standing up and "booing" Tristan as he prepared for a free throw shot.

The clip was too short to truly tell if Kim was actually booing her younger sister's on-and-off boyfriend, but Kim and Tristan certainly have a colorful history, so it could be believable either way.

That being said, the middle Kardashian sister took to Twitter to dispel any notions that she was booing her the father of Khloé's child after the story made countless headlines on Tuesday.

"I was there to support him! And was cheering screaming LETS GO TRISTAN!!!!!" she tweeted. "I would never go boo anyone. I don’t go to hate, only to cheer."

I was there to support him! And was cheering screaming LETS GO TRISTAN!!!!! I would never go boo anyone. I don’t go to hate, only to cheer! https://t.co/EgaqiepH2z

While they're clearly on better terms now, that wasn't always the case.

Back when Tristan cheated on Khloé with Kylie Jenner's best friend, Jordyn Woods, Kim was perhaps the most vocal family member around the scandal, with a source telling People at the time that "Kim is the one who is really upset about this. She's livid. She's so angry, and she's 100 percent on Khloé's side."

As documented on "Keeping Up With the Kardashians," though, Khloé has been on a journey to forgiveness with Tristan, who she shares 22-month-old daughter, True, with, and there have been signs that the Kardashians have welcomed him back into the fold: Kim and Tristan was spotted at a group dinner in New York City together back in September, and he was also at the Kardashian-Jenner Christmas Eve party last month.

While looking back at the year, Khloé shared a family photo with Tristan and True as part of a 2019 montage video, which followed a tweet she sent to a fan earlier in the month in which she said she wished he had never cheated on her in the first place.

Same babe. Same lol #KUWTK but we are coparenting so well right now. It is a great space to be in. Coparenting is such a hard space. Much respect to all coparenters

"We are coparenting so well right now," she added. "It is a great space to be in. Coparenting is such a hard space. Much respect to all coparenters."

Despite having Kim and Kanye's support, Tristan and his team ended up losing to the Lakers 128-99.